Digging up a century-old libation. 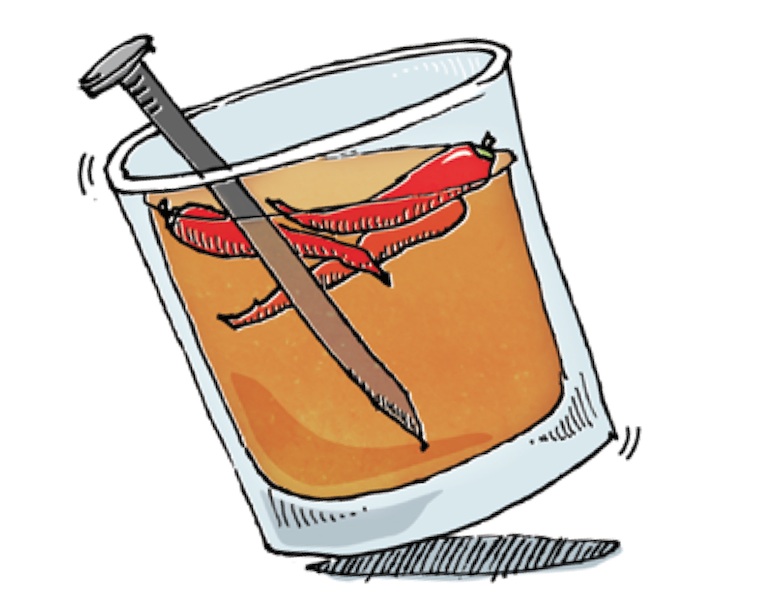 I’ve always been puzzled why there’s no Subway cocktail to be found in the annals of mixology. After all, in 1904, when the first segment of the New York City subway system opened, it was a miraculous innovation, one that shrank the time it took to get around the crowded city and tied its outflung limbs together. That same decade was the first golden age of the cocktail, when the crack bartenders who manned the city’s many elegant watering holes could be relied upon to comment on any new cultural phenomenon with a cocktail, as if new drinks were so many tweets.

And yet, a search through the written record left behind by these “beverage architects” (as they were jocularly known) reveals that the city’s new subway system went unchristened. Plays and novels got cocktails. The automobile, aviation and ragtime music had cocktails. But not one of the volumes that collect the city’s drinks of the day contains a Subway Cocktail, Fizz, Cooler or Punch or, indeed, any drink of any kind whatsoever dedicated to the city’s newest and most spectacular piece of infrastructure.

That’s because, it turns out, there already was a Subway Cocktail, and had been since at least 1893—11 years before the subway debuted. And that original Subway Cocktail was so low-down, funky and disreputable that to even acknowledge its existence was to confess to poor breeding and a taste for low company. It was to admit that you knew Mulligan.

Who was Mulligan? Rather ask what. Mulligan, you see, was what you got when you took a bottle of strong ale and steeped a bunch of hot peppers in it. It didn’t have to be pure ale, either: You could cut it with a little gin or whiskey or both—or, for that matter, just use the booze and omit the ale entirely. You could also supplement the peppers with maybe one or two other spicy this’s and that’s, including the likes of vinegar, pitch-pine splints and iron nails.

As for why on earth you’d want to do this, the answer is a thing called “mixed ale.” That doesn’t sound too bad, all on its own. And indeed, back in England it simply meant a mix of ale and porter, essentially what we call a “black and tan.” In New York, however, it came to mean something rather different. “The basis of it is ale,” the New York Sun explained in 1894, “the dregs and drainings of all the cheapest ale that can be bought. Into this is poured any stale beer that may be lying around … and occasionally a little alcohol is added just to give a little piquancy.”

It cost a nickel for a 16-ounce “schooner” of it, when regular beer cost twice that price, but the Sun found the first sip was like “dish water strongly flavored” and the second brought out “all sorts of horrible and hitherto unknown flavors.” That’s what the Mulligan was for—to substitute horrible and known flavors for the horrible and unknown ones. To give a cheap and nasty drink a little kick. The impulse to call mixed ale dashed with Mulligan a Subway Cocktail seems to have come from the old West Side, where crews of rough mixed-ale workmen (the term was so characteristic of a certain type of New Yorker that it became adjectival) were digging great trenches in the streets to bury telegraph wires and whatnot in underground conduits. (These “subways” would, a decade later, lend their name to New York’s version of the London Underground.)

I’ve gained a new respect for the mixed-ale excavator, and indeed for anyone who would consider needled beer with a dash of this Mulligan stuff in it to be a sporty beverage. I have, you see, prepared and tested my own version of it, using a strong American pale ale, a generous handful of peppers and three 19th-century iron nails pried from the floor of my house. I eschewed the pine splints because I didn’t feel like cutting down my neighbor’s pine tree to get them, and substituted a splash of (satisfactorily piney) Tanqueray. Mixed ale being a thing of the past, Colt 45 stood in for it.

The Mulligan helped it, some. The peppers definitely add kick. The iron contributes a flat metallic tang that elbows out some of the Colt’s sickliness and, no doubt, does wonders for the blood (there was a long tradition of drinking iron-spiked blood tonics, so its use here isn’t all that weird). But a Subway Cocktail versus a Manhattan? I guess I’m just not tough enough.

The diggers’ concoction caught on quickly in the mixed-ale sections of the city, to the point that in 1893 the New York World could claim that “its devotees already far outnumber the admirers of the Manhattan, Martini, vermouth and soda cocktails at the swell cafés.” Small wonder, since poor people who need a drink have always outnumbered rich ones. Eventually, mixed ale succumbed to the Pure Food and Drug Act and the excavators moved on to other refreshments.

The “Mulligan bottle” remained a fixture of a certain kind of seedy, usually Irish, New York bar well into the middle of the 20th century until it, too, faded away. The poor, however, will always be with us.

David Wondrich is a James Beard Award–winning drink historian. His 2007 book, Imbibe, is a foundational text of the modern craft cocktail movement.