A few words from Gabrielle Langholtz 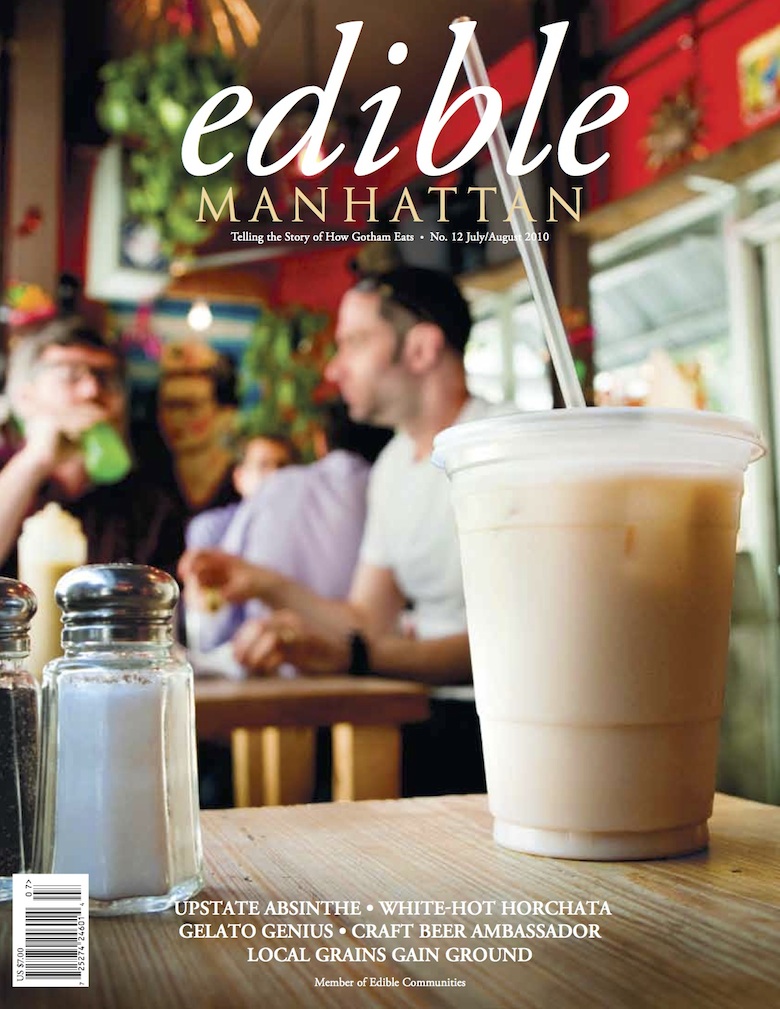 People tell me I’m damn lucky to be the editor of this magazine, and I couldn’t agree more. But while you might assume I spend my days downing one Lucullan feast after another—wouldn’t that be nice—my actual duties make me even more fortunate: the bulk of my workload consists of squinting at a screen while learning about passionate people who are making their dreams a reality.

If that sounds like processed cheese, consider some of the stories in this issue, which capture the kind of gutsy gustatory gumption that fills my hard drive and head. I’ve spent the last two months immersed in tales about a former lawyer who now sells killer chilly cocoa on a Hudson pier; a Martha-Stewart-exec-turnedfarmer whose high-concept produce auction will have chefs bidding on heirloom cauliflower at Sotheby’s; a CFO who bought a 10-gallon ice cream maker on a whim and now churns for a living; and a woman whose taste for absinthe spurred her to start distilling her own.

Not that such visionaries are a 21st-century phenomenon. As our feature on Garrett Oliver explains, the brewmaster has been dreaming of a world of real beer since 1983—good luck finding anyone who’s done half what he has to make it a reality.  And Joe Baum, the city’s uber-restaurateur, created over 150 eateries between 1953 and his death in 1998, forever changing the way we eat out.

But my favorite Edible example of aspiration actualization is the most personal. Years before this magazine existed, I was daydreaming with Rachel Wharton, now my deputy editor but then just a friend as obsessed with the pursuit of meaningful food experiences as I was. That day she had a vision—that the two of us could convince Gourmet to assign us a column profiling the best artisan foods in the country. Oh please, I thought. I’m not qualified to buy coffee for that staff, much less co-write a regular column!  Before long Rachel and I were creating our own little magazine, and last October, when I heard Gourmet was folding, I cried. This winter, when I learned that three stories Rachel wrote for Edible had been nominated for a James Beard award—up against three articles in Gourmet, for best series—I was stunned. And then, last month, when we were announced as the winner—well, let’s just say I hope I never wake up.  Here’s to dreamers.

Horchata is in its natural environment at Pinche Taqueria. Photograph by Michael Gross.