Ear and There: From New York to Mexico, Masienda Searches for Real Corn

Masienda has imported 80,000 pounds of heirloom kernels to New York and farmers in Mexico are already tending plantings for them to sell next year. 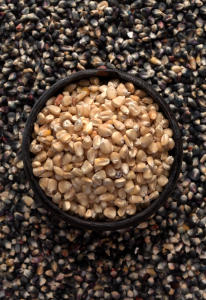 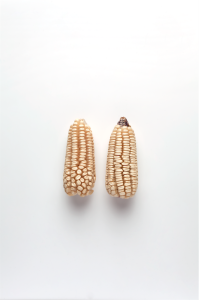 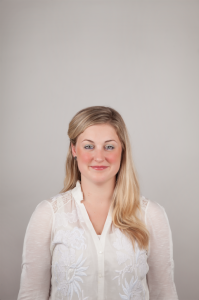 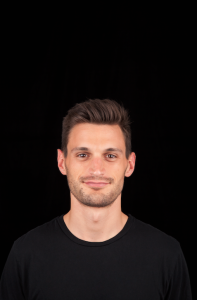 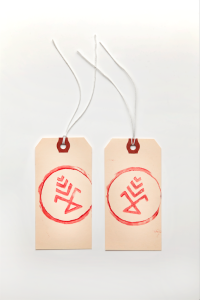 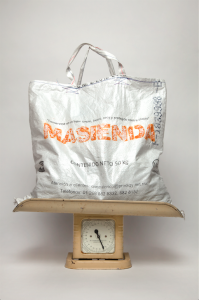 It’s little surprise that the World Summit of Gastronomy inspired a project like Masienda.

After all, if you were at G9, as they call it, in a room with the planet’s greatest culinary minds and heard chefs Dan Barber, Ferran Adrià and Gastón Acurio discussing how every recipe begins before its ingredients are even planted, decrying that the world is awash in crops bred with no regard for flavor and predicting that tomorrow’s best cooking will involve not new techniques so much as new seeds — you too might set off to Mexico in search of ancient kernels of corn.

In addition to the scores of chefs who convened at Blue Hill at Stone Barns last September for G9, there were a few lucky flies on the wall including Jorge Gaviria and Kate Barney, servers on Barber’s staff who couldn’t help but overhear conversations about, for example, Brazil’s chef Alex Atala cooking things he brought back from the Amazon basin.

Why, Jorge and Kate asked each other afterwards, isn’t anyone doing this with corn?

Not sweet corn to eat off the cob, mind you, nor the industrial raw material transformed into corn syrup or ethanol, but the kind that becomes corn tortillas, or at least, used to — before those yellow discs, and the chips made from them, became a $6 billion industry in the US alone.

Corn tortillas might sound like a traditional food, and once they were. To make them, kernels ranging from black to purple to pink were ground and “nixtmalized” — mixed with slake lime or wood ash to make the niacin digestible. But these days, corn tortillas are made from just-add-water masa harina — GMO corn that’s been stripped of nutrition and flavor, much like the lifeless, tasteless “all-purpose flour” that chef Barber wants to throw out in favor of forgotten grains, grown again and freshly ground. If Jorge and Kate could get farmers to grow real corn, surely these chefs would buy it, to mutual benefit. A Greenmarket staffer advised that our region wasn’t the right place for such a project to put down roots.

But why not Mexico?

Corn was first developed from wild grasses in Mexico and for centuries, farmers there have cultivated the crop. But in recent decades, the global market has had no interest in those inconsistent, colorful varieties that long defined regions and cuisines. In a world of masa harina, there’s no one left to buy them.

In 1994, the North American Free Trade Agreement (NAFTA) hastened changes, and now Mexican immigrants on this side of the border tend endless fields of commodity corn, which US companies sell to Mexico, even as Mexican farms fail.

But while powdered masa harina is so ubiquitious that even in Mexico cities, no one nixtmalizes anymore (OK, not no one, but it’s about as common as fermenting your own kraut), thousands of small farmers still tend little plots of those old varieties for their own families. Jorge and Kate just had to find them.

It was a difficult task, given that such families often lack phones. Instead, they called the likes of Slow Food, Greenpeace and UNESCO. Jorge and Kate struck gold with International Maize and Wheat Improvement Center (CIMMYT), an NGO that works with hundreds of small farmers and maintains a corn seedbank in Oaxaca. They offered to set up meetings and in February, Kate and Jorge were on their way.

First stop: Mexico City, where they met with chef Enrique Olvera who was, as luck would have it, in the process of opening a New York restaurant: Cosme in the Flatiron district. Over a beer the chef said that, for Cosme, he’d found the right chiles and good beans from Rancho Gordo — but no corn. He told Kate and Jorge that he would buy whatever they could import. Recalling the exchange, says Jorge, “I have chills.”

So off they set to Oaxaca to meet farmers and visit the seed bank, home to what the G9 chefs could hardly have dreamed of: more than 20,000 corn varieties in temperature-controlled storage, each with different hues, flavors and culinary applications. CIMMYT staff said farmers didn’t want to plant them anymore because they had no way to sell the harvest — until now.

Less than six months later, Masienda — the name is a conflation of masa (ground corn), hacienda (estate, often agricultural) and tienda (store) — is growing a field of corn in the summer sun. Jorge and Kate have imported 80,000 pounds of heirloom kernels to New York — the lion’s share for Enrique’s menu — and farmers in Mexico are already tending plantings for them to sell next year.

“We have the full confidence that what we’re sourcing is the purest expression of corn in Mexico,” says Jorge. Enrique agrees.

“He’s a brilliant guy,” said the chef, who’s getting a half dozen varieties. “And when we put it through the mill for masa, we haven’t seen corn this beautiful in quite a while. No one in the States has this quality of corn. And he’s really good to the farmers. With some companies, the quality is high but the money goes someplace else.”

From burning to limestone, the chef is playing with different ways to nixtmalize in his kitchen, using the results in everything from tortillas and tamales to ceviche and beer, even fermenting some for an octopus-corn cocktail.

“The quality is equal to what I cook with in Mexico, or slightly better,” he says. “We’re gonna put it everything.”

See photos of Kate and Jorge’s visit to the seed bank — and read about the Masafest they threw at Rockaway Beach — here.