At Harlem Shambles, the Meat Is Worth the Trip 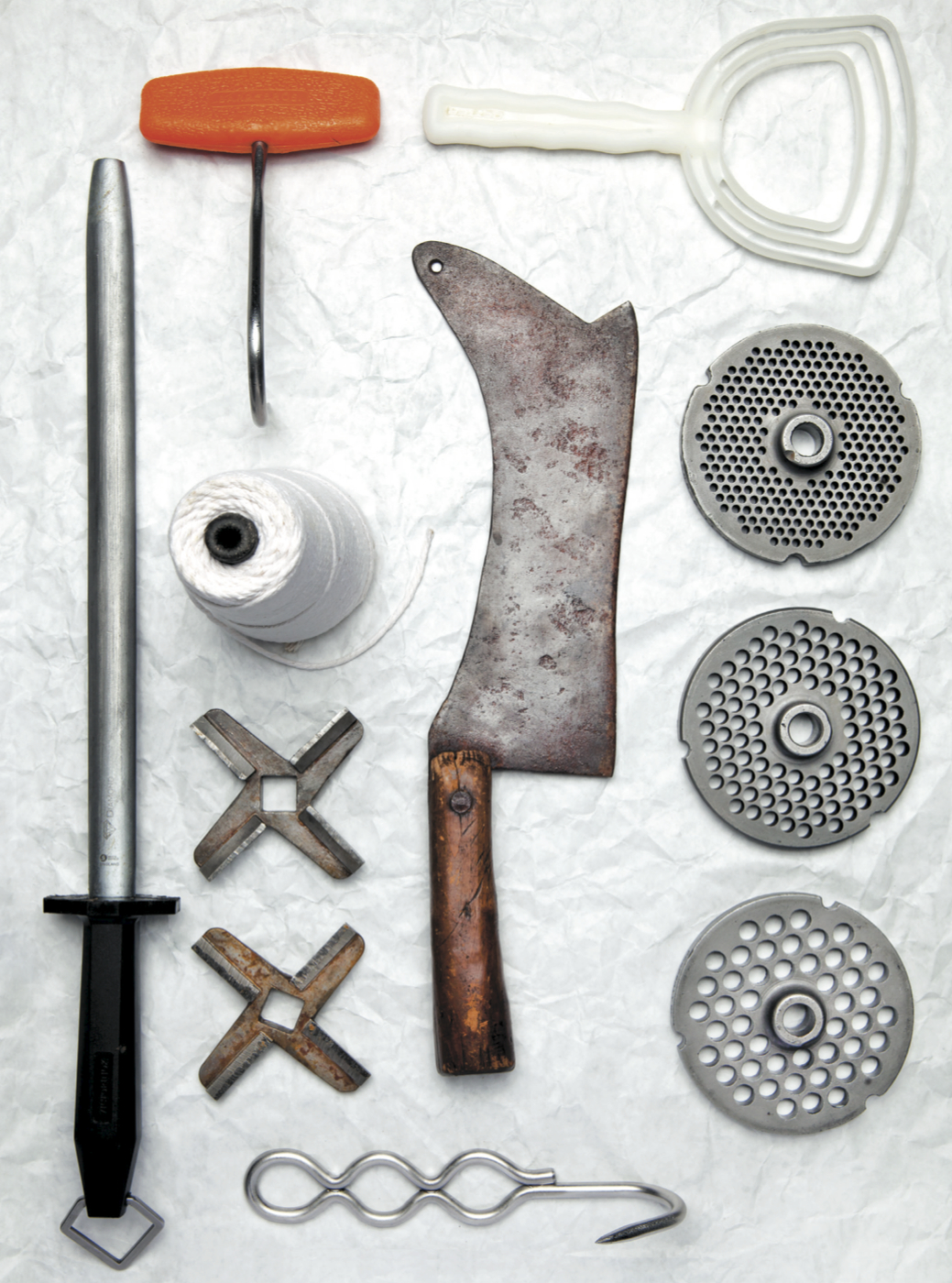 We are living in the age of the destination meat market. Along with Dickson’s in the Chelsea Market and Heritage in the Essex Street Market, Harlem Shambles is, as Michelin would put it, vaut le voyage.

Just walking into the shop, past the Slow Food snail on the door, is a trip. At 1,300 square feet, it’s the size of a two-bedroom in Inwood. The floors are polished hardwood, the design reminiscent of Victorian London, or at least Harrods food hall, and one of the staff is usually up front either carving half a hog or piping ground, spiced meat into sausage casings.

The walk-ins behind the counter are bigger than most Manhattan kitchens, too, to accommodate hanging the two full beeves, couple of lambs and three pigs brought in every week. (All the superb beef is aged at least 10 days; steakhouse cuts get an extra three weeks.) 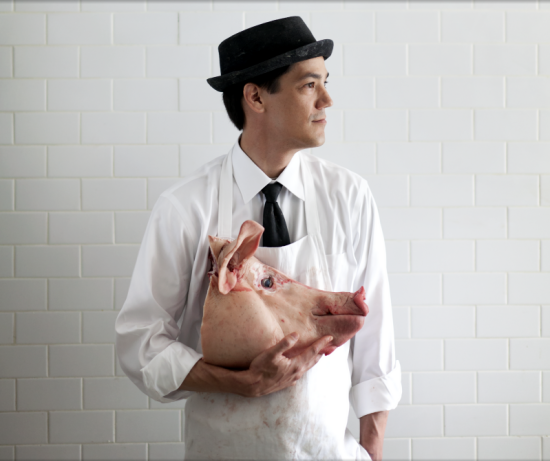 In a pig’s eye. Tim Forrester left a finance career to open Harlem Shambles, which he and his brother named after an archaic term for butcher shop.

The selection of raised-right beef, pork, lamb and chicken is beyond impressive, chosen by a butcher who actually went farm to farm upstate to choose his pasture partners. After all, not even animals raised right necessarily yield quality cuts; the meat may be too stringy or tough to justify Manhattan prices.

Co-owner Tim Forrester gave up a career in finance to go into this bloody business, training with meat masters including those at the famed Fleisher’s in Kingston. In late 2011 he and his brother Mark settled on this location, on Frederick Douglass Boulevard just south of 116th Street, because of the vibe in the rapidly changing neighborhood. (The name Shambles sounds like a sly play on what you might expect uptown, but he says it’s actually an archaic term for butcher shop.) 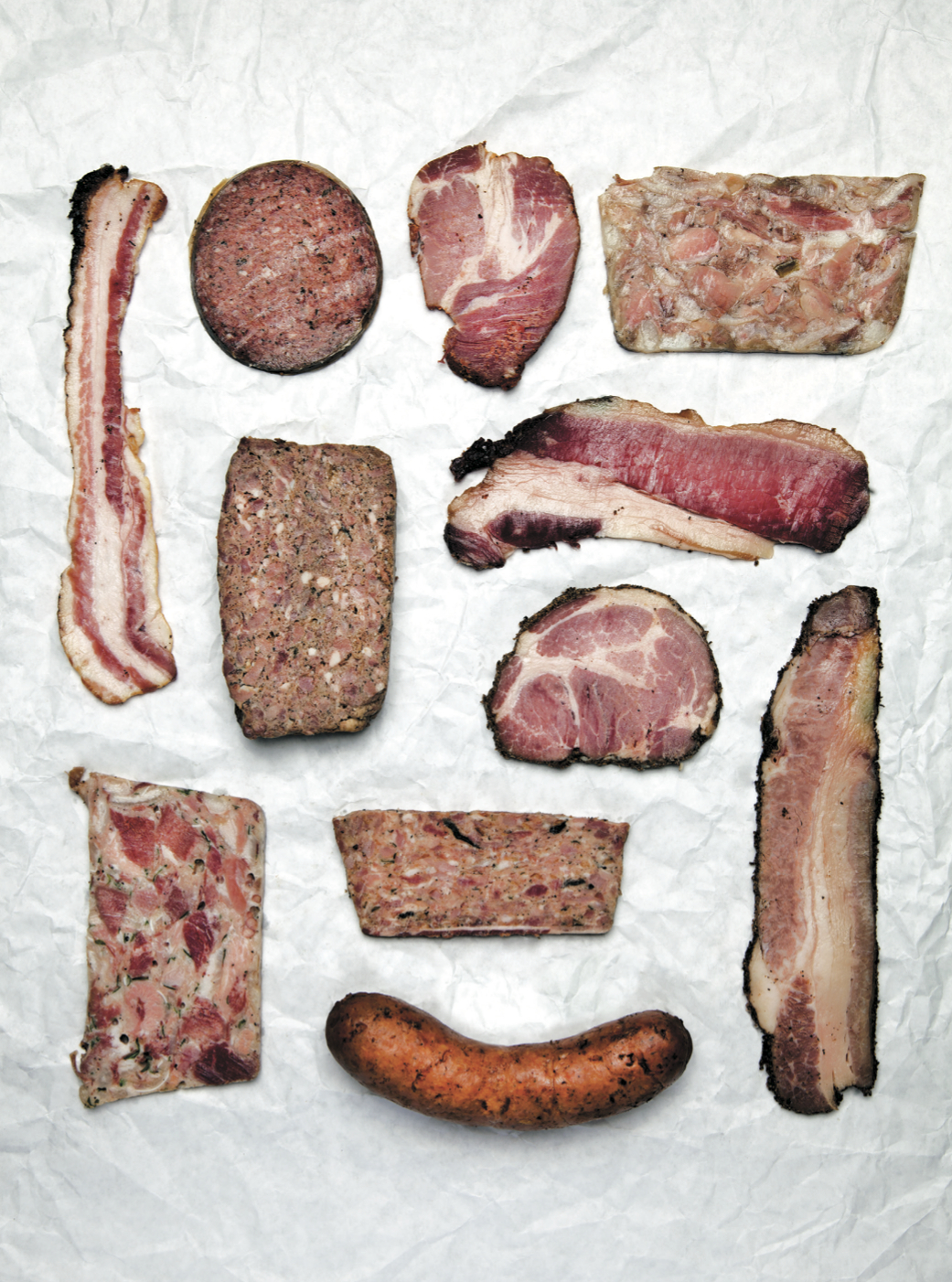 Adding to the locavorism, his customers are also some of his suppliers: He sells a jerk sauce and preserves made by a couple of neighbors.
His customers, too, are increasingly professionals as the Harlem restaurant scene heats up. The new chef at BLVD Bistro on nearby Lenox Avenue, Carlos Swepson, buys chickens, to bake or fry, as well as beef short ribs and pork chops.

Every slab of meat in the two large display cases is labeled with its pastured provenance: beef and chicken from Autumn’s Harvest in Romulus; pork from Meili in Amenia; lamb from both Kinderhook Farm and Arcadian Pastures in Sloatesville—all Greenmarket-quality without the freezer. Forrester specializes in cuts not found in supermarkets, such as bavette and Denver, and carves everything to order so you can get steaks as thick, or as thin, as you like. His cooking advice is spot on. 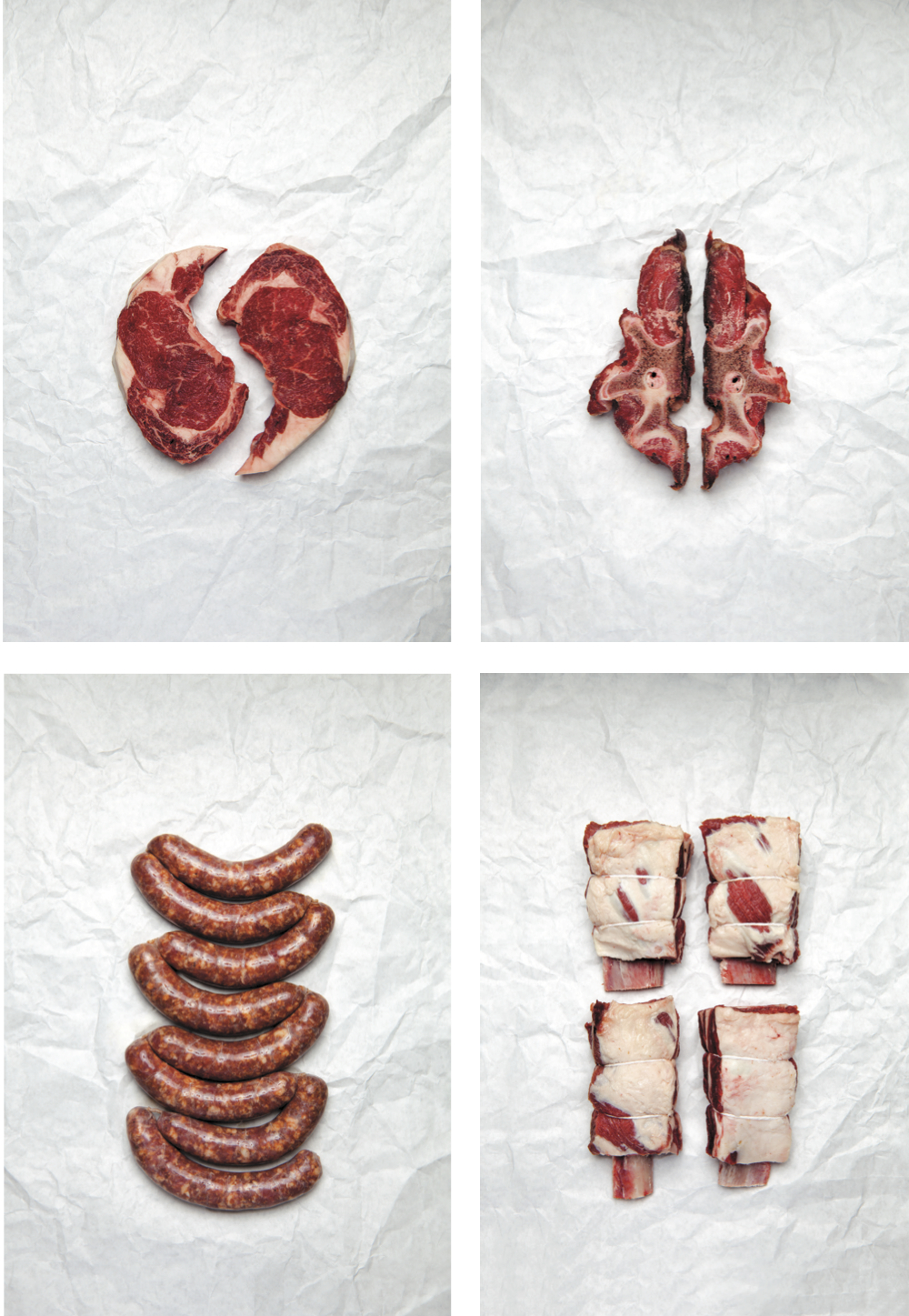 The shop also carries upstate-grown grains like polenta and spelt, an array of loaves from nearby Hot Bread Kitchen, cheeses from the likes of 5 Spoke Creamery and Autumn’s Harvest eggs and milk from Pittsford Farms Dairy. Forrester and his crew make spuma (whipped, seasoned lard), smoke bacon and ham hocks and recently started producing an array of charcuterie including terrines, headcheese, souse and an outstanding pork pastrami. If you’re in the market for a lamb head, they’ve got that, too.

The shop is open every day. For those not lucky enough to live a 15-minute walk away, B and C trains stop at the corner. It’s like going upstate without leaving this island.