Food plays a central role at SPACE, with the most obvious being the three daily family-style meals that incorporate as much Ryder Farm produce as possible. Photo credit: Jesse Patch.

For as long as there’s been a city, New Yorkers have been escaping it to go upstate. Even the shortest of train rides from Grand Central is respite for plenty and in the case of former actress Emily Simoness, a short trip up the Harlem Line inspired her to start a nonprofit artist residency that’s gone on to host Oscar, Tony and Obie award winners alongside Pulitzer finalists, Guggenheim fellows and MacArthur geniuses.

In 2011, Simoness took what she thought was a casual visit to Ryder Farm, her extended family’s land in Brewster, New York. The property has at different times been a dairy, a family vacation estate and a champion of organic processes since it opened in 1795. That day ultimately compelled her to start a new chapter on the land by creating what’s now SPACE on Ryder Farm: a residency that’s welcomed more than 1,000 artists (about 85 percent of whom live in New York City) in just six years.

Food plays a central role at SPACE with the most obvious being the three daily family-style meals that incorporate as much Ryder Farm produce as possible (usually about half the meal). Additional local ingredients supplement, and lunches and dinners are shared at a long banquet table en plein air. Biscuits made from scratch are a morning staple, and everyday dishes might include coal-roasted squash with ricotta cheese and chili-infused olive oil or roasted brisket sliders on homemade brioche buns. 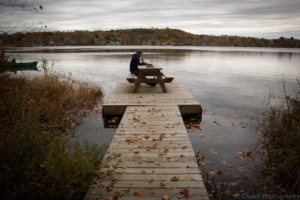 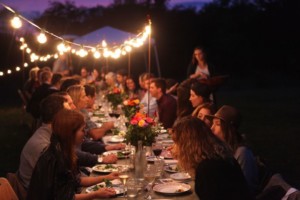 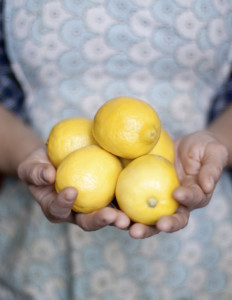 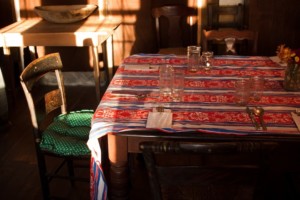 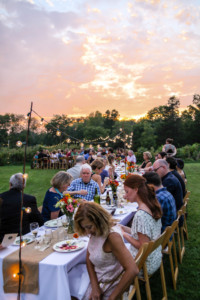 Each week SPACE has a rotating resident chef—think culinary wizes from restaurants like Williamsburg’s Egg and Kips Bay’s Covina—and one or two sous-chefs. Over time SPACE’s kitchen staff has honed menus that emphasize color and presentation while also weaving ingredients from one meal into the next to minimize waste. Leftover tortillas from a taco night might get toasted the next day and used as a soup garnish, for example.

It’s also no mistake that SPACE’s artist residency season mirrors the May to October growing season. They host anywhere from nine to 12 residents at a time (for one to five weeks, depending on the program), and about half opt to help with the harvest each Friday before sending their bounty to farmers markets in Union Square, Brewster and the Hudson Valley. Simoness observes that many find that the meditative mindset of working with their hands “disarms and relaxes them,” often encouraging them to approach their creative work differently. 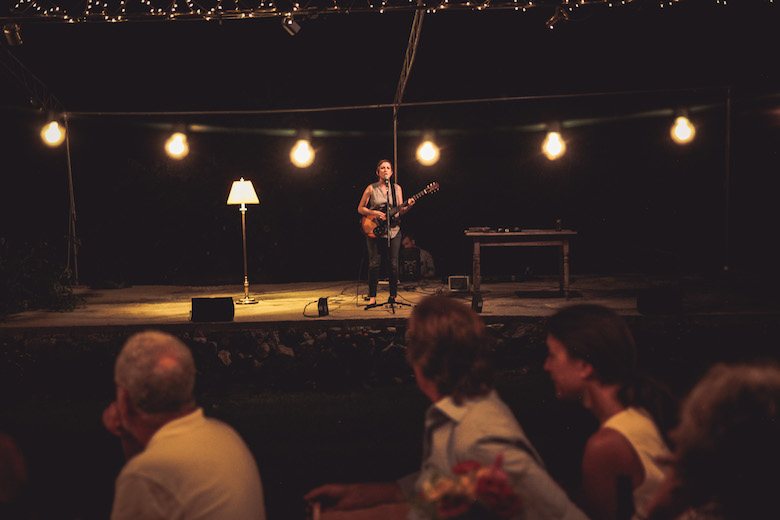 “A night in a restaurant is the same as a night in the theater,” assures chef Becca Newman, who has worked many summers at SPACE. Photo credit: Tyler Gustin.

SPACE also hosts many public events throughout their season including “Seasonal Suppers” and “Roving Dinners.” The latter is a powerful evening at the farm where guests pay to enjoy eight “playwrights present” excerpts in eight different locations, each paired with a course in a tasting menu. About 80 percent of SPACE’s residents are theater artists, which lends itself well to this combination of performance and food. “A night in a restaurant is the same as a night in the theater,” assures chef Becca Newman, who has worked many summers at SPACE.

In only six seasons, Simoness and her team have sustained a rare alchemy that continues to foster and elevate the work of hundreds of artists. “It’s one of the few places on earth where I have felt genuine inspiration happen over and over again,” says Obie award winner and MacArthur genius Branden Jacobs-Jenkins, “[whether] out on the lake or alone at a desk, watching the sky change colors over the bowling green or in conversation with fellow artists, sitting around a bonfire or the dinner table deep into the morning, long past the plates being cleared. There is something magic in the air up there.”