Our publisher’s family travels to Transylvania—and back in time. 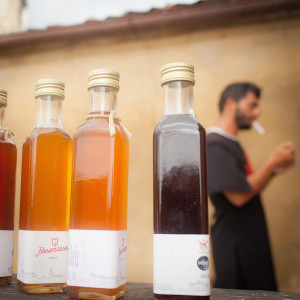 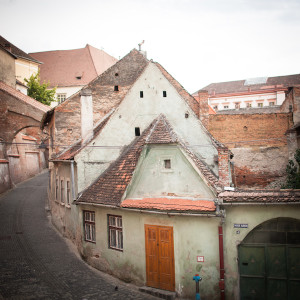 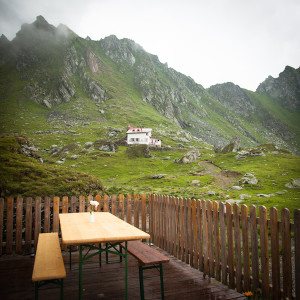 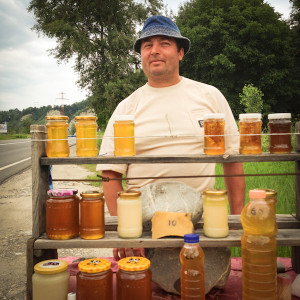 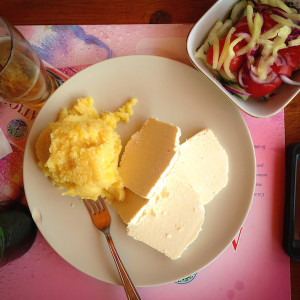 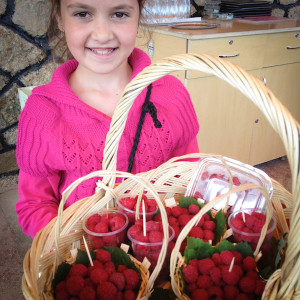 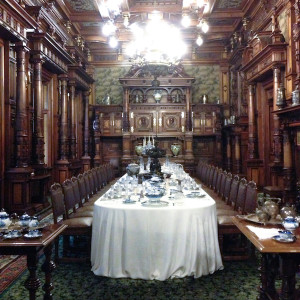 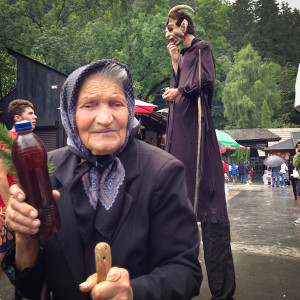 Is it photogenic? Inspiring? Intriguing? Do great food and drink spring up from the region’s bounty? Will it keep the children’s bickering to a minimum?

These are among our considerations before choosing a vacation destination each year, when my husband and I rent out our home, pack up the kids and head out on the road. While planning this year’s trip, the compass to my wanderlust pointed to Eastern Europe, Romania to be exact, Transylvania in particular, home to medieval castles, villages, hikes in the glorious Carpathian Mountains and, of course, vampires. A family read of Dracula preceded our trip, and we set out with varying visions of our 21st-century demographic-specific vampires in our heads (adults: True Blood; 13-year-old: Vampire Diaries; 9-year-old: Hotel Transylvania).

The trusty Lonely Planet series, which had seen my husband and me pre-marriage through India on an Enfield Bullet motorcycle, was our companion once again, this time suggesting a 10-day “Castles, Mountains and Fangs” itinerary starting in Bucharest with a loop through Wallachia and Transylvania. Somewhere along our course we would bravely tuck the guide away and sojourn off on our own to discover beekeepers and distillers of pálinka—a fruit brandy dating back to the Middle Ages made from fermented plums or other stone fruit, pears or apples—whose liquor and the gleaming copper stills to make it are sold on the roadside among other purveyors’ stands topped with mountains of watermelon, berries and salty sheep cheese, like telemea, brânză and caşcaval. As we pulled into villages in our rented black Rav4, each place seemed to have its own food-vendor-cum-welcoming-committee selling that region’s seasonal finest.

A piața, or piazza, formed the heart of many of the villages and featured local produce and entertainment—costumed drifters miming, juggling and stilt-walking for coins.

In Brașov, the Sfatului Piața with its expansive cobblestoned surfaces invited tourists to bask in the sun, out of mind of the square’s dark history, the town itself a land of narrow alleyways ripe with the scents of old-time carts selling weiners, kürtőskalács (enormous hollowed-out donuts sprinkled with sugar) and expertly crafted crepes. While Romanian cuisine can be spiceless, restaurants and cafés beckon with an olfactory symphony including Germanic and Hungarian influences: şniţel (schnitzel) and gulaş (goulash).

Mornings we’d take gondolas up the mountainside through the fog and look out on the alpine countryside, a patchwork of farmland, ancient walls and fortified churches. No matter how remote the location, a plate of mămăligă (a polenta-like porridge) and farm cheese, washed down with cold beer, was there to revive us after a rigorous hike complete with over-the-shoulder looks for one of Romania’s 6,000 bears.

In the afternoons, my husband and I relaxed under the branded beer umbrellas—Ursus, Ciuc, Silva, Azuga, Stejar—that admittedly influenced our drink choices, while the boys sipped traditional honey-sweetened lemonade from a carafe. Violinists serenaded café patrons as we grew accustomed to the perpetual smoke wafting over our tables from the north, south, east and west. Note to reader: Romania is not for the smoke intolerant, be it cigarette, hookah or other.

In the Carpathian Mountains we visited Peleș Castle, a dramatic neo-Gothic and neo-Renaissance hybrid from the late 19th century. The dining table stretched across a narrow room in garish glory and evoked ghost images of former diners—during his tyrannical reign, Nicolae Ceaușescu used the palace to host foreign dignitaries, including Presidents Nixon and Ford as well as Yasser Arafat and Muammar Gaddafi, all no doubt entertained with caviar and filet mignon while the rest of the country waited on lines for their rations of chicken feet. Non-pariah tourists here are guided closer to the stables for their repast, hot cocoa for the boys, more cold lager for the parents.

Back in a nearby village, we wandered winding back streets in search of real food. One such trip down an alleyway led to an opening in a wall onto a surreal scene of hundreds of feasters at packed tables, waiters in traditional garb, an impossibly long, ornately carved wooden bar of dark stained wood, fiddlers on a central platform playing regional music, our presence there nonintrusive as we enjoyed the traditional grilled plates of Romanian meats, cheeses and, of course, mămăligă and a full bar with some surprisingly good Romanian rosé as the festivities rolled on.

Another consideration: Is it affordable? Yes, Romania is. A family can travel in Europe (and practically travel back in time 100 years) and not wince at café or hotel bills. Tourists here are few and an American accent rare. Romanians are not about the hard sell, so perusing the roadside offerings of meats, cheeses, honeys, liqueurs, fruits and vegetable stands of the more touristy destinations is a sweet, and savory, experience.

The kids’ reaction? I wish I were still in Romania.