From Whole Foods, a Whole New Way to Travel

The retailer launches meet-your-maker tours, and Michelin-starred establishments are not on the list. 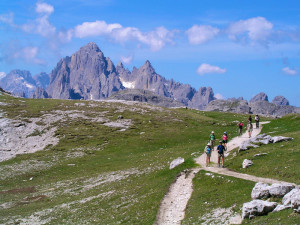 Pack your appetite. trace tea routes in china, forage for wild greens in turkey or taste your way through the mighty Dolomites, right 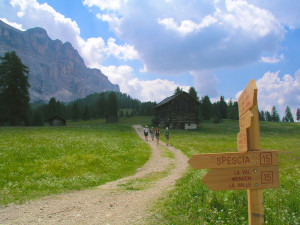 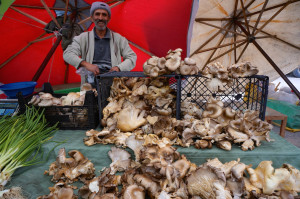 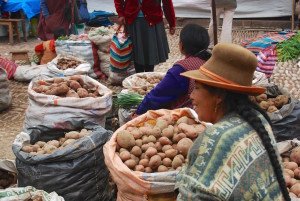 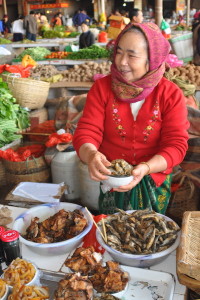 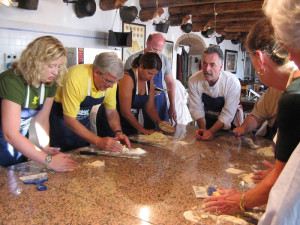 Think outside the box. stateside shoppers may stock up on dried pasta, but when in tuscany, you start with semolina.

And while it’s great to grab these goods and then head home to cook, few could argue that experiencing them in their native environment—haggling for that Turkish delight in a jostling Istanbul marketplace, strolling through a sunny olive grove in Italy before dipping a chunk of fresh-baked bread into that biting emerald oil, bringing that steaming cup of tea to your lips in a re nao (“hot and loud”) teahouse in rural Yunnan—would be worlds more fun.

Whole Foods, it turns out, agrees. Which is why the company has launched a new travel program called Whole Journeys.

“Many Whole Foods products come from well beyond the local area,” says Kathy Dragon, executive director of Whole Journeys. After decades of Whole Foods bringing those ingredients to their customers, it’s now her job to do just the opposite.

Dragon, who worked for more than 20 years in adventure and food travel, first got involved with Whole Foods when members of its executive board began tagging along on her tours 10 years ago. The Whole Foods head honchos were hooked, and wound up joining Dragon on around 15 cultural hiking tours to diverse destinations such as Scotland, Peru, Turkey, Patagonia, New Zealand, Hawaii and the Basque region.

Over the years, her relationship with Whole Foods grew, and she even gave up traveling for a year and worked as marketing director of a Whole Foods in Boulder. Slowly, she became inspired to combine her passions, and her Whole Foods clients enthusiastically signed up for this new journey into the travel business.

“There’s adventure travel and then there’s food travel, but we’re putting those two together to create a new category,” Dragon says. “I call it the active foodie.”

In April, Whole Journeys launched its first three trips, including a visit to tiny Turkish villages, an epicurean biking tour through Italy and a hike along the historic tea and horse caravan route in China. The coming months will bring trips to popular destinations like Provence and Tuscany, plus more off-the-beaten-track corners, from the Salmon River in Idaho to the Dolomites region of the Alps. Trips range from $3,000 to $4,500 and usually span one to two weeks.

Regardless of destination, trip activities tend to follow a similar recipe. Groups are small—16 guests maximum—and participants won’t be zipping from Sardinia to Tuscany to Rome.

“We use walking, biking and even rafting to get closer to these producers, markets and villages, rather than just pulling up in a bus, getting off and having a great lunch, or driving four hours just to visit one winemaker,” she says.

Nor do Dragon’s guests sit around and wait for dinner to be served. Instead, participants take an active role by cooking in a local’s home, helping make cheese or yogurt or hitting the hills to forage wild foods.

Most producers they’ll meet—from the goat cheese artisan in rural France to the vintner in the Basque country—make foods that you’ll never find on a Whole Foods shelf. That’s because these artisans supply only their region or even solely their local village. When settling on an itinerary, she asks her food-focused friends abroad: “If I was coming, what would you do with me?” and then schedules a trip to that distillery or boulangerie. Usually, Michelin-starred establishments do not make the list.

Dragon seeks out festivals, too. In Alacati, for example, local Turkish villagers from miles around show off their bushiest and most succulent pickings at the Festival of Wild Greens. This spring, Turkish tour attendees reveled in savory pies made from up to 15 foraged greens including stinging nettles and samphire. A contest challenged locals to see how many edible greens they could dig up around the countryside. The winner produced 65-odd plants.

“We were sitting in the square, enjoying this organic blush wine from a nearby village while locals were explaining these wild dishes they had made, and this little concert was going on in the background in this small village that no one know about,” Dragon recalls. “It was ideal.”

By this time next year, Dragon aims to expand to Argentina and Peru. She’s also cooking up plans in the Rocky Mountains for connecting with local foragers; Delhi and Rajasthan for traditional Hindu family and festival-style Indian cooking; and, in the winter, Croatia for slurping down flavors of the Adriatic Sea.