The Oldest Known Cookbook Lives on the Upper East Side

The codex at the New York Academy of Medicine is one of only two existing hand-written copies; the other is housed in a library at the Vatican. 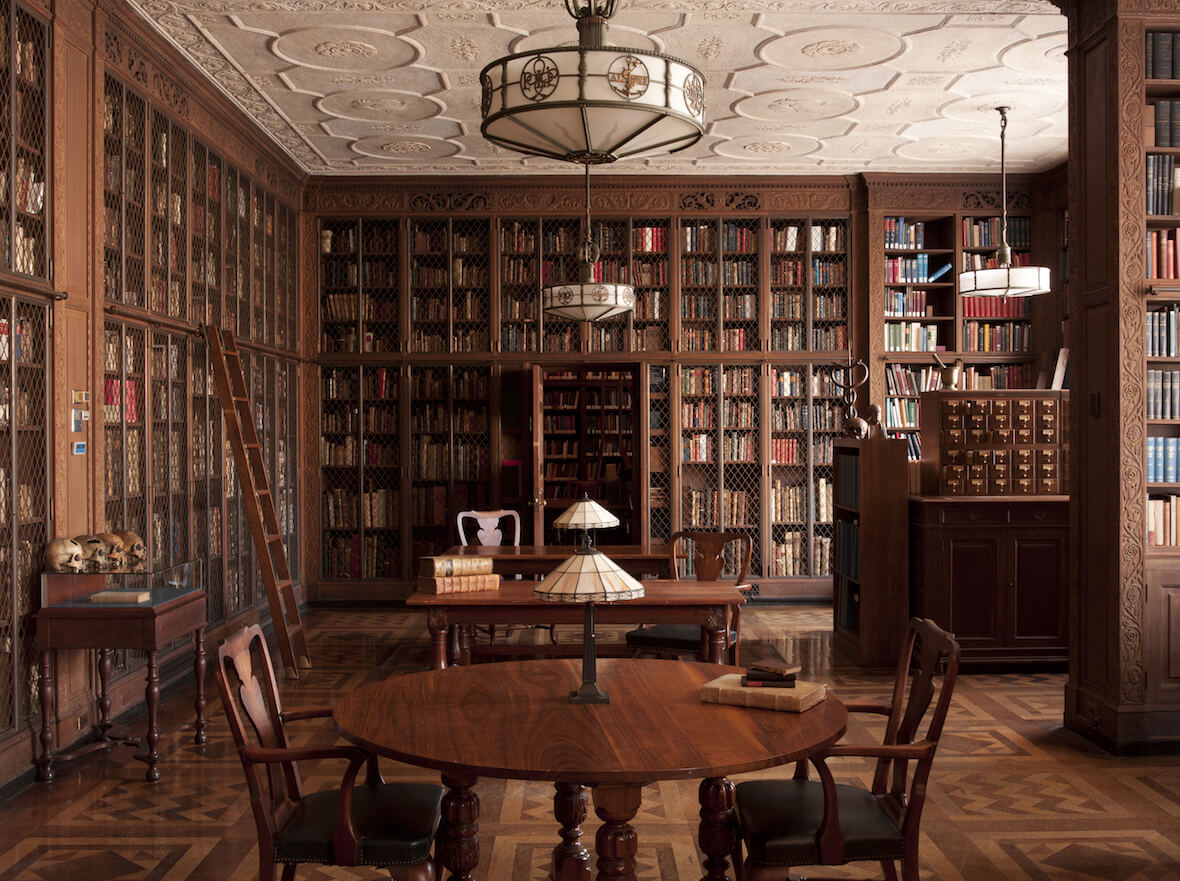 Out of the near 32,000 titles in the New York Academy of Medicine’s rare book library, nearly 10,000 of them are related to food, cooking and nutrition.

The oldest known cookbook in the west arrived to Manhattan’s New York Academy of Medicine in 1929. It was donated by Margaret Barclay Wilson, a bibliophile and fellow at the Academy, who acquired it from Sir Thomas Phillips, a British bibliomaniac, who obtained the book in 1824 via auction from a Parisian bookseller. Before Paris, it had lived in Rome; before Rome, Germany. It was 1099 years old when it finally settled on the Upper East Side.

The book De re coquinaria by Apicius includes 500 recipes divided into 10 single-subject books that were likely compiled from a variety of Greek and Roman sources in the 4th and 5th centuries; “Apicius” then is likely the name of a group of people who contributed to the manuscript over time, not an individual author. The text has been translated into innumerable languages and reprinted in nearly every century since it was first machine-printed in 1498. But the 9- by 7-inch codex housed at the New York Academy of Medicine is one of only two existing handwritten copies; the other is housed in a library at the Vatican. In 2006 it was restored and rebound by conservators, ensuring that its pages stay intact for future generations. 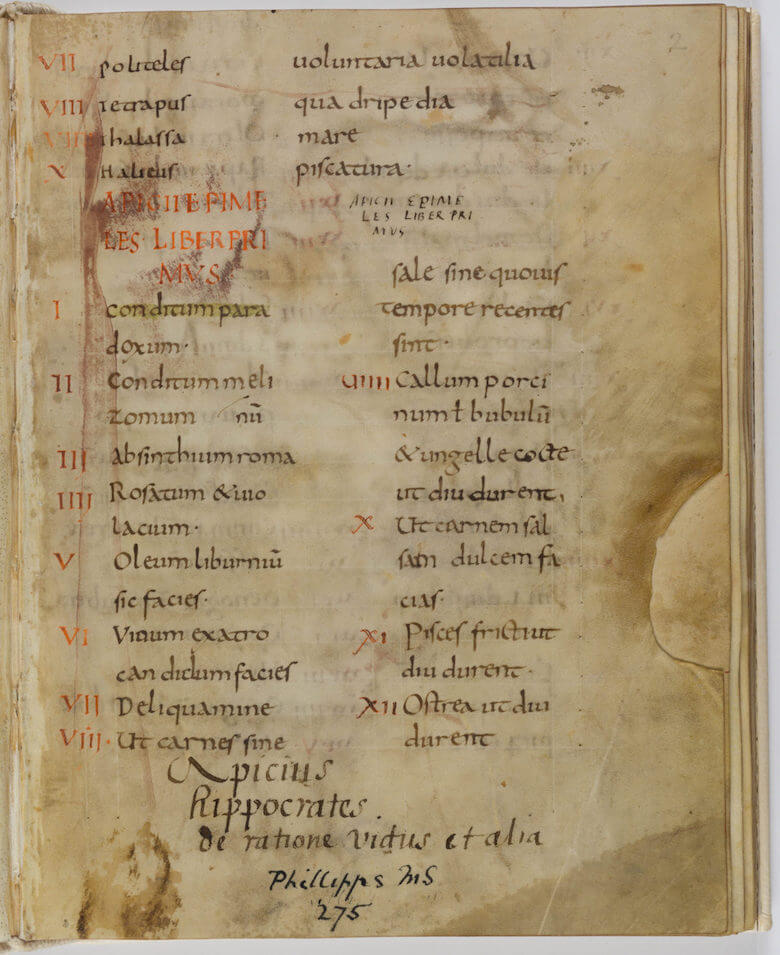 The Apicius was 1099 years old when it finally settled on the Upper East Side.

And those pages! And that calligraphy! Handwritten in crisp black and red ink on vellum—a paper made from cleaned and stretched animal skin—each page is thicker than modern cellulose-based paper but also incredibly light; they feel sturdy to the touch but are slightly translucent, giving the appearance of something fragile. The reality though is that this codex has been traveling the world for 1,187 years, proving its durability—both physically and culturally.

While it’s unlikely that too many people in New York can read the vulgar Latin in which De re coquinaria is written—or have a taste for recipes like cucumber stewed with boiled brains, dormouse stuffed with nuts or spayed sow’s womb seasoned with pepper, vinegar and lovage—the recipes endure.

Chef Matt Jozwiak, the Academy’s chef curator, is working to bring the Apicius and other ancient cookery books in the Academy’s collection of 10,000 rare food-related titles into the modern age. “We want to give this material a sense of purpose in today’s world,” he says.

Given the Academy’s mission to improve the health of people who live in cities, food obviously plays a part. “As chefs, we can learn from these books,” Jozwiak says. “We can get a better sense of the roles and responsibilities of people who provide food, as well as where food comes from and how people access it.” So Jozwiak is reaching out to the community to “start the conversation between chefs, the community and the past.” In doing so he believes, “we can learn to communicate with future generations.”

Photos courtesy of the New York Academy of Medicine.