Events are already in the works including a special evening with journalist Paul Greenberg, Stephanie Villani of Blue Moon Fish and Bill Telepan. 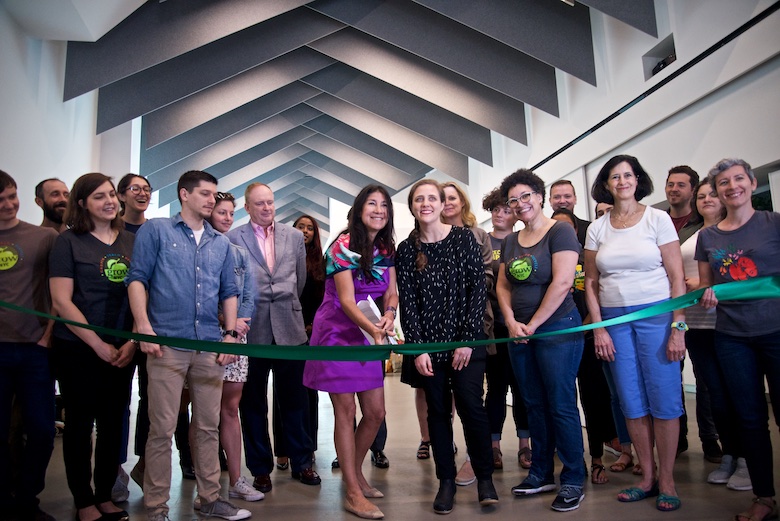 The new space is just a couple blocks away from the Union Square Greenmarket.

Project Farmhouse, GrowNYC’s long anticipated public home, is finally open. Organizers welcomed members of the public to a ribbon cutting/open house on April 29, treating them to a full day of cooking demos, tours and workshops.

While GrowNYC, which calls itself “the sustainability resource for New Yorkers,” has a presence throughout the city, Project Farmhouse is their first permanent indoor space and is located adjacent to the Hyatt Union Square hotel.

“We’ve never had a place where all of those programs can come together under a sustainability umbrella and reach New Yorkers,” says Laura McDonald, Project Farmhouse’s events coordinator. 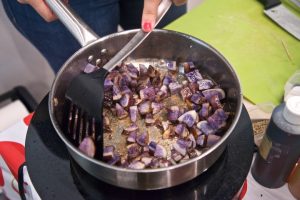 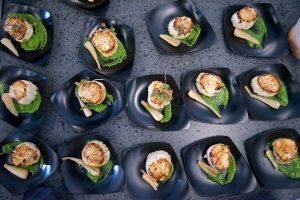 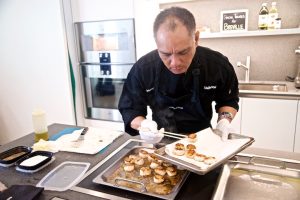 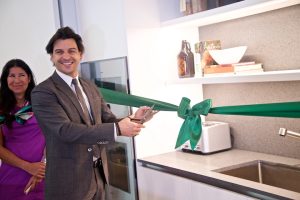 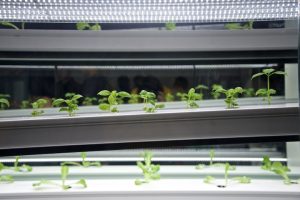 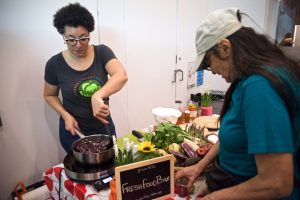 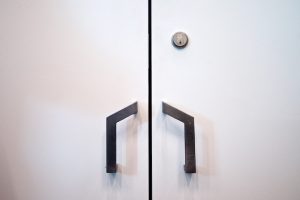 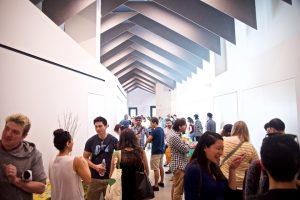 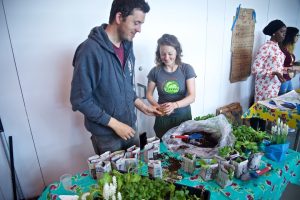 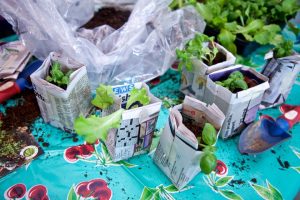 Highlights of the space include the hydroponic wall, the ceiling baffles and the teaching kitchen that was built with fixtures provided by Boffi Soho and appliances from Gaggenau.

One of the most popular attractions of the day was a booth from Gotham Greens where two volunteers folded makeshift flowerpots out of newspaper, and sent guests home with baby greens to take home and plant by their windowsills. 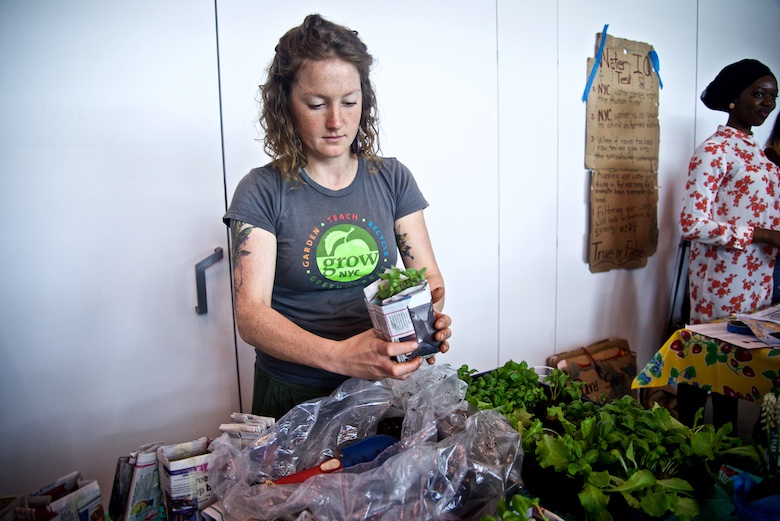 Since our preview of Project Farmhouse ran in September (see here for early photos of the space), the hydroponic wall has undergone some notable design changes. Instead of rotating plant trays (containing an assortment of lettuces and microgreens) along a conveyor belt mechanism, trays are fixed in position but angled in a way that allows water to flow down to the plants below them. And while the lights are currently white, magenta hydroponic lights may appear in the future.

Events are already in the works, and one of the first on June 15 is a conversation on “The State of Seafood” with author (and sometimes Edible writer) Paul Greenberg and Blue Moon Fish’s Stephanie Villani (who we feature in our current issue). The sustainable seafood authorities will discuss the politics surrounding the fishing industry, celebrate the release of Villani’s cookbook The Fisherman’s Wife and, for an additional cost, enjoy a seafood dinner prepared by Bill Telepan and other celebrated chefs.

Information on future events at Project Farmhouse can be found here.