3 Days Left to Sign Up for Iliamna Salmon CSA, Which Is Off the Hook

Christopher hand-nets sockeye in Bristol Bay each summer, selling the spectacular catch to top chefs. For the next three days, you can buy it too. 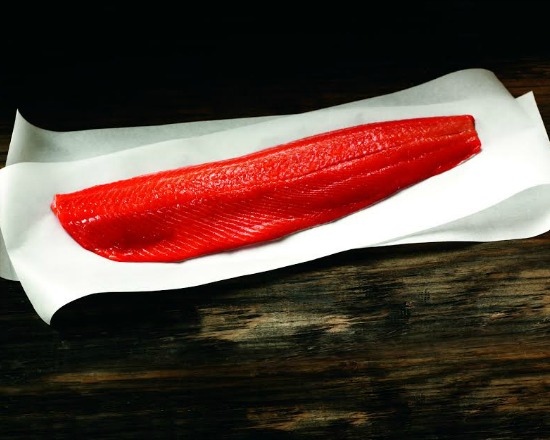 A salmon fisherman in New York? Yes. Sort of.

Christopher Nicolson is a third-generation fisherman who grew up catching spectacular wild salmon by hand with his family in Alaska’s pristine Bristol Bay. Now a part-time Brooklynite whose day job is fermenting grape juice at Red Hook Winery, he still returns home, somewhat like a spawning salmon, to net sockeye each summer. And while other fishing families sell to processors and see their catch land in a can, Christopher and his siblings and cousins built an alternative, sealing and selling the sparkling sockeye directly to top chefs like Dan Barber.

And for the next few days, they’ll sell it to you, too.

Their annual Iliamna Salmon CSA is offering shares: 12 lbs of vacuum sealed, flash frozen hand-cut sashimi-grade fillets, for $198 ($16.50/lb), to be picked up at the Brooklyn Kitchen’s Gotham West Market location the first week in October. These ruby-fleshed gems should be consumed as beautiful sashimi with only the finest flaky sea salt and a dot of precious tamari or brilliant green olive oil — which may also be nabbed at Brooklyn Kitchen.

I scored a share last year and the fish was like nothing you can buy in New York — and exactly like the salmon I myself grew up eating in Alaska. But that’s another story.

This salmon is off the hook, but to catch it, you need to act quickly. Sales close at midnight on June 1st.