This Upstate Workshop Says Charcuterie Is the New Black 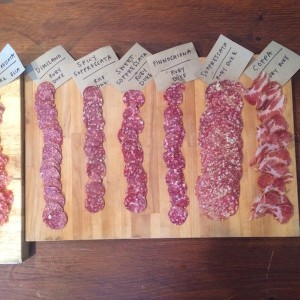 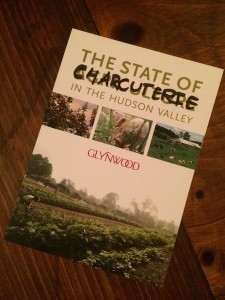 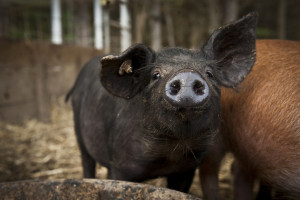 You already know how the nonprofit Glynwood pretty single-handedly brought about New York’s hard cider revolution. Now they’re ready to do the same for another nascent industry: charcuterie.

As with craft cider, Glynwood sees high-quality, distinctive charcuterie as a way for Hudson Valley farmers to add value to what they grow, producing not just raw apples and pork, but prized products like Calvados and Cotechino — food and drink that could offer important income to upstate agriculture and delight discerning New Yorkers like you and me.

So last week, Glynwood convened the Hudson Valley’s half-dozen leading charcuterie producers for an immersive weeklong workshop with 77-year-old master salumiere François Vecchio — who teaches whole-animal, old-world artisanal traditions and drove here from California with his Airstream in tow. Participants shacked up in beautiful Cold Spring, NY, and, over the week, together transformed two pigs and a goat into everything from porchetta to pancetta, from atriaux to zamponi.

Glynwood’s Sara Grady organized the project, whose participants included pork stars from Raven & Boar and Flying Pigs Farm, as well as Gramercy Tavern’s in-house charcuterie-whisperer Paul Wetzel, who was project captain. Skill level ranged from a 23-year-old butcher who learned his trade in a Super K-Mart (!) all the way up to Hilltown’s Richard Beckwith who, as Grady put it, “has been in this industry his whole life and still had his mind blown open by this thing.”

The group ate much of what they made — and natch the week concluded with a feast they cooked together — but some meats went back to cure in the facilities at Jacuterie, Raven & Boar and Gramercy Tavern; a future tasting will consider how the varying aging conditions changed the results. (How do I score an invitation?)

Glynwood’s cider project has already yielded such a blossoming of apple alcohol that Edible is throwing our first Good Cider party next Wednesday, March 18. If Grady does it again, in a few years I hope to see you at a Good Charcuterie party, too  —featuring New York blood sausage, cotechino, mortadella, guanciale, nduja and head cheese, all from recipes learned this week.