While Mixing Bowl Hub’s FOOD:IT was a similar experience to the many pitch events we’ve attended in New York City, there were two marked differences. 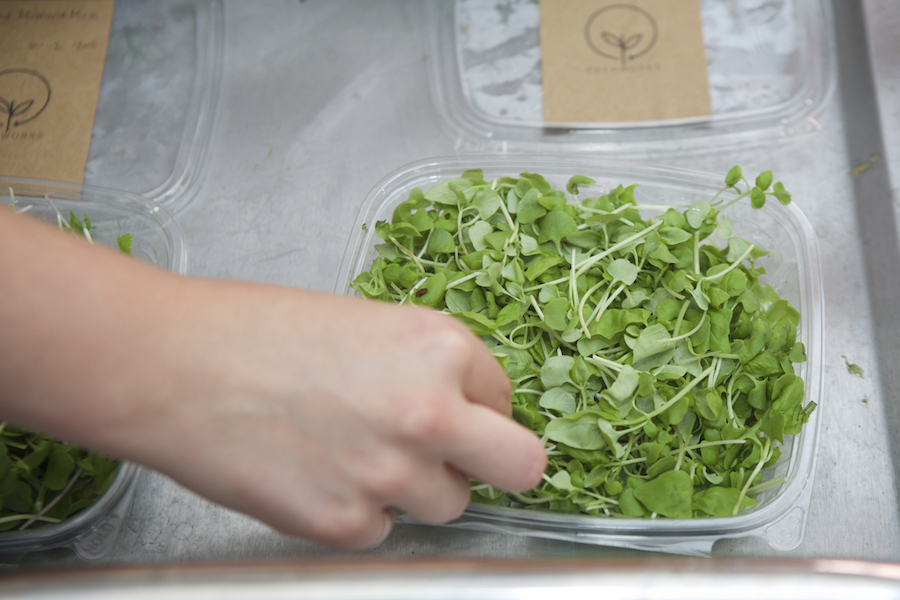 Investment in new food technology has been on a bullet train for a couple of years now. CBInsights puts the overall investment in foodtech at $5.7 billion in 2015, which is 1.5 times the previous year. If you’ve been observing the coverage, you may have noticed a general pattern of traditional business publications who see a new Kickstarter or start-up as charming ephemera, followed by journalistic whiplash when the idea gets investment upward of $20 million.

I’ve been following food and tech from New York for over a year and when offered the chance to see the Silicon Valley version, I couldn’t resist. I’ve never spent serious time in the area before so the culture shock was almost as striking as the improvement in taco selection.

I went to Mountain View, California, to cover The Mixing Bowl Hub’s annual FOOD:IT event (here are some of the most interesting start-ups). And while in many ways, it was a similar experience to the many pitch events I have attended in New York City, there were two marked differences.

First, in the land of Google, where storefronts downtown are just as likely to house tech companies as retail shops, there is a reverence for technology as a universally good thing that can easily make a skeptic feel like a Luddite.

Silicon Valley understands that the innovations that will change our lives and the food we eat will look nothing like their first iterations when they finally pop, and there is a breakneck pace to get through those early versions as soon as possible. But it leads to a “throwing spaghetti at the wall” mentality. Silicon Valley entrepreneurs “fail up” as we are told. You go big and bold with your thinking since a viable company is not the only path to success.

“The little secret is that the ideas that came out of here, the majority of them won’t actually make it, and that’s the reality with any hackathon,“ said Rob Trice, head of the Mixing Bowl and organizer of the event.

The second something about the spirit of the event that left me unsettled was the ever-presence of agriculture that gives food and technology a different focus out West. 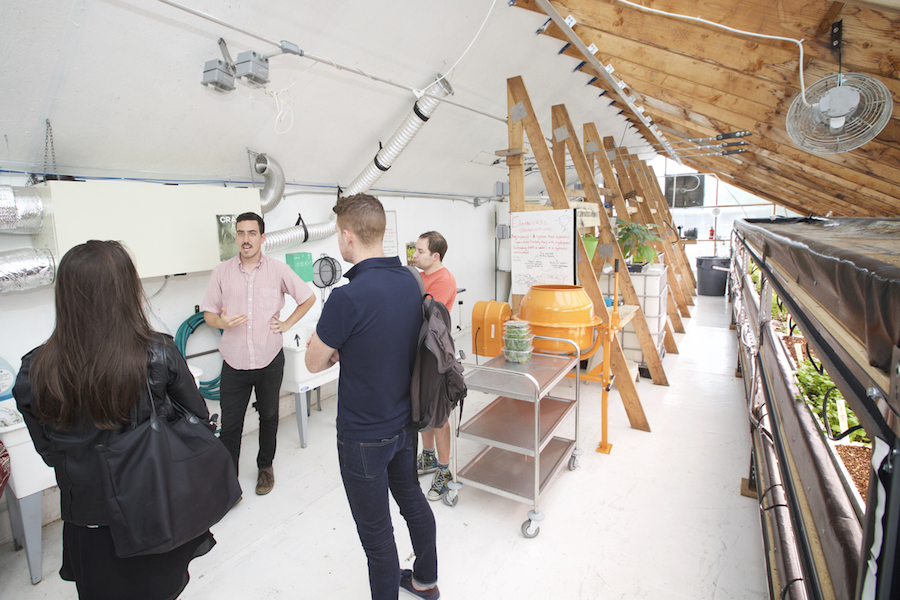 It follows logically: Founders seek to capitalize on what is abundantly available. In New York, that’s people. New York is a city where, not only can a meal delivery service thrive seemingly overnight, but they can do it while sticking to an extremely small geographic area. Business models predicated on extremely fast and personal service only make financial and physical sense where populations are dense.

In California, swap people for farms. America’s grocery stores are stocked with produce from California, and obviously, farming is big business. I knew this logically of course, but the scale of it hadn’t sunk in.

“I think in New York, or on the East Coast in general, the relationship that we have with farms is much more romantic. We walk down to the farmers market in Union Square and we have a conversation with these amazing people who are connected to the land. When you come to the West Coast, it’s not romantic, it’s industrial. It’s farm business,” said Jason Green, CEO of Brooklyn-based aquaponic farm Edenworks, who told his own story in the pitch competition.

When I saw the scale of the impact we’re talking about—the tiny tweaks that could change a massive percentage of America’s produce if applied system-wide—the whole food and tech scene gained weight by my estimation. I, too, had been treating it like ephemera.

Delivery systems, meal kits, restaurant tech—it’s all growing at an escalating clip. But if we want to keep an eye on what our food supply consists of and not how it gets to its final destination, we have to watch agtech. I’m not the first to get here. Entrepreneur Jennifer Goggin had similar sentiments when the Mixing Bowl came to New York in April. And as the conversation surrounding food and technology picks up speed and gains nuance, hopefully more start-ups will see it, too.

What kind of tech are we talking? 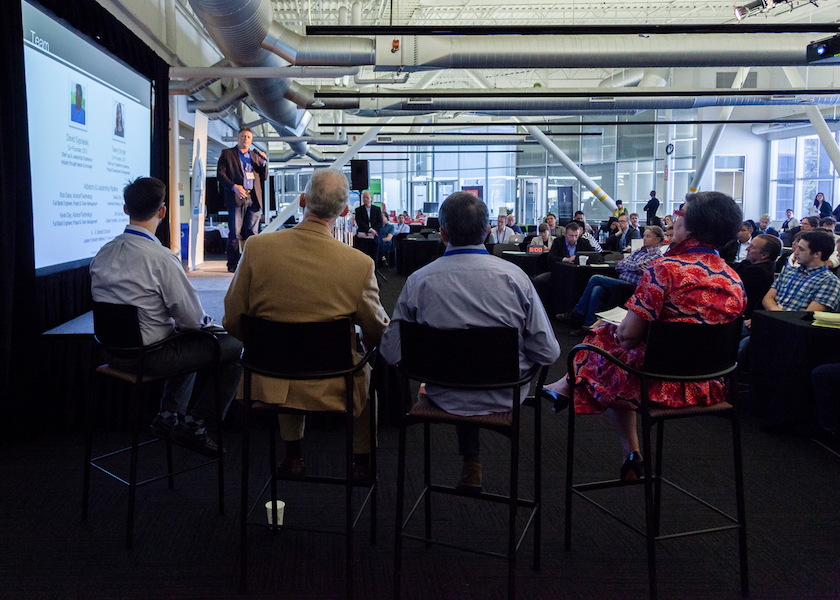 CBInsights puts the overall investment in foodtech at $5.7 billion in 2015, which is 1.5 times the previous year. Photo courtesy of the Mixing Bowl.

Foodtech is a category so expansive it is losing most of its utility. And agtech within it is almost equally vast. Industry watchdog AgFunder has put the total investment in agriculture technology alone at $4.6 billion for 2015, nearly doubling 2014’s $2.36 billion.

Agtech includes new kinds of physical technologies like aquaponics, hydroponics and aeroponics. It encompasses food safety measures like DNA testing, freshness monitoring and developments in produce traceability. It also includes all kinds of automation of farms and processing procedures through the use of robots, drones and software. But what all variants within the agtech umbrella have in common is direct contact with our food at its source.

The familiarity with large-scale farming has made fundraising out West easier, according to Edenworks’ Green.

“The idea of creating industrial farms that grow delicious food is not unfamiliar. So when we say that we can compete with California farms on price, that has a meaning here that in New York is an abstract idea. Here it’s a very real industry, the costs are very well understood. And the math is very well understood. [Aquaponics] is still a controversial idea that certainly raises eyebrows but it is a very good conversation starter.” Green’s plan to build more physical farms is what makes his pitch stand out in the Silicon Valley.

What is it all for? 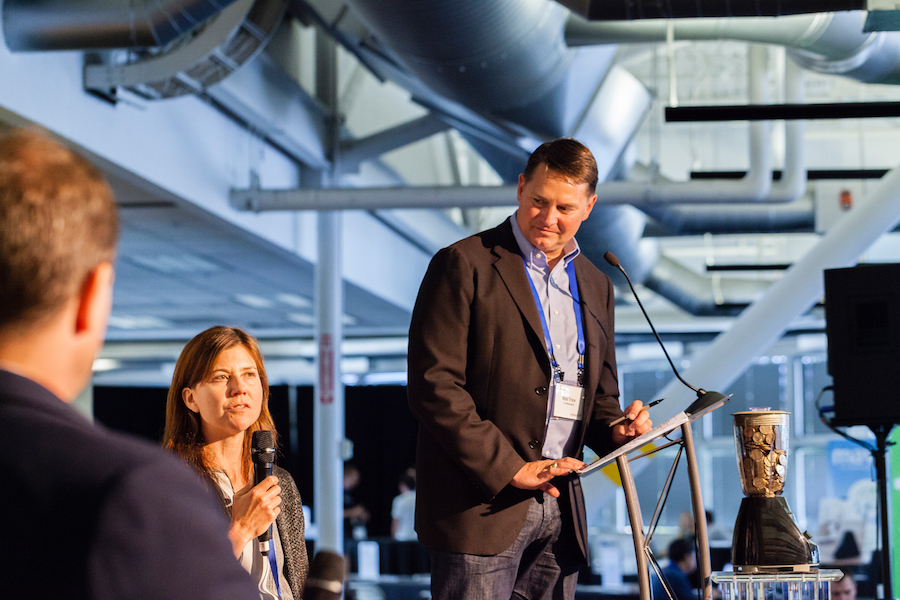 Civil Eats founder and editor in chief Naomi Starkman in conversation at the event. Photo courtesy of The Mixing Bowl.

Naomi Starkman, founder and editor in chief of Civil Eats recently wrote an essay questioning why the same investment funding interested in technological solutions don’t seem to be interested in more projects like Green’s, or even traditional farms. “Where is the capital for investing in food and agriculture—real assets, real farms, real people?” she asked.

Trice says that though all of these technological solutions to real tangible issues may look like wheel-spinning, it’s all heading somewhere good and necessary. “I do believe that this isn’t just about technology for technology’s sake,” said Trice. “We need to focus on the people that are bringing change to food and agriculture right now, and that’s about injecting more agility and precision, and descaling agriculture and food in general—meeting that demand through, I believe, what [Information Technology] is gonna bring,” he said.

Trice told me that most of the companies pitching at his event would fail. They would never make it to even wide national distribution. But they want to. The type of madness and bold thinking required to ask strangers for millions of dollars seems to demonstrate that these companies, these founders, believe their ideas are worthy of traveling all the way around the world.

“If you think about what Square did for payments, Uber for transportation, Airbnb for lodging, food and ag is one of those big verticals that hasn’t really been hit by the digital wave yet,” Trice continued.

So if Trice is right, a major change in the agricultural sector could have the force and effect of a trade deal—changing labor dynamics, human and animal migration and food prices. 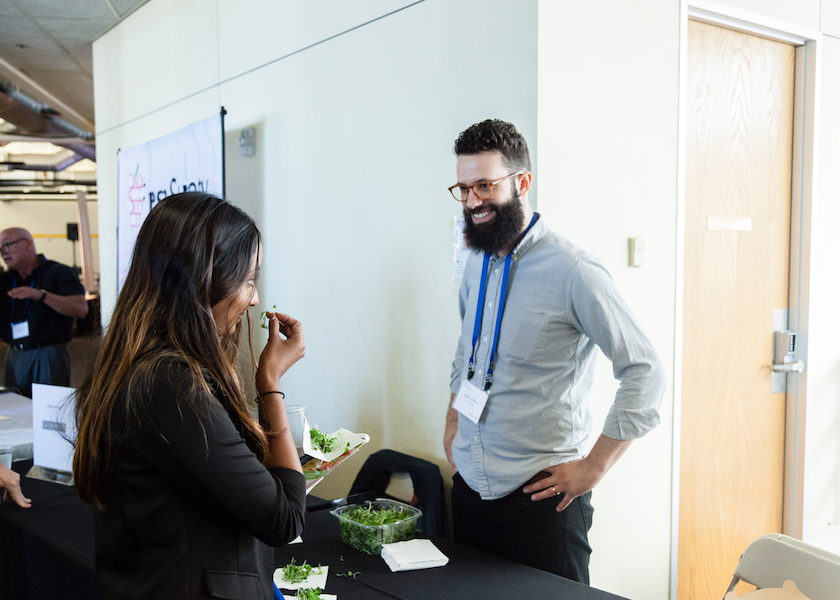 Jason Green, CEO of Brooklyn-based aquaponic farm Edenworks, told his own story in the pitch competition. Photo courtesy of the Mixing Bowl.

The food system has big challenges and the kind of small, principled farms need innovation and support. But after hearing probably more than 50 founders pitch in the last year, including another large handful at the Mixing Bowl, only a fraction are putting forth ideas that will have any effect on the food supply, access, social justice or health. And far too many are making healthy food (with no bias toward sustainable sourcing) more convenient for a mostly privileged population.

Agtech has the most direct potential for impact, not just market penetration. But that doesn’t mean they are the only ones who should be scrutinized. No matter the point in the food supply chain, all food businesses interplay with the vast, complicated and sometimes hidden landscape of American food production. They all make choices similar to the ones we as consumers make every day, and what food forces will they support with their business, which seem to have more political influence than we individuals?

In April, our editor in chief Brian Halweil presented the following questions that were not being answered by the food and technology field. “Is all this tech helping us eat better? Is it helping us farm better? The jury’s still out,” he wrote. Those are the right questions, and the hope is that one will answer the other. Technology should be helping us farm better so that everyone can eat better.

With that in mind, here are a few questions that I have for the next start-up founder I meet, whether agtech or otherwise: Who is this product serving and who is it excluding? Does your product support existing aspects of the food system that are detrimental to either people or planet? If so, what are you doing about it?