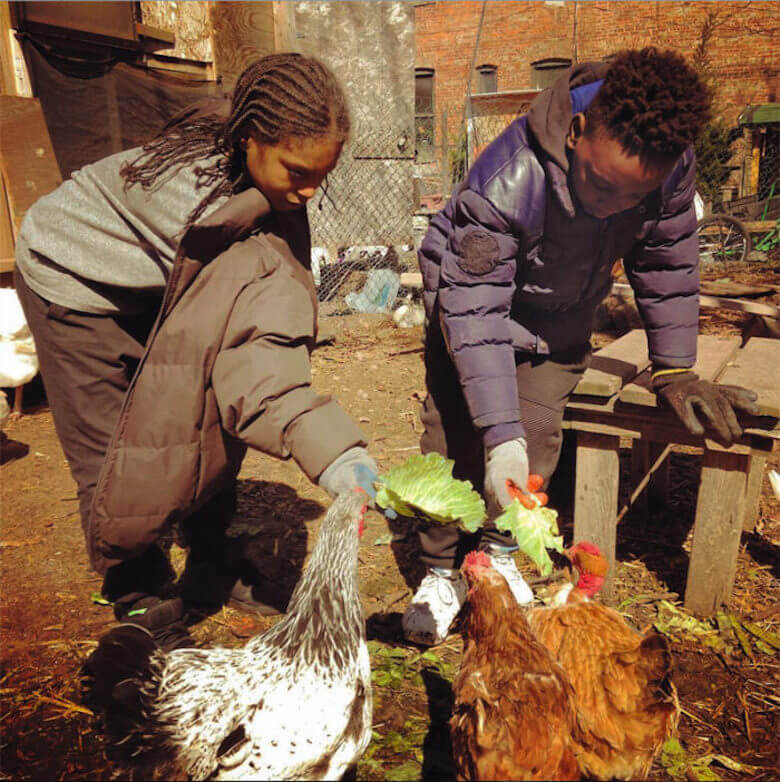 Reverends Robert and DeVanie Jackson, founders of the Brooklyn Rescue Mission Urban Harvest Center in New York City, are proud of the fig trees and raised beds in their organization’s urban garden. Since 2002, local students and senior citizens have tended the crops that help stock the mission’s food pantry. A mile and a half away, Bushwick City Farm, which started in 2011 with volunteers reclaiming a vacant, garbage-strewn lot, now provides free, organically grown food to in-need community members.

Despite deep roots in their communities, both of these urban farms are at risk of collapse. The Jacksons may lose their land in March unless a crowdsourcing campaign can raise the $28,000 they owe the bank for the lot, located in a rapidly gentrifying neighborhood. And though the owner of Bushwick City Farm’s lot originally told the farmers they could use the space, in August, he changed his mind and gave them 30 days to vacate. The owner has yet to enforce that order, but that could change at any moment.

“We’ve got 30 chickens there, and we didn’t have anywhere to go; we felt like we were participating in the community and he wasn’t,” said Bushwick volunteer James Tefler. “The neighborhood rallied around us and we had meetings with city government representatives.”

Those representatives, including Brooklyn Borough President Eric Adams, have been responsive to their plight, but so far it’s unclear what the city might actually be able to do to help. And it’s just one example of why some city lawmakers have been pushing to establish a new urban agriculture policy that would provide guidance to and support local growers.

Last year, City Council Member Rafael Espinal introduced a bill that would have set up a comprehensive plan, calling for in-depth analysis of potential spaces, zoning laws, and building codes, as well as the expansion of the availability of healthy food in low-income neighborhoods. The law the council ended up passing, however, was barely a shadow of the original proposal. It required the city simply to create an “urban agriculture website.”

Espinal said the original bill did not pass because many of his fellow lawmakers “felt as if there weren’t many barriers getting in the way [of urban agriculture]. We had some disagreements, and we agreed to move forward by taking what we see as a first step, by pushing the city to start a conversation.”

So while the website will be set up as a portal for growers to get information on things like regulations and resources, Espinal plans to continue to work on new legislation that will further his original goals. “The city has to sit down and really figure out ways that it can be a partner in helping urban ag grow,” he said. “There’s a whole ecosystem of opportunities and positive effects it can have on the city.” 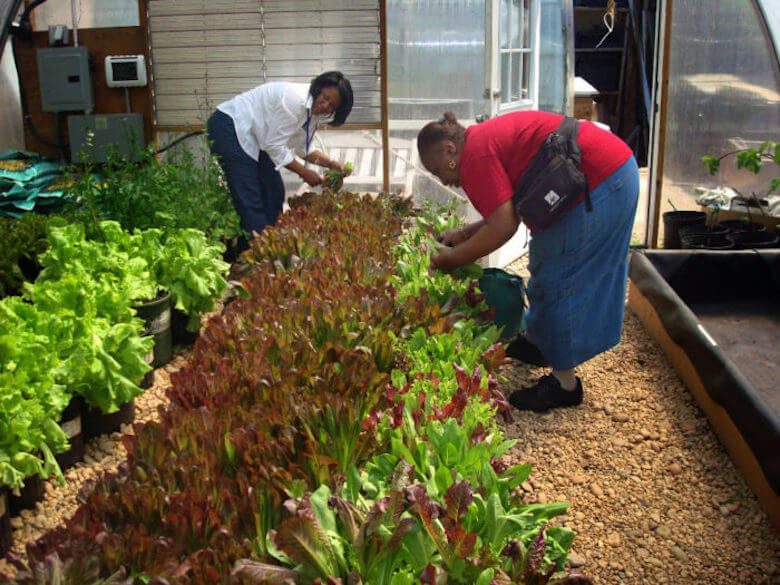 But in a city where community farms are struggling to hold onto land while commercial indoor farms backed by venture capital are booming, can legislators create and pass policy that tackles the complexities of the landscape and supports a more robust, representative system?

While many other cities around the country, including Detroit, Austin, Boston, Cleveland, and Portland, Oregon, have passed progressive laws to support the expansion of urban farming, New York’s landscape is complex and crowded. New Yorkers have been working in “farm gardens” since at least 1902. In the 1970s, however, the community gardening movement took off in a new way as activists transformed the many vacant lots that spanned the boroughs. The city supported that effort by creating the GreenThumb program in 1978, which now oversees approximately 600 gardens across a total of 32 acres.

Over the past decade, as urban farming has expanded around the country, community gardens and commercial farming at a larger scale have also grown. In its Five Borough Farm report published in 2012, the Design Trust for Public Space identified 700 total farms and gardens in New York across four categories—community gardens, institutional gardens, community farms, and commercial farms—producing food in the city. In a 2014 follow-up report, that number had risen to 900. 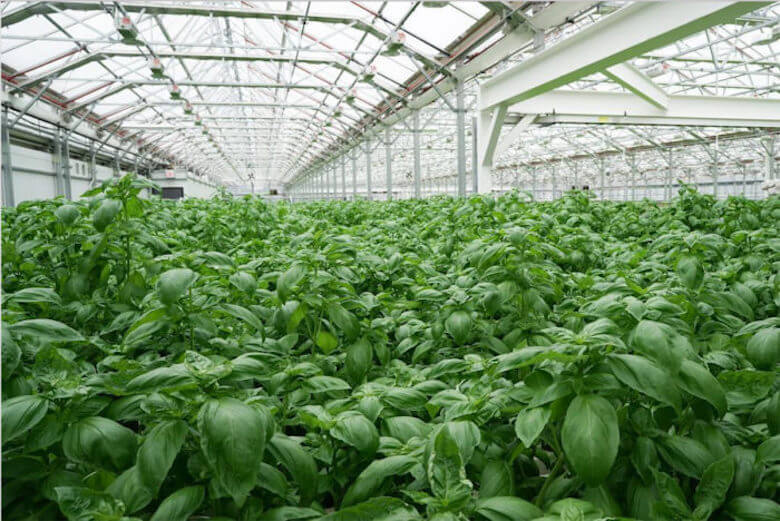 In addition, Bowery, Edenworks, Square Roots and Local Roots are all indoor farms that began growing and selling produce within the past few years. And all of that development has occurred with little city involvement. This rapid rise of large-scale, well-funded farm operations in the Big Apple, alongside the growth of demand for community gardens, is part of what complicates New York’s policy work.

“The kids get in here and start touching soil, [and] they change. It might keep them out of jail, or they may get a PhD,” Rev. Robert Jackson said of the 770 student interns the harvest center has hosted since 2002, as he threw vegetable scraps to excited chickens, which are famous in the neighborhood.

On a walk to the mission, local community leader Kenny Mbonu stopped the Jacksons on the street and began, unprompted, to talk about their impact. “These people are true pioneers in community food and in creating green spaces,” he said. “My kids held chickens for the first time at the farm. You should have seen their faces.”

While arguments for supporting urban growing often focus on food access, a 2016 literature review published by Johns Hopkins found that “urban agriculture’s most significant benefits center around its ability to increase social capital, community well-being and civic engagement with the food system.” At the same time, the report found that urban agriculture can negatively impact communities through gentrification, and recommended that the development process include a community’s most vulnerable residents in the decision making.

Which is why advocates say involving community leaders and small growers in the policy process is so important. A public hearing on urban ag policy held last fall left a bitter taste in community organizers’ mouths; advocates said the meeting was largely skewed toward for-profit, primarily white growers, while community growers of color were underrepresented.

Luisa Santos, who testified on behalf of the Design Trust for Public Space at that meeting, called for a citywide task force that would review the proposed plan. A diversity of growers on that task force is key, she said, as is acknowledging resource gaps between community and commercial growers.

Protecting access to land, especially spaces community members have already invested in, is also an issue an urban agriculture plan could help with, Santos said. Espinal said he hears from constituents “all the time” about land issues. Many community gardens have been lost in the past two years to development or have been taken over by the city to build affordable housing. 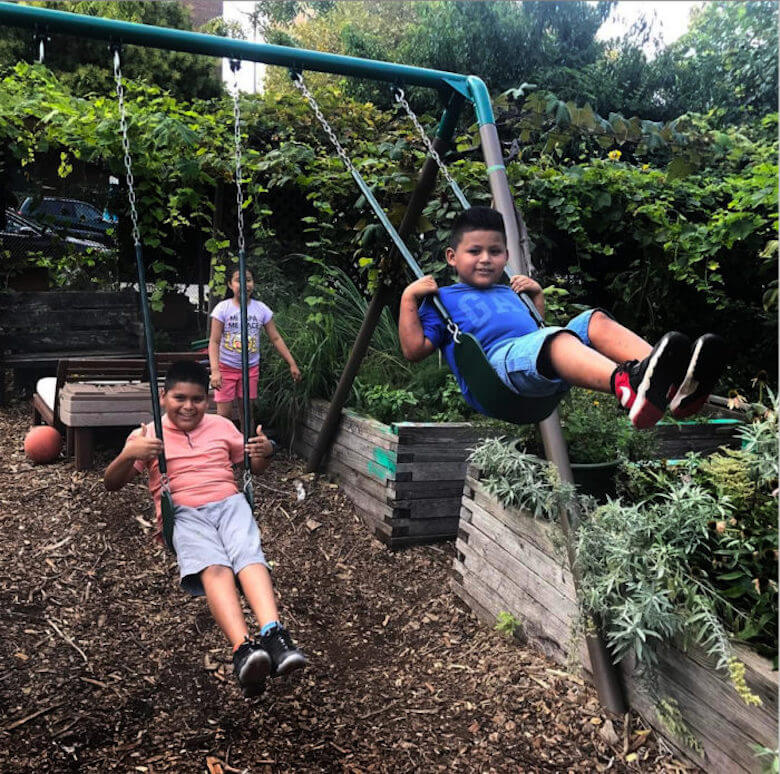 And simple clarity would help everyone involved in the system, from community gardeners to large-scale commercial farms, Santos said. “One of the great opportunities with an urban agriculture plan is just making sure that there is policy for what you can and cannot do in relation to growing food, for yourself or to sell.”

Moving forward, Espinal said he envisions a future plan that would create opportunities for commercial growers to work together with and help community growers. “My main goal in the next few months is working with all stakeholders, figuring out what are the issues and barriers, and putting a policy document together.”

Santos said the Design Trust felt the legislative change was a disappointing setback, but that it didn’t destroy the possibility of “achieving a comprehensive agriculture plan” in the future, and that the organization is now putting together a task force to work alongside elected officials.

In the meantime, growers like the Jacksons will keep digging in the dirt and distributing food for as long as they’re able, tending to the hole in the hoop house and cutting back the cherry tree.

“We had an agreement with the birds,” Rev. DeVanie Jackson said. “They get the top and we get the bottom. But now, they’re getting everything.”