Harlem on the Rise: Champions of Uptown’s Hospitality and Culinary Industries Look to the Past to Inform the Future

On February 17th, Harlem Park to Park held its third annual Hospitality and Culinary Conference to discuss their progress and what steps should be next in elevating Harlem to meet and exceed the glory it saw in the height of the Harlem Renaissance in the 1920s. 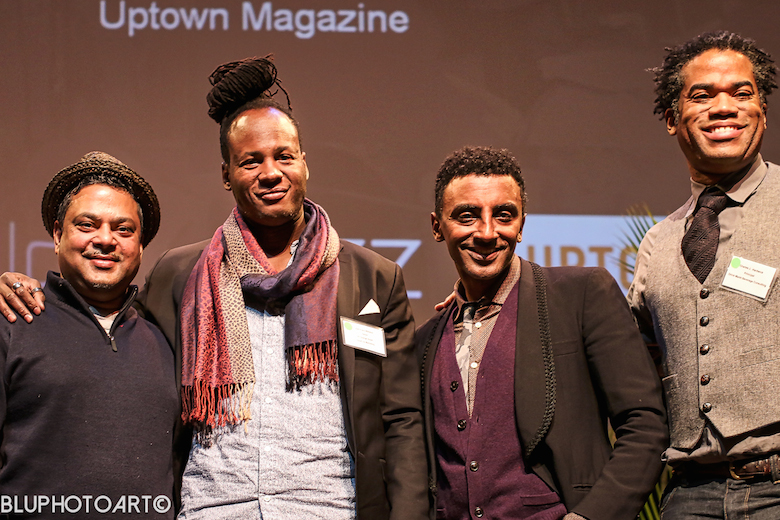 Thirty years ago, on the corner of 120th Street and Malcolm X Boulevard, composer and trombonist Craig Harris could hit three dope dealers with an under-handed throw.

Last time he was on that corner was not too long ago and this time, he had a latte in one hand and was considering buying a chocolate apricot to fill the other. Times have changed in Harlem. There’s a dedicated and fiercely passionate crew of business owners that are hell-bent on making the neighborhood a destination for tourists and especially New Yorkers from other boroughs.

An organization that has taken up this task is Harlem Park to Park. Founded in 2009 by just a handful of local businesses with the idea of putting cooperation before competition, the group is now 83 businesses strong.

On February 17th, Harlem Park to Park held its third annual Hospitality and Culinary Conference to discuss their progress and what steps should be next in elevating Harlem to meet and exceed the glory it saw in the height of the Harlem Renaissance in the 1920s.

“What does the 21st century version of the Harlem renaissance look like?” asked Beatrice Sibbles, a founding board member of Harlem Park to Park and managing partner at BOS Development.

The conference started with a panel on “Harlem Renaissance: Then” — a frank discussion of the successes and failures of previous generations to hold onto both real estate and the soul of the community between 110th and 135th, from river to river. According to City Council member Inez Dickens, in decades past, “The art of our history was not presented in any way that welcomed the world.”

So, as discussed in subsequent panels, the mission now is to make an environment that is welcoming without watering Harlem down. Sibbles threw down the gauntlet for Harlem Park to Park to make Harlem into what she called  a “heritage space” — calling up examples like New Orleans and Havana. After discussing the past, the conference turned to the present and future or Harlem’s culinary and hospitality businesses.

At the end of the day, the conference posed more questions than answers: What will Harlem look like in 5 years? Who will own it? How can the community maintain control of the authentic culture in Harlem while doing what is best for business? What responsibility do business leaders have to the families living in Harlem for more than 50 years?

The conversations and panels were spirited with the audience chomping at the bit for question time. All were excited about this moment in time for Harlem. But simultaneously and in equal measure, interested parties seem concerned about the future of their neighborhood. When hundreds of people are building the same house, it’s hard to know what the result will look like.