Why This New York City Doctor Went to Culinary School

Bridging the boundary between food and medicine Dr. Robert Graham recently completed more than 600-hours of culinary education at the Natural Gourmet Institute. 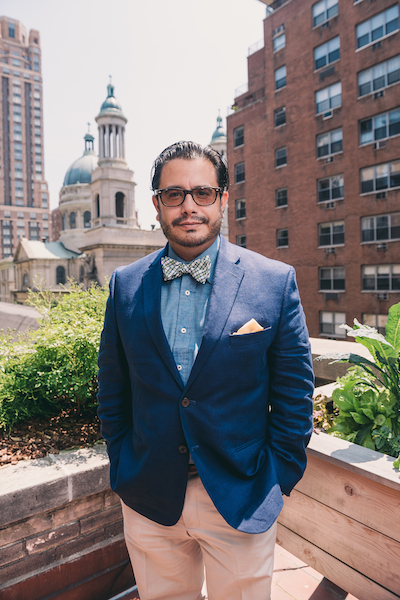 As a doctor, Graham is influenced both by his mother’s focus on food and by his dad who was a conventional biochemist. Photo by Joe Martinez.

Editor’s note: We’re chronicling the innovations changing the way we eat and drink as we lead up to this fall’s Food Loves Tech. Our annual deep dive into the future of food returns to Industry City on November 2–3, 2018 where Dr. Robert Graham   will join us as a panelist. Learn more and get your tickets here.

When was the last time you asked your doctor for his or their soup recipe? Probably never but that’s something Dr. Robert Graham, a recent graduate of the Natural Gourmet Institute’s Chef’s Training Program, wants to change.

Over the past 11 months Graham who owns the integrative health practice, Fresh Med, underwent 600 hours of culinary education. The program, licensed by the New York State Department of Education and nationally accredited focuses on healthy cooking. Students attend full or part-time and learn cooking techniques, how to source ingredients, how food can heal, recipes for traditional flourless, vegan and gluten-free desserts and breads and business principles as well as complete an internship in a professional kitchen.

“The difference between a cook and a good chef is how to pick best ingredients and how to optimize the technique,” says Graham who has always had an interest in food.

As a child growing up in Jackson Heights, his mother cooked family meals every day telling him “there no greater expression of love than cooking for someone else.” As a doctor, Graham is influenced both by his mother’s focus on food and by his dad who was a conventional biochemist. Throughout his education, his previous work at Lenox Hill Hospital in his practice and at home he stresses how food can heal.

Before completing the Chef’s Training Program, Graham was already organizing cooking classes for fellow doctors and prescribing food as medicine. He hopes, however, his new training will help him take his practice to the next level while raising public awareness about the bridges between the culinary and medical fields.

“I’m trying to combine the science of medicine with the culinary arts and prescribe love to my patients,” Graham says. “What we eat and how we cook tells a story about who we are, where we’ve come from and what we care about. Remembering the food my mom cooked transports me back to my childhood, my roots and brings back that love I’ve always felt from my mom. “

In the coming months, Graham hopes to consult with hospitals and restaurants to create healthier plant-based options, and empower others to spend more time in the kitchen. He’d love to eventually offer a meal kit designed to address different medical issues.

As for that soup, he makes his own vegetable broth using kitchen scraps/waste (like onions skins, carrots trimmings, mushroom stems, any wilted veggies, celery ends and leaves, broccoli stems or kale stems.