The “Men in Blue” will be donning chef whites on March 13 for the annual Doe Fund “Sweet: New York” fund-raiser where trainees in the charity’s culinary arts program will cook alongside some boldface names from the Manhattan food world. 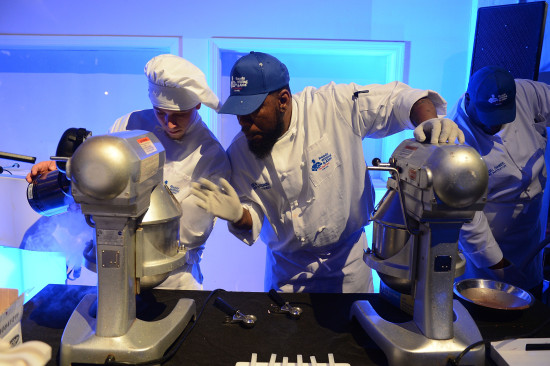 The “Men in Blue” will be turning in their uniforms for chef whites on March 13 for the annual Doe Fund “Sweet: New York” fund-raiser where trainees in the charity’s culinary arts program will cook alongside some boldface names from the Manhattan food world. Chefs from BLT Prime, Commerce, Magnolia Bakery and more will be joining the likes of Kronna Williams, who was trained through the Doe Fund’s program and now works as a senior kitchen coordinator (when he isn’t busy perfecting his latest creation as a saucier).

“The challenge of preparing a meal for 200 people was eye-opening in itself,” Williams said about his introduction to the food services world when he was part of the program in 2007.

Now his focus is on streamlining the kitchen madness and “perfecting” the offerings for this year’s event, which will be held at the Bowery Hotel. The chorizo-stuffed wontons served on an avocado mousse and the white fish salad on a seven-grain crostini are just a preview of what they will be serving. 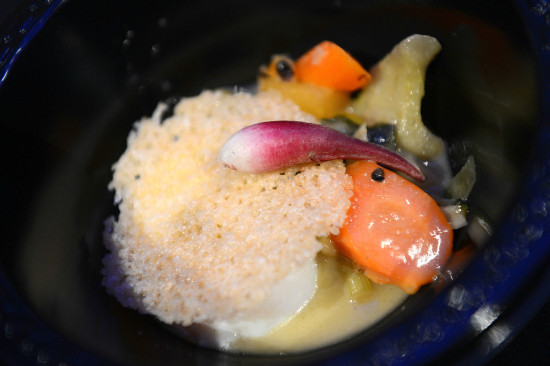 The event, now in its third year, aims to raise both funds for the Doe Fund and awareness about the programs that they offer for the homeless. For many, like Lavo’s chef John Deloach who is one of the celebrity participants, the Doe Fund is most immediately recognized for the work they do outside of the kitchen. “In every borough you can see ‘The Men in Blue’ working extremely hard to maintain city blocks,” Deloach said.

Many outside the industry don’t realize that the Doe Fund was one of the first charities in the city to expand into a variety of different “recession-proof” career training programs — from back office administrative training to pest control. Founder George McDonald said that the culinary arts program was one of the most natural expansions since Doe Fund trainees often started by helping make the meals for the volunteers and participants, and quickly developed a passion.

“We find people who naturally take to this and who love it… and that’s where they get their joy from,” McDonald said. “Homeless people are used to being invisible to society but [there is an] idea of warmth and family and love that comes from food.”

Marcell Chambers, another culinary arts graduate who will be helping run the kitchen at the March 13 event, agreed and said that his time in the kitchen brings him back to his childhood.

“It’s the nostalgia factor for me. The women in my family all cooked and it took a lot for boys to get into the kitchen,” Chambers said. “I haven’t lived at home in a very long time and it’s a way for me to connect back to a different time in my life.”

McDonald, who ran a short-lived mayoral campaign during the Republican primary last fall after spending 45 years as a Democrat, said that he remains hopeful about the future when it comes to improving the living conditions for the city’s poor. The latest statistics, which show that the city’s homelessness levels have more than quadrupled in the past two decades, don’t provide the basis for his optimism; that all comes from Mayor Bill de Blasio, who McDonald joked he had known “since he was 3 feet tall.”

“I don’t believe in the history of New York City that we have had a mayor better prepared to deal with the issues of homelessness or housing,” he said. 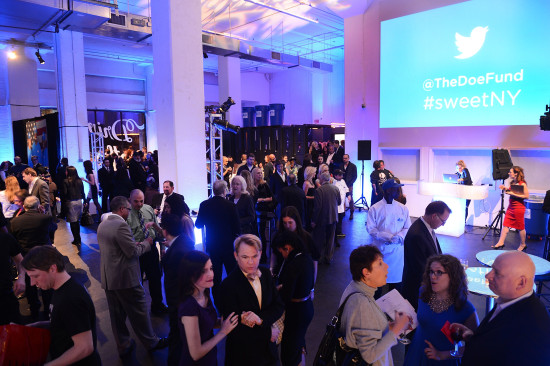 The culinary arts program is also helped directly by private partnerships, including a number of restaurants like one of the event’s sponsors, Magnolia Bakery, which has hired the program’s graduates. While chef Deloach from Lavo says that they have “not yet” hired a graduate, he sees immense value in such a training program.

“Culinary Arts is an expression of creativity, which I believe everyone should have the opportunity to be exposed to,” he said. “There are many doors that can open for this type of training program and it can also be a wonderful outlet.”