The newest location is assembled with distinctively Barcadian elements: a chalkboard and collection of behind-window neons above the bar, a superb lineup of 24 Northeast-focused drafts and, of course, arcades. 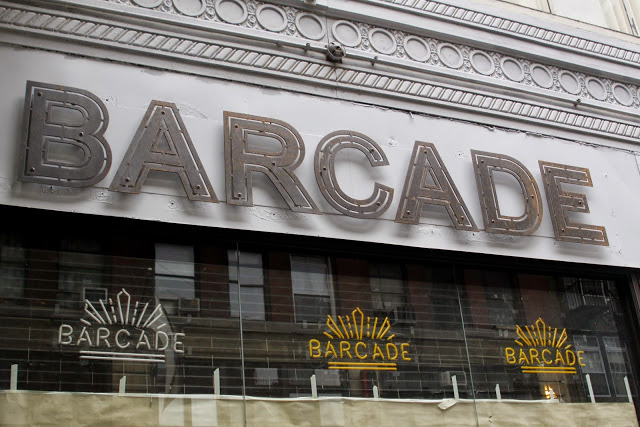 I previously mentioned my childhood-era love for Sega Genesis, but I must reiterate: I worshiped the 16-bit console, substituting traditional young-person activities, primarily anything involving physical exploration and exertion, with intense game-playing of Mortal Kombat 2 and NBA Jam. While Sega was an epochal component of my youth in Ridgewood, equally significant were visits to a laundromat on Woodward Avenue, where a pair of arcades swallowed endless quarters from my pockets and consumed endless hours from my afternoons. Barcade, an aptly named and excellently executed amalgam of arcade and bar, has enabled me to continue joysticking into adulthood — even as my fingers inevitably continue to lose dexterity.

Owned by Paul Kermizian, Pete Langway, Kevin Beard and Scott Beard, Barcade launched in Williamsburg in 2004 to deftly return video games to the bar — once a fixture — on the coattails of an exploding movement: craft beer. The quartet followed with locations in Philadelphia and Jersey City, both in 2011, and ain’t stoppin’ their quarter-poppin’ — they open the fourth outpost of Barcade, also the first in Manhattan, today.* 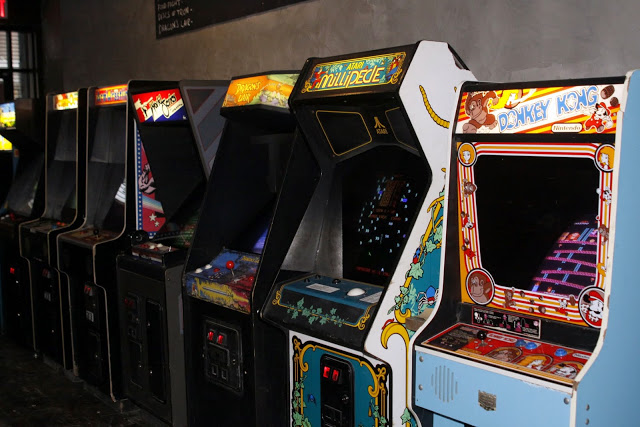 The newest location, at 148 West 24th Street in Chelsea, is assembled with distinctively Barcadian elements: a chalkboard and collection of behind-window neons above the bar, a superb lineup of 24 Northeast-focused drafts and, of course, arcades. Chelsea will offer the most cabinets of any Barcade, totaling nearly 50 titles. This includes Night Stocker, NBA Jam Tournament Edition, Time Traveler and Millipede. “We’re starting to creep more and more toward the ‘90s with some of the titles,” Langway says, perhaps referring to the always shifting perception of nostalgia of his clientele. 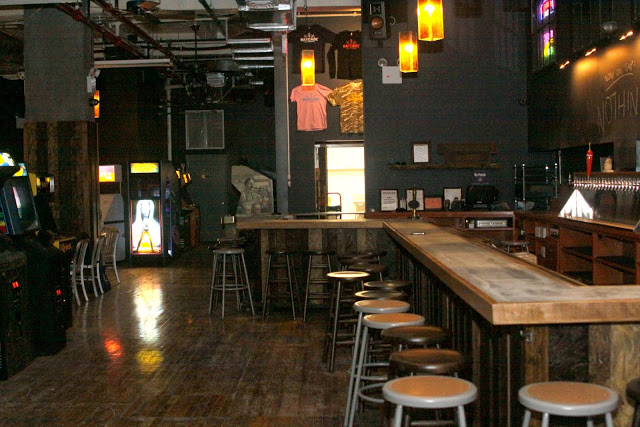 Chelsea will also house a larger kitchen than Jersey City and Philadelphia (Williamsburg only offers potato chips, basically). Langway described the menu, chefed by Lee Knoeppel, a participant on the second season of The Taste, as “eclectic and elevated arcade pub fare.” It won’t serve eats until the second or third week of June, but beer starts flowing on Tuesday.

*A second location is already planned for Manhattan, in the former space of Mondo Kim’s on St. Mark’s Place in the East Village.