What becomes clear when you survey the frothy, churning plains of foodtech is that things are moving wicked fast. 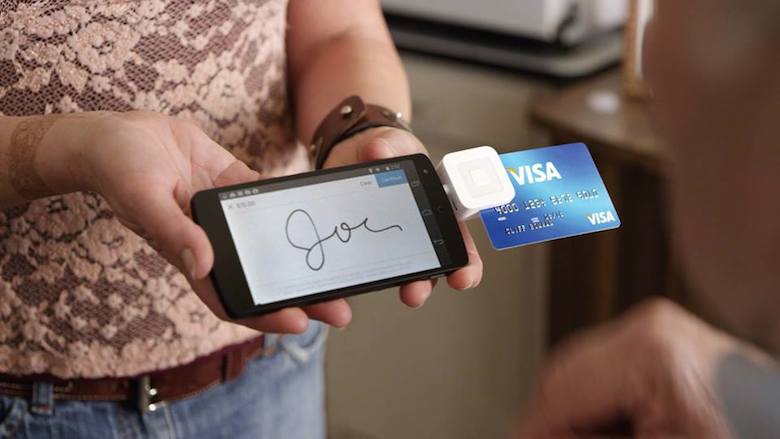 Square has helped build “arrival prediction” tools so that a shop can know when you are going to visit. Photo credit: Facebook/Square

In penning a profile of Danielle Gould for our Innovation issue, I got to do a deep-dive into the world of inventors, app developers, agtech extensionists and food hackers that Gould tracks and nurtures through her organization Food+Tech Connect. As I note in the piece, it’s a world that at times looks quite sci-fi, and sometimes even creepy.

But what becomes clear when you survey the frothy, churning plains of foodtech is that things are moving wicked fast. Given how quickly new technology can be adopted by lots of people — “to reach scale,” as they say — it’s not inconceivable that the farmtool-renting-via-SMS platform HelloTractor couldn’t become as widespread in rural communities as Uber has become in major metro areas.

What? Never heard of HelloTractor? But that’s only the beginning. Here are eight technologies in the foodtech and agtech space that I learned about from Food+Tech Connect — often via their Twitter stream, but also their well-gathered weekly e-mail “Bytes” (sign up on their website).

This large capsule-shaped device, made by the Devon-based firm eCow, is designed to live in the stomach of a cow. The smart pill has sensors for pH temperature and can tell a farmer when the quality of feed isn’t keeping the cow’s gut healthy. Once the cow swallows it, it stays put: “One end of the bolus is weighted,” as the instructions explain, “to encourage the bolus to sink into reticulum and keep the sensor in the rumen liquor.” About the size of a small banana and weighing roughly half a pound, it takes 96 data points per day and can store four weeks of data, accessible on mobile app or from API. They autopower off when outside of the animal to preserve battery life and are sold in packs of six. Monitoring a single cow in a herd can tell you a lot about what’s going on in the entire herd’s collective stomach. “We make a rumen bolus that provides data to enable better rations for cows. Most farmers get their money back in less than a month by controlling rumen pH,” founder Toby Mottram says. The company is also conducting research into robotic milking.

When I first saw the demonstration video of a Rowbot “robot” shushing through a field of corn, planting a fall cover crop of cereal rye, it was mesmerizing in its monotony. The idea behind this smart, mini-machinery is that it can get into those spaces — nooks, crannies, margins — of farm fields that colossal tractors simply cannot. The Rowbot is deployed in groups (would that be a herd or flock of Rowbots?) and I look forward to seeing one in live operation. According to the online specs, this farm robot’s primary training (as C-3PO would have said) is in weed control. It’s equipped with spinning mulchers, can apply herbicide and — this is the best part — plant cover-crop seeds. Excited to see usage numbers for this upcoming grow season.

I wasn’t quite sure what to think when I first saw this machine butcher pry apart a chicken thigh. It came to me through a VICE Munchies newsletter just as my interest in foodtech was heating up. Modern, industrial slaughtering and butchering is dangerous drudgery, so freeing humans from the industrial slaughterhouse floor ain’t a bad thing. But that’s not the only type of butcher there is. The folks at Dickson Farmstead Meats or the Meat Hook do what they do by well-trained hands. What will become of our animal husbandry once robots are the husbands? The VICE head read “Butcher of our Nightmares,” and the author seemed repulsed. “Imagine those chickens that The New York Times’s Nicholas Kristof wrote about only last week,” the story goes, “being removed even further from human hands before they ultimately meet their fate as faceless, bland protein, stacked in yellow Styrofoam trays upon soggy meat diapers.” What would Action Bronson do? 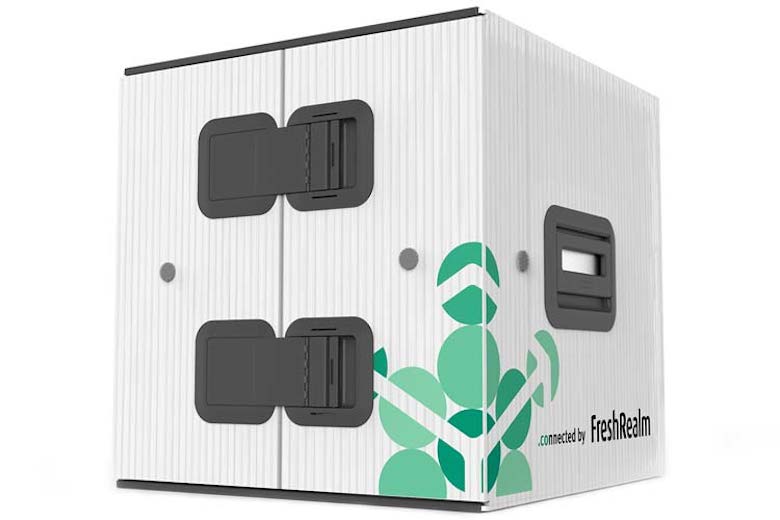 Call this the food distribution system entry in the list. Nearly three feet by three feet, FreshRealm cubes were designed with the household in mind. They hold a pantry-packing supply of healthy staples, from grains to kale and milk, and can be delivered via postal service, UPS or other carriers. This box, called the “Vessel,” is aimed at food deserts, where there is no green grocer, but there may well be FedEx and Uber drivers crawling the streets. The boxes are beautiful, and the why is impressive: “By organizing and streamlining existing systems, data and markets, we aim to bring fresh food to everyone while eliminating the spoilage and false demand that contribute to catastrophic food waste.” 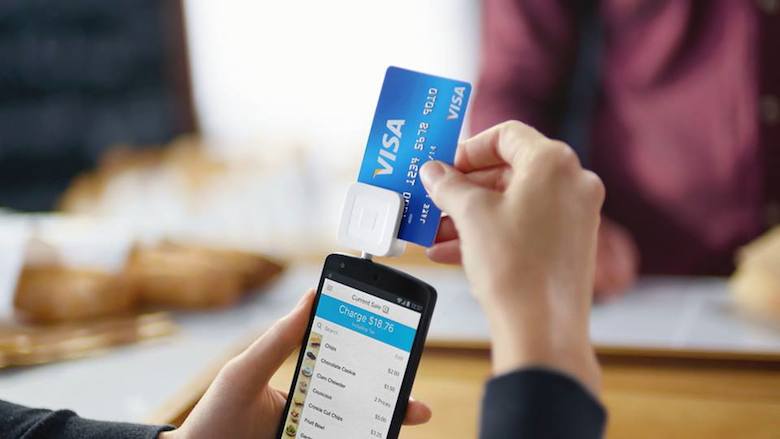 I happened to be in San Francisco when the news broke, via the Food+Tech Connect’s Twitter stream, that Blue Bottle was rolling out “arrival prediction” tools so that the shop could sense when you were going to arrive, using your bobbing dot on a Google map somewhere in the cloud, and fire the order to be ready just as your body approaches. The tech was an app called Order offered through Square. “For the technology to work,” TechCrunch reported, “sellers need to set preparation times for different items on their menu. The app then creates a sort of geofence around the business, and recognizes when a customer is nearby and someone should start on an order.” Starbucks had been forging a joint venture with Square to roll this out at its shops worldwide, but the two companies had a falling out. Starbucks, in fact, now offers the same functionality through its own Starbucks app for iPhone, which also allows users to shake their phone at the barista in order to pay. (Seriously, I’ve seen it.) 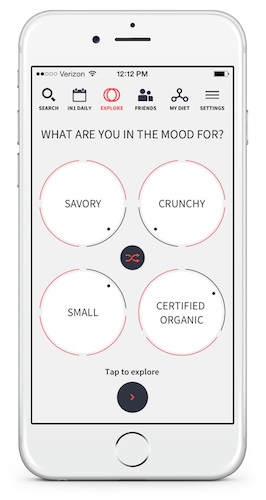 In the “making it easier to eat better” space, we recently covered the food ID app Ingredient1 in our roundup of “8 Free Food Apps Changing the Way We Eat out, Eat in and Shop.” In fact, Ingredient1 is so much more than a food finder as it provides access to a nutritional database many orders larger than the one the U.S. Government — or any government! — maintains. Ideal for folks with food allergies and complicated nutritional needs. Read our full review here.

We first met the good folks at Clearhart while working together on the Manhattan Cocktail Classic. Then, when we recently started investigating wearable tech, we stumbled on the SavorBand, a smart wristband that’s designed to record your experience, enable purchases and unlock prizes at events like MCC and the South Beach Wine & Food Festival. (The Esurance logo also looks pretty cool on the band.) We’ve become enamored with it as a possible replacement for the “dumb” wristbands we currently use at our events. In fact, we asked Gary Vaynerchuk what he thought, and he answered, starting at 5:42 here, arguing that smarttech is going to eat up the world.

8. The Age of Spiritual Machines

This is not a company or product, but a book. In it, Ray Kurzweil argues — through future robot-human dialogue in inter-chapter interludes — that technology adoption is accelerating: “The progress will ultimately become so fast that it will rupture our ability to follow it.” Kurzweil has been called a modern day Edison, a holder of many patents and creator of many inventions, including early technology in music synthesizing and natural language processing. And, as you may recall, we geeked out about Ray Kurzweil this past summer with Mike Lee of FutureMarket.