They wanted an approach that would be casual and inviting for all, whether you have Portuguese roots or not. 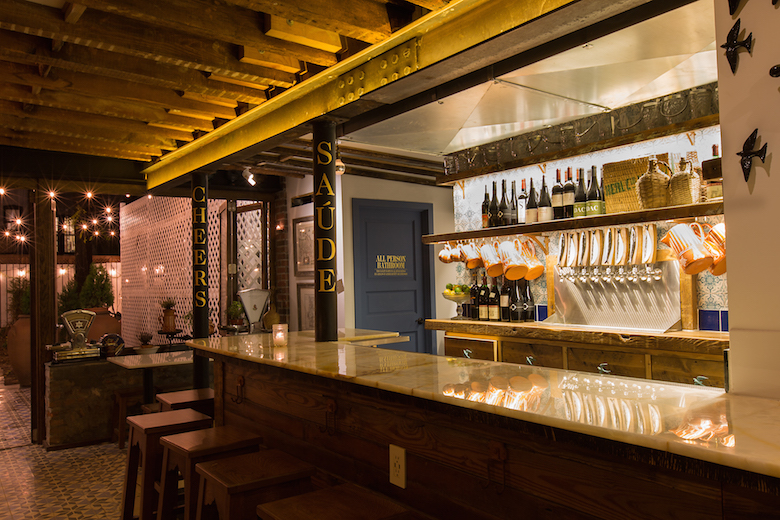 They renovated their space extensively to adhere to LEED (Leadership in Energy and Environmental Design) specifications. Photo courtesy Taberna 97.

The East Village is definitely not unchartered territory for Patricia Sanguedo and her husband, Eric Baker. Both are already running established food and hospitality businesses: Patricia and her sister, Raquel, currently own and operate Noz Catering, and Eric is the owner of the pub St. Dymphna’s.

As they worked on opening the passion project that is their St. Marks Place restaurant Taberna 97, though, they met with new challenges. The couple not only hoped to fulfill the need for traditional Portuguese food in Manhattan but wanted to do so as a farm-to-table restaurant with a green a philosophy. Taberna 97 is a participant in the Green Building Movement, and they renovated their space extensively to adhere to LEED (Leadership in Energy and Environmental Design) specifications. 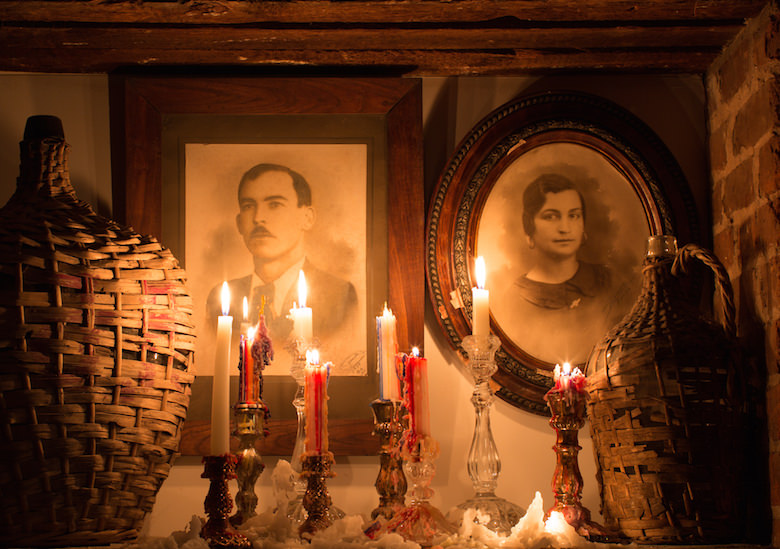 Nearly everything was shipped over from Portugal, and it combines to create the feel of what they intended to be coming into a hole-in-the-wall taberna. Photo courtesy Taberna 97.

Despite their consistently busy schedules and being parents to two boys, it was important to both of them that there be a place for the authentic comforts Patricia and Raquel grew up with in Porto, Portugal. Though there are places in New York City serving Portuguese dishes that are decorated with Michelin stars, they wanted an approach that would be casual and inviting for all—an atmosphere Eric nailed at St. Dymphna’s.

From the low ceilings to the gorgeous mosaic tiling, tall dripping candles on the tables and a beautiful backyard area for their guests to stroll in, nearly everything was shipped over from Portugal, and it combines to create the feel of what they intended to be coming into a hole-in-the-wall taberna.

The restaurant soft-opened in December 2016, and after just a few months of being open, they’d seen an incredible outpour from many in the Portuguese community and others seeking comfort food. Head chef Brian Lopes grew up in the Portuguese restaurant scene in Newark, New Jersey, the son of a chef, and was completely entrusted with executing the menu as rustic, affordable and fresh as possible. Guest favorites include the grilled octopus, croquets de alheira (battered and fried sausage meatballs), sardines, and the chourico and cheeses, which are sourced from a vendor in Newark. “I love everything here,” says Patricia. “We thought this would be a place we could make for Americans, but it brings people in to have grandma’s cooking once again.”

Though Eric himself is a vegetarian, he knows Taberna 97 has a lot to offer. “There is still much anyone can get with 100 percent Portuguese ingredients, and [we’re] plating it for the New York eye in small plates,” he says. “We’re aiming to be food and wine forward, with an old tavern feel.”

One design element that helps foster that feel are the ceramic swallows decorating the wall, which Eric explains are a symbolic figure in Portuguese culture and folklore, representing loyalty and family. “Even though you’re across the ocean, you have roots back home,” he says. “We hope people come, and let this place become a home away from home.”