Making Olive Oil Is Like Skateboarding—Just Ask This Specialist

Oleologist Nicholas Coleman wants you to think differently about this ubiquitous ingredient, and for good reason. 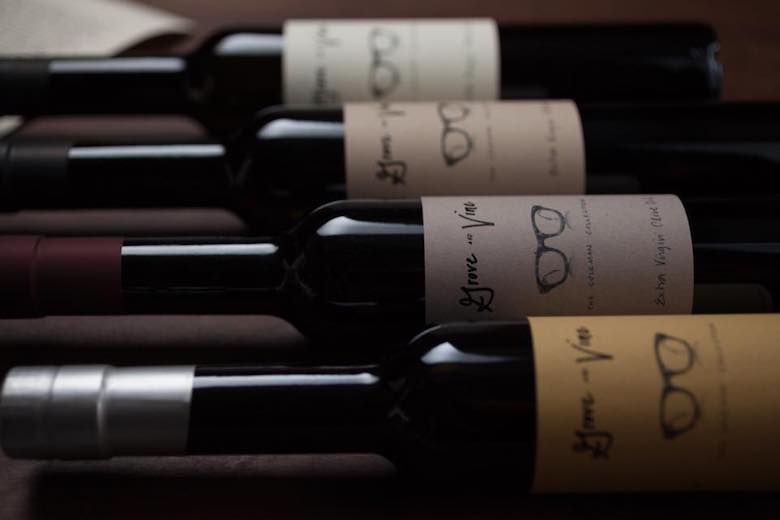 “Want to know the parallels between skateboarding and olive oil?” asked Nicholas Coleman with wide eyes. We were seated at Madison Square Park’s Shake Shack where the scent of burgers saturated the warm air.

“Both skateboarding and olive oil production are forms of individual expression,” said Coleman. Though the fundamental tools—be it a skateboard or an olive—remain the same, the final product’s elegance comes from the creator’s employment of that implement in an authentic way. Coleman believes “it’s like a fingerprint.” Adding, “Olive oil is the perfect bridge between tradition and innovation. Olive oil is tradition.” Producers provide innovation.

Until recently, Coleman was the first and only chief “oleologist,” or olive oil specialist, at nearby Eataly. Coleman was in fact the first to use the term “oleologist” in English, lifting it from olive oil writer Luigi Caricato’s oleologo title that carries a similar meaning in Italian. He stresses that an oleologist (comparable to an oenologist for wine) differs from other oil experts in that his knowledge encompasses each minute element that contributes to flavor profile—from fruit growth to harvest to production. Aside from that of his close colleague Paul Vossen (who identifies as an olive agronomist), Coleman’s job title and description remain uncommon, even in other countries. 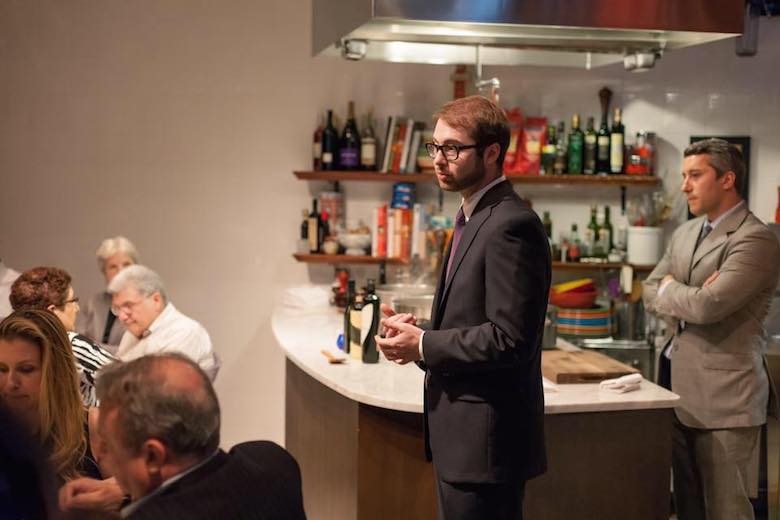 Coleman was the first to use the term “oleologist” in English, lifting it from olive oil writer Luigi Caricato’s oleologo title that carries a similar meaning in Italian. Photo credit: Facebook/Grove and Vine.

Coleman left Eataly to focus on Grove and Vine, an olive oil subscription service that he launched in 2012 with Eataly’s wine director Dan Amatuzzi. They started first by hosting seminars, beginning their membership program three years later in 2015. The duo actually met roughly 30 years ago in kindergarten in Allendale, New Jersey, and today they distribute curated monocultivar and custom-blend oils within months of the harvest, with Coleman traveling from South Africa to Portugal in pursuit of these oils.

Coleman also works as a professor at the International Culinary Center’s olive oil sommelier program in both New York City and the Bay Area. The oleologist was not always the expert,though. He remembers olive oil as “that thing that came out before the real food,” describing his edible past as “microwaveable and industrial.”

After graduating from Berklee School of Music in 2006, Coleman discovered his olive oil passion accidentally, during a stop in Arezzo, Italy. He found accommodation at master producer Nadia Gasperini Rossi’s villa, and his timing coincided with the olive harvest. Assisting Rossi with the task, the accidental pupil fell in love and he now returns for every harvest.

Coleman says he was among Eataly’s first customers. At the time, Coleman was employed at Oliviers & Co.’s Grand Central Station location. The oil, vinegar and condiment retailer originated in France and has outposts in 18 countries worldwide where they sell painstakingly curated oils from around the world. As such, they were the best option for Coleman to continue expanding his palate after returning from Arezzo. 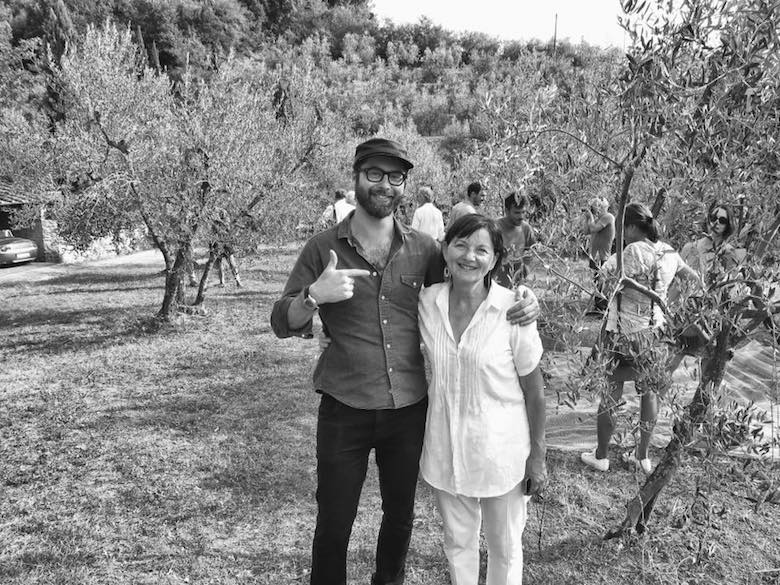 In a cinematic moment, Coleman found Mario Batali alone among Eataly’s oils one day and appearing overwhelmed by the comprehensive selection. “Customers gawk,” says Coleman, and walk away empty-handed. Coleman expressed his mission to make quality olive oil accessible and was hired on the spot.

That most could not define “oleologist” is a testament to Coleman’s innovation (if not a little pride). Gaetano Arnone, a head sous at Batali’s Babbo, says, “I’m really envious. He created a new profession just for himself.” Unlike others in his industry, who simply taste and curate, Coleman travels the world and works closely with producers.

Olive oil goes for $15 at Babbo and even diners engaged in a decadent meal hesitate to spend any amount on oil. “There’s the mentality that it’s free because restaurants give it away [as a side with bread],” said Coleman. ”Because good oil is expensive, chefs aren’t talking about it. And customers aren’t sending back dishes because of oil.”

Arnone added that a cook can transform a dish when considering that olive oil from Sicily is peppery and pairs with the region’s seafood, and that Tuscan oil’s grassy profile complements its beef. He mused, “It’s almost like olive oil has gone through its own evolution, creating itself for those areas in which the people are eating that food.”

According to Arnone, a server must convey to the diner why the oil is a unique, labor-intensive product, and Coleman provides that justification. He informs chefs in the Batali group of harvest dates, producer reputations, cultivars and the flavors that accompany these details. Arnone says that provenance “doesn’t come on the bottle. You get that from Nick.”

Curtis Cord, founder of The Olive Oil Times, director of The New York International Olive Oil Competition and the International Culinary Center’s oil sommelier program (which teaches students how to properly taste oil), says, “Nick takes the time to know the backstory. He spends time with producers and pursues a deeper understanding of the factors that influence sensory profile. It’s that inquisitiveness and energy—to peer deeply into each sample—that distinguishes him.” 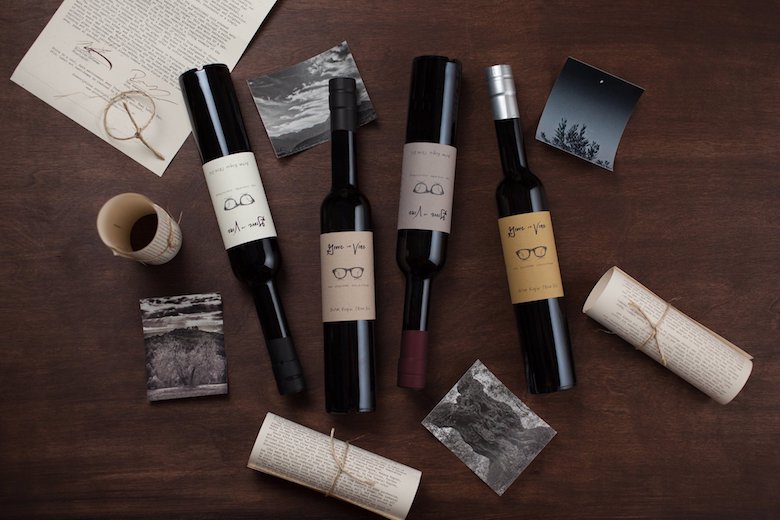 For Coleman, “olive oil is the perfect bridge between tradition and innovation.” Photo credit: Leslie Brienza.

Despite being the third largest consumer of oil in the world, the U.S. does not possess “an olive oil culture,” lamented Coleman, adding that, we are “the most logical dumping ground for unwanted oils.” As nonmembers of the International Olive Oil Council—an intergovernmental organization of producers and exporters that addresses industry fraud—quality enforcement is sparse. There is no U.S. regulation in place preventing industrial packaging companies from labeling an oil bottled in Italy as “Product of Italy” even if its contents come from all over the world. Meanwhile, the “extra-virgin” label, which denotes an oil without defects and a free oleic acid level less than 0.8%, is widely abused.

Coleman cited some markers that consumers can look for to avoid being duped. Harvest date is crucial, for example, and oils should be consumed within a year. Next is cultivar, or plant variety, like a wine’s varietal. He believes that unthoughtful blends are “like dipping a paintbrush into all the colors.” Regionality plays a role, too. One must also seek out darker bottles as light degrades their contents.

Once amateur and professional cooks acknowledge olive oil’s power, Coleman promises that their job in the kitchen will be easier. “Olive oil exposes and brightens ingredients,” he said. “It’s a flavor transporter. It gives an unctuous, velvety quality.”

As we said goodbye in the park, Coleman assured me that olive oil has non-culinary abilities, too. He noticed that my glasses have a white film on them from years of use and handed me olive oil while instructing me to rub it on my frames. The film I had tried to wash away for months did disappear—a small, if not mundane example of how olive oil and its master are bridging tradition and innovation.