What to Eat at Yankee Stadium This Baseball Season

Take me out for a bao bun. 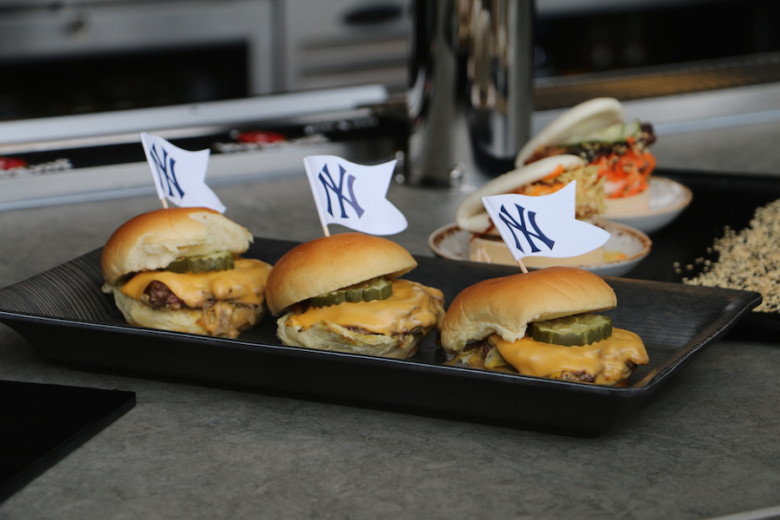 Yankee sliders, with mustard seared into the patty.

One of our favorite things about the beginning of spring is the return of baseball. There’s are few things we love more than watching the Bronx Bombers win at Yankee Stadium, except maybe for watching them win while eating delicious fare. This season the senior executive chef Matt Gibson is upping the food game at Yankee Stadium. Our sister publication Edible Bronx recently got a peek at the new offerings, which they share below. Tells us in the comments what you’re looking forward to eating this spring and for more Bronx eats follow Edible Bronx on Instagram.

There’s an agility factor to ballpark food. Very few restaurants offer a speeding foul ball or errant shot on goal with the meal. At Yankee Stadium, home to iconic baseball team the Yankees and Major League Soccer’s New York City Football Club, such surprise floor-show items are prix fixe. A steaming bowl of phở could be a messy affair, so adding new flavors and unexpected flare to the menu meant factoring in the same mobility that made peanuts and hotdogs bleacher-seat staples. 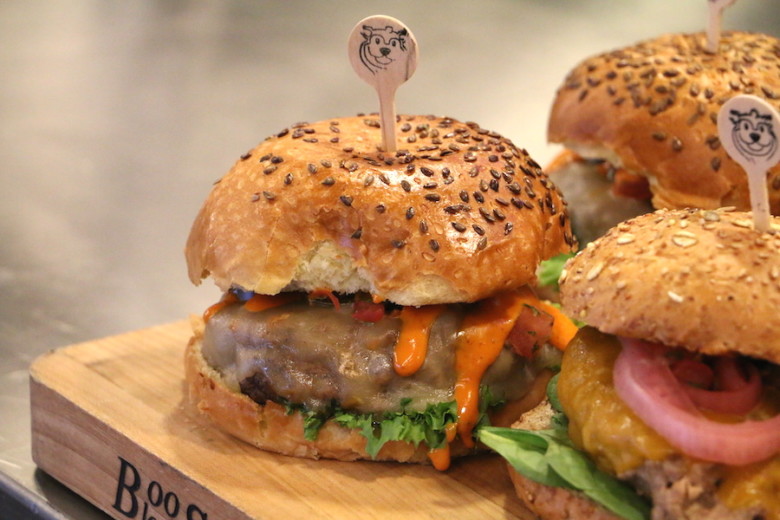 Chef Gibson said the bao idea wasn’t in anticipation of an increasingly sophisticated or international ticket holder. “Nothing is traditional about it. It’s just kind of our fun way of how we can incorporate stadium fare into a nice hand-held like that.”

Stadium planners removed several tiers of seating to create the party deck and two other terraces overlooking the field where people can socialize around full bars with spirits, beer, wine, and food. It seems very likely stadium guests will flock around the Yankee Dinger, a custom-ground and hand-smashed mini-burger with shaved white onion and French’s yellow mustard on a steamed potato bun. While not revolutionary, it’s very nice as sliders go. 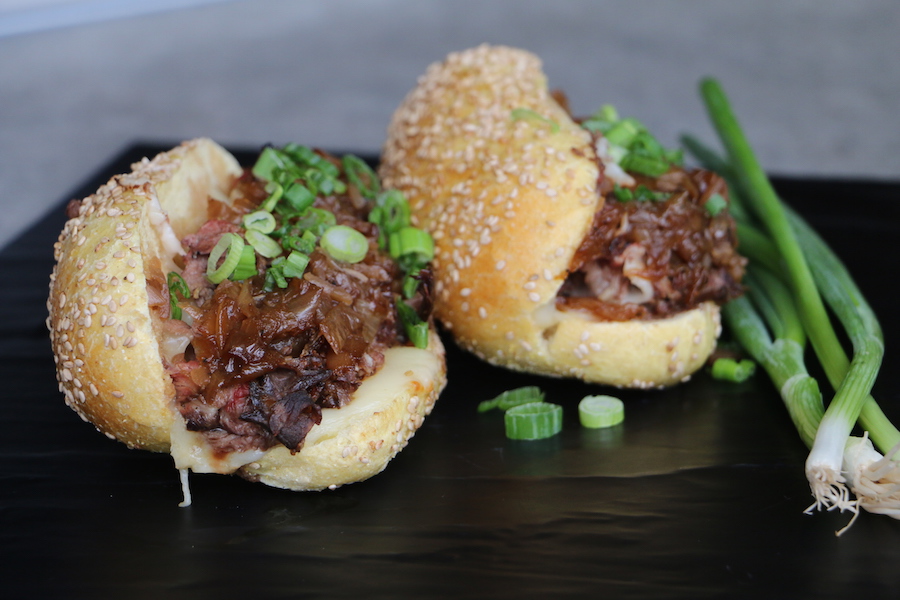 “We feel like the slider bubble popped a while ago, so we wanted to see what was the best we could possibly do with that,” Gibson said. “We actually grill French’s yellow mustard into it. No one really knows, unless you really like mustard.”

The caramelized onion French dip sandwich is an interesting take on a sit-down snack in a stand-up surrounding. The envelope-sliced semolina roll is fresh yet crusty and serves as a nice conveyance mechanism for the gooey middle. Nearby, a cheese maker will be pulling fresh mozzarella by hand for use in the Mutz sandwich with mixed vegetables.

For something a little spicier, chicken wings at Mighty Quinn’s have a great chili-lime burn (and the cilantro is sprinkled on top rather than in the sauce, so it’s easily picked off!). The Frank’s RedHot Chicken Diablo Sandwich really needs no further description. The same counter serves a one-pound beef rib, a generous brisket sandwich, a slow-smoked pulled pork sandwich, and fries topped with chopped burnt beef ends and a chili-lime sauce. Next door, Bareburger has four burgers, including the vegan Guadalupe featuring a black bean burger, pickled red onions, spinach, guacamole and spicy pico de gallo on a sprouted bun. 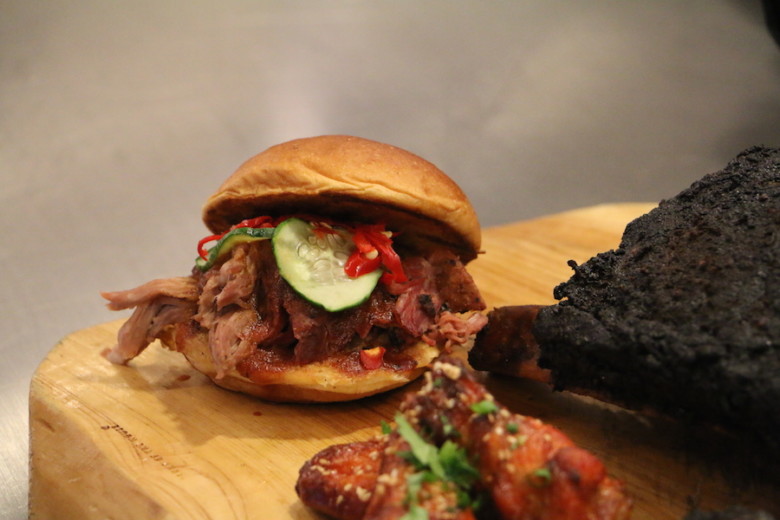 There are more vegetarian, vegan and gluten-free options too, mostly in the form of hand fruit and fruit salads. This area is decorated with fresh onions, carrots, tomatoes, and—breaking all ballpark expectations—piles of kale and Buddha hands.

“We asked our fans, we asked our ticket holders, what can we do to make their experience better,” Margolis said. “The answer, again and again, was: more. They wanted more.”

The season is young, so it’s not yet clear how fans will react to the new food offerings. But Chef Gibson said if something isn’t a hit, the Yankee Stadium team will be quick to change the lineup.