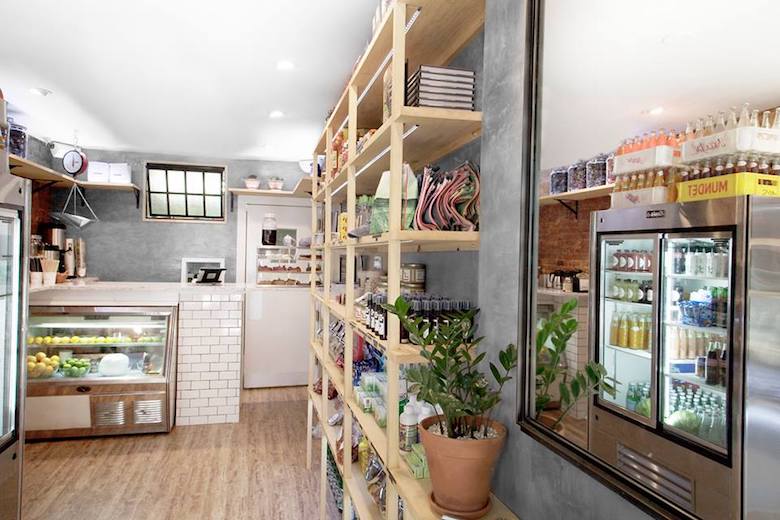 At 1:00 p.m. on a recent Saturday, Miscelánea’s small 400-square-foot space is packed with hungry patrons in line to place their torta order. Photo credit: Facebook/Miscelánea NY

When you walk down East Fourth Street, it is easy to pass by Miscelánea, but that would be a mistake. This unassuming Mexican general store is home to one of the tastiest tortas in the city, plus it’s stocked with south-of-the-border goods such as chile chocolates, salsa verdes and tortilla presses.

Guillaume Guevara opened Miscelánea last year after realizing that he and all of his friends had to schlep across the city and its outer boroughs to track down their favorite Mexican groceries. Instead of opening a restaurant or bar and competing with famed Mexican chefs such as Enrique Olvera of Cosme, Guevara decided to go a completely different and unique route.

Equal parts grocery store, gift shop, café, online store and clothing retailer, Miscelánea has a little bit of everything. Guevara works to source a mix of highbrow and quotidian Mexican items. In the refrigerators, customers will find Mexican sodas alongside aguas frescas made in-house with fresh-pressed juice. On the shelves, Valentina hot sauce share shelf space with a $32 clay facial mask from Tulum.

“I want to have [a variety of products] to prove that we are in fact a real Mexican store,” Guevara says. “And it is important to have some unique products that only we carry. It can’t just be Mexican Coke.”

But it is the tortas and iced coffee blended with horchata (a rice-based, cinnamon-infused milk) sold in the back of the shop that have customers coming back again and again. In order to truly mimic the New York bodega, grab-a-bacon-egg-and-cheese-on-the-go concept, Guevara sells tortas: Mexican sandwiches served on a crusty roll, alongside the hodgepodge of hard goods such as a “Make America Mexico Again” baseball cap, avocado soap and clay bowls handmade in Mexico.

To Guevara’s surprise, the tortas became a hit with the East Village neighborhood. Neighborhood actors, stagehands and NYU students regularly swing by in the morning for their caffeine fix and then later in the afternoon to grab a torta served with nixtamal tortilla chips and spicy pickled vegetables for lunch.

At 1:00 p.m. on a recent Saturday, Miscelánea’s small 400-square-foot space is packed with hungry patrons in line to place their torta order. The popular carnitas torta comes packed with tender pulled pork, avocado, refried beans, green salsa, red onion and cilantro. One bite and it’s no surprise that Guevara is selling more than three of these a day. And with a price point that never reaches more than $10, Miscelánea’s tortas are just a few dollars more than a deli sandwich found in any New York bodega.

“You can literally come to Miscelánea with two dollars, and I’m not exaggerating, with two dollars and you can get two or three things,” Guevara says. “A lot of people think I should charge more and be fancier, but I think that would take away from my concept.”