The crackers, spiced nuts and cookies in the Aida line are all inspired by the food they create in the bar’s almost nonexistent kitchen. 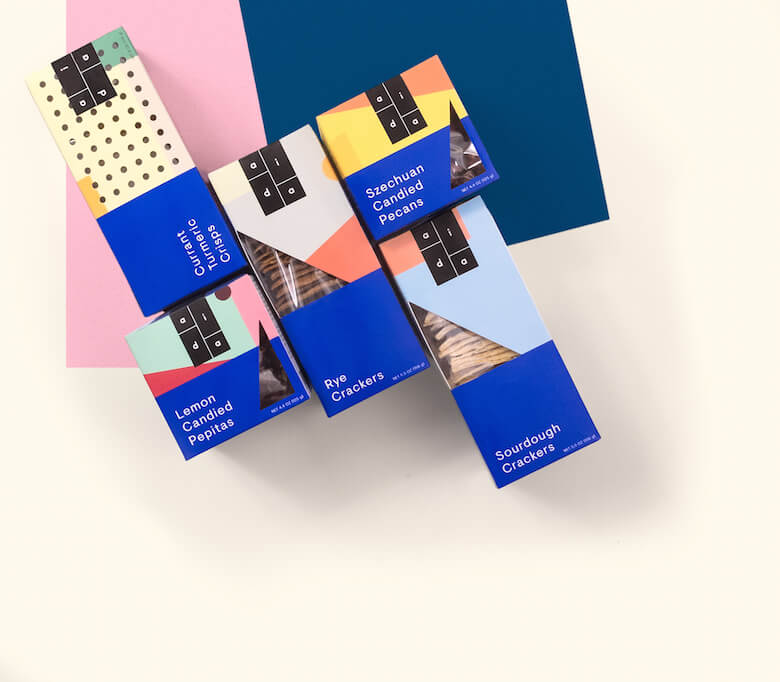 A good snack is hard to find. Few people are happy to bring potato chips into their house; a tub of hummus feels like a personal failure when you know how easy it is to make your own; and we all know that sugar-packed granola doesn’t provide the wholesome burst of mid-afternoon energy we so desperately wish it did. A solution to subpar snacking has emerged from an unlikely source: the Lower East Side all-tap wine bar Lois (from their neighborhood’s Spanglish name, Loisaida), run by longtime friends Nora O’Malley and Phoebe Connell.

There are only five items in the Aida line, which launched in April with eye-catching packaging. My favorites are the Currant Crisps, thin shortbreads with a hint of spice, and Sourdough Crackers, which have a massively tangy bent perfect for spreading with hummus (homemade or otherwise) or cheeses. There are also the Rye Crackers, where the flavor is deepened by a bit of cocoa; addictive Lemon Candied Pepitas; and the Szechuan Candied Pecans, which will numb your tongue in that most excellent peppery way. 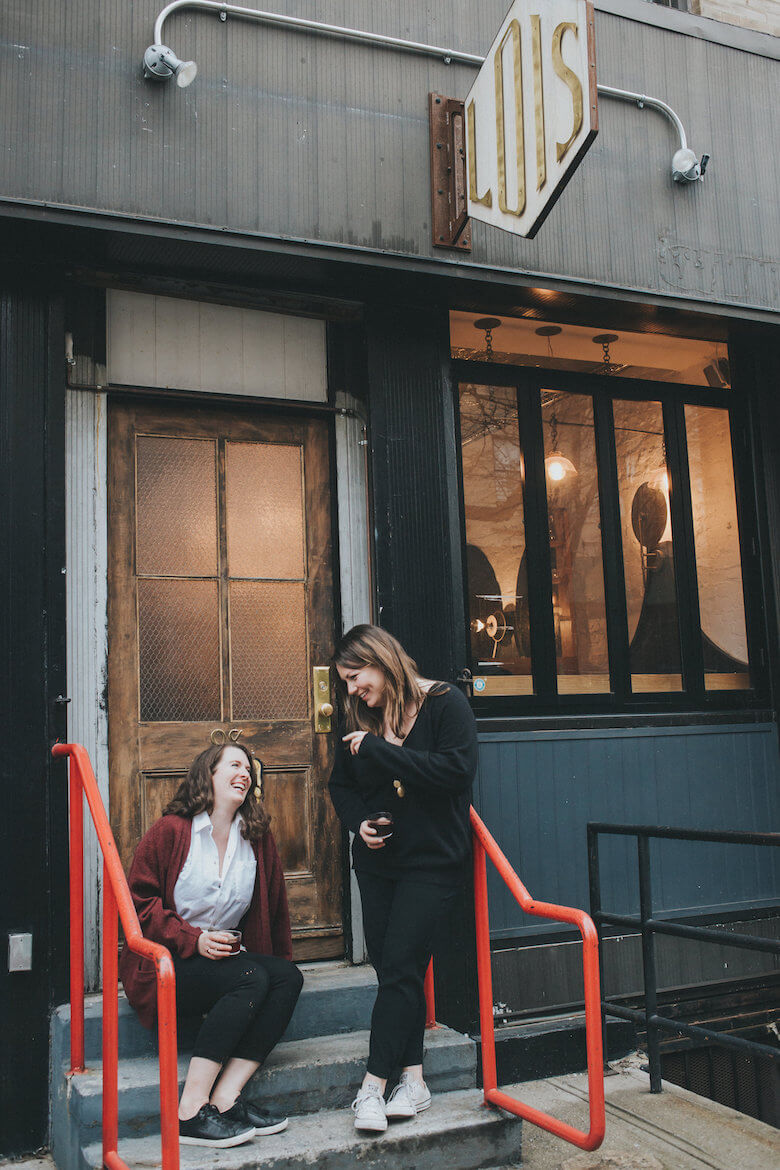 The two friends run their unpretentious, all-tap wine bar together.

When they opened Lois, their inspiration to go for all-tap was to serve “wine without all the white noise,” O’Malley says. “It was far more approachable, people could taste things right on the spot,” she says. “And that’s also what really appealed to me when we talked about how to do food, that same ethos: making something approachable but still really high quality.”

“We really just put stuff on the menu that we want to eat,” Connell says, including the sourdough flatbread that has become a cracker—all made from the same starter that has been split between Manhattan and Brooklyn.

O’Malley and Connell were inspired to create the line by the wine bar customers who begged to trade for or buy whatever noshes they could spare, all developed in the tiny wine bar’s kitchen. Now they’ve moved into a proper commercial space at Foodworks Brooklyn in order to sell their wares both online and in stores like Bedford Cheese Shop, BKLYN Larder, Stinky BKLYN, Alphabet City Beer Company, Malt & Mold and even Eataly. The focus on cheese and beer shops makes a lot of sense, as their big flavors complement the funky and robust. Sounds like the makings of a great snack.