Koshary is a centuries-old street food found in home kitchens, restaurants and at food carts throughout Egypt. 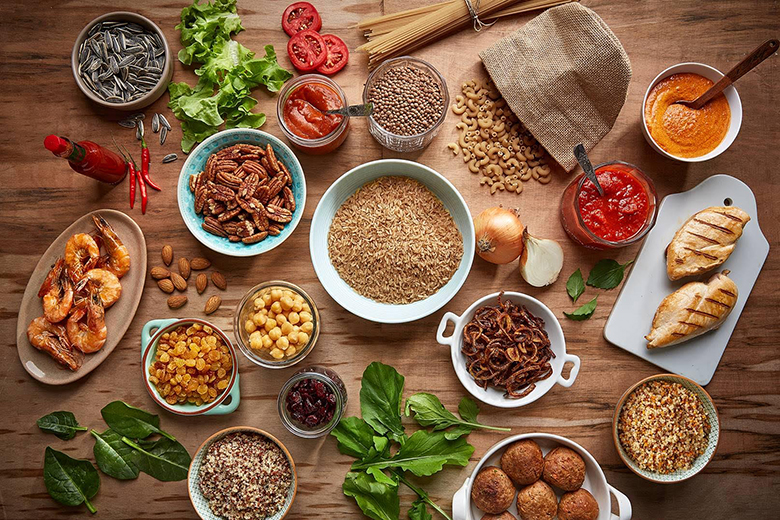 On MacDougal Street in Greenwich Village is a little taste of Egypt. Inside the fast-casual spot Khusharista, the staff dishes up koshary (also spelled kushari or koshari), a hearty dish of rice, whole-grain pasta, lentils, chickpeas, tomato sauce, daqa (a dressing of lemon, vinegar, cumin and other spices and chilies) and fried onions. It’s a centuries-old street food found in home kitchens, restaurants and at food carts throughout Egypt.

“It looks a little strange to some people to have a dish of rice, lentils and pasta, but it’s very filling,” says owner Mohamed Momen.

As with many old dishes, the exact origins of koshary are up for debate, but according to Momen the story of the meal begins in India, with a rice, lentil and gravy dish called “kishri.” British colonialists brought the dish back to the United Kingdom and then on to Cairo where Italian expats added elbow pasta and tomato sauce into the mix. Eventually Egyptians topped the dish with crispy caramelized onions and daqa. 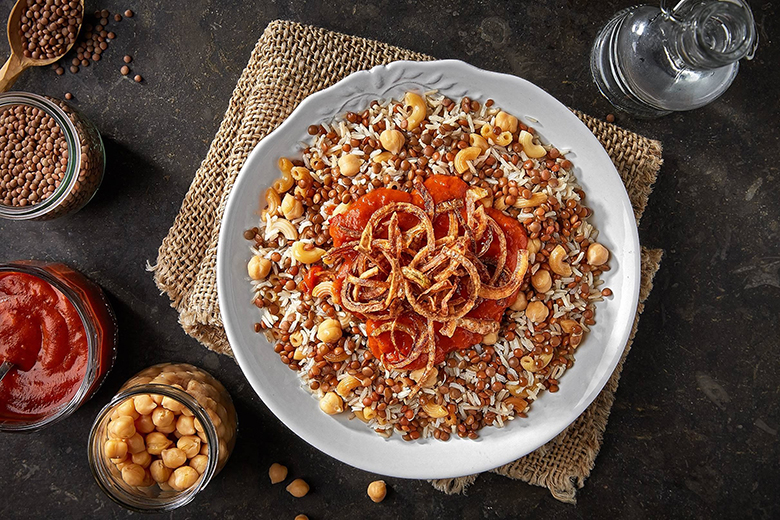 The exact origins of koshary are up for debate, but the story of the meal begins in India and travels to England before making its way to Egypt, where it’s further enhanced with Italian and Egyptian flourishes.

“You can find it in every corner of Egypt, it’s very inexpensive,” says Momem, who opened up the Greenwich Village business in 2017.

At Khusharista there are six koshary options including the original, but Momen also created additional variations to see what would appeal to the American audience.

“The original and the ‘Spicy Fiesta’ are the most popular,” Momen says. 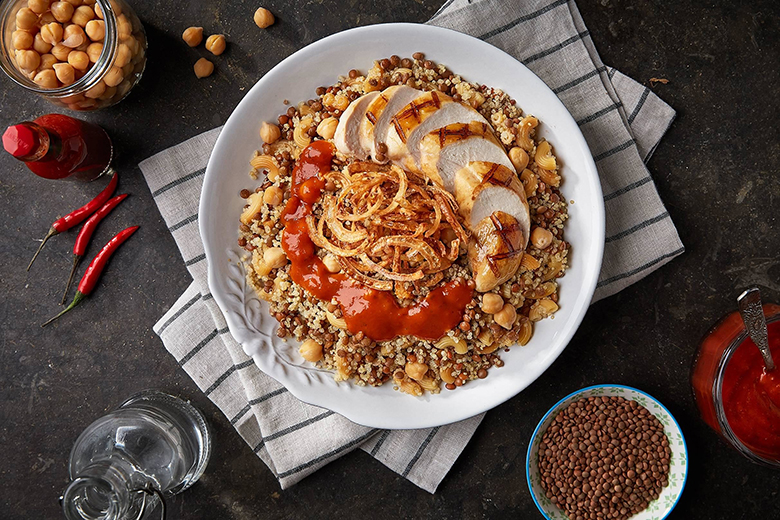 In Egypt, koshary is almost always vegan, but at Kusharista you’ll find meat-options, different types of grains, and toppings, including cranberries, almonds and various leafy greens.

The Spicy Fiesta packs a flavorful punch. Instead of rice, the base is composed of quinoa and lentils. Then comes the pasta and chickpeas, but instead of tomato sauce there is a housemade “Hot Mexican” sauce and the dish is finished with grilled chicken and fried onions.

In Egypt, koshary is almost always vegan, but at Kusharista you’ll find meat-options, including chicken, meatballs and shrimp. In addition Kusharista has played with different types of grains, such as couscous, and toppings, including cranberries, almonds and various leafy greens.

One of the beauties of koshary is how versatile it is once you have the main ingredients down. It’s the type of dish you could make when you need to use up a red pepper or another type of produce before it goes bad by adding in whatever is in your fridge or cupboard. Momen says they’ve been experimenting with new sauces, including a spicy red curry sauce, and hope to introduce those to the menu coming soon.

If you’re feeling particularly adventurous you can even create your own koshary at Kusharista choosing from the available ingredients or make your own at home using this recipe from our friends at Food52.