Jimmy and the Bean Trough: 6th Annual Cassoulet Cookoff at Jimmy’s No. 43

Jimmy’s No. 43 recently hosted the 6th Annual Cassoulet Cook-off. Several Edible writers were in the house to help choose the winning entry.

Last weekend, I escaped the spirit-numbing NYC cold and headed south to Florida. But it’s kinda funny how things can stick to your mind and ribs: While there, I found myself thinking not about umbrella drinks with rum floaters or the delightful promise of a spoonful of sand in my shoes — but instead, a recent frigid Sunday afternoon spent with historic cuisine at a classic Manhattan watering hole. I was out to dinner last Saturday night and ordered some local Gulf grouper. The waiter furrowed his brow and said with a cautious whisper: “I just want you to know this is served on a kind of stew with beans and duck.” Cassoulet in Key West? Hells yeah! And it was pretty great, and got me to thinking about Jimmy’s No. 43’s Cassloulet Cook-Off.

Jimmy Carbone asked me back for my second round of judging at his now sixth annual stewy Gallic throw-down — a proposition that’s all but impossible to say no to, even if Jimmy wasn’t already a totally persuasive guy with his boundless pomp of positiveness. So me and my judging compatriots — Edible’s own Lauren Wilson and Nancy Matsumoto among the gavel throwers — who had to taste and taste and taste until, finally, it became Pyrex-dish clear who was the fairest in the land of beans and confit. A hard job, but someone had to do it. 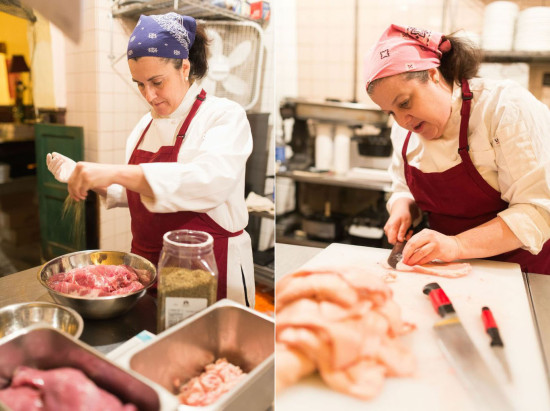 I think what I love most about this event, aside from the fact that Carbone donates the ticket sales to GrowNYC Greenmarket programs, is — not to sound like a total bleeding-heart nerd — but the crazy passion that goes into the dishes. People take days to cook this stuff (okay, with the exception of Mighty Quinn Barbecue’s entry of Burnt Ends and Baked Beans — but I’m totally craving those damned sticky, saucy, porky baked beans now, damn them, so they get an A for delicious effort).

There were navy beans, smoked pork bellies, duck confit lorded over for weeks, sausages and herbs a plenty, and crispy bits of bread crumbs and croutons sprinkled a top for that satisfying crunch before you plunge deep into the thick, stewy goodness that is Languedoc’s signature dish (or, if it’s not officially, oughta be). 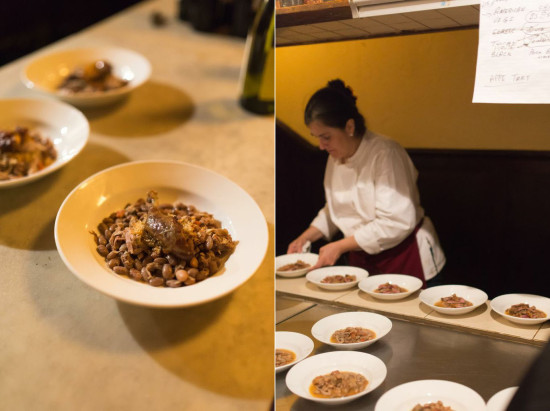 And the day even inspired a cool, out-of-nowhere New Yorker article that pleasantly surprised everyone involved — not the least of which being the talented and thoroughly cheerful chef Annette Tomei, a friend of Carbone’s who kicked in at least three (maybe there were four?!) different cassoulet contributions for ticket buyers to simply scarf when a couple of contestants dropped out at the last minute. One my favorites that she made was actually vegetarian. I know it sounds thoroughly ridiculous that a dish based on duck, duck, and more duck might do without it, but you’ve just got to believe me — it was great.

Our winners were tough to pick, but in order: Nourish Kitchen & Table nabbed third, caterer Patricia Clark, who also entered last year’s cook-off and was ready for a come-back, was second. In the end, an actual Frenchman by way of Washington, D.C. — Gilbert Clerget — took home the big accolades, and a couple of cool knives donated by Wustoff. His classic version grabbed all of us by our insatiable Francophile hearts. But you know, when a pile of cassoulet is the order of the day, everybody wins.