Where to Eat in Columbus, Ohio

A native returns to his hometown to find an unexpected eating experience. 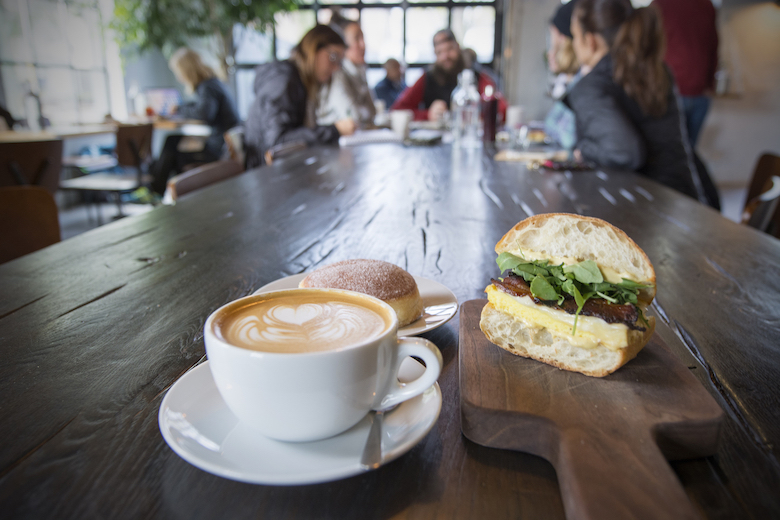 Editor’s note: For even more of what to eat, drink and do in town, be sure to check out or sister publication Edible Columbus.

Other than Cincinnati’s famous chili (hello, Skyline Chili), Ohio isn’t particularly known for its culinary innovations. When I was growing up in Columbus in the ’80s, the state’s capital food legacy amounted to being the birthplace of White Castle and Wendy’s. (Side note: If Columbus is the hometown to two famous chains, how is there not a fast food museum here?) But every time I return to my old stomping grounds, I notice new restaurants that are beginning to rival eateries you’d find in other major cities. Columbus, Ohio, is fast becoming a city for food lovers.

A little background on Columbus: Home to The Ohio State University (which is one of the biggest college campuses in America), Columbus is the largest city in Ohio. I’d say the combination of OSU and the fact that so many major companies (Nationwide, Victoria’s Secret) have headquarters in Columbus is a reason why the city has a young, vibrant vibe. Recent grads and burnt-out young professionals are staying in Columbus to open up the kind of cool places you used to only find on the coasts.

And it’s easier to stand out here. Cara Mangini, who sells prepared vegetarian dishes out of her Little Eater booth in the North Market food hall, says that’s one of the reasons she was drawn to Columbus. She’s planning to open a stand-alone restaurant (also called Little Eater) in the city in 2017. “A place like this would be a dime a dozen in my old neighborhood in Brooklyn,” she says. “But here, it feels a little more special.”

I recently returned to Columbus for a culinary tour with Experience Columbus, and if these places existed when I used to live there, I’m not sure I would have ever left.

Fox in the Snow
1031 North 4th Street
Lauren Culley and Jeff Excell, the owners of this busy coffee shop and bakery (located slightly off the beaten path, a few blocks away from the bustling Short North neighborhood), met while working at Blue Bottle in Williamsburg, and the influence is evident. There’s pristine pour-over coffee, and the setup—stark white walls, a combinable table anchoring the space—is reminiscent of their former employer. All the pastries here are pretty incredible, but the custard-filled, pillowy doughnuts especially stand out. It’s no surprise they’re planning to open a second location in the city next year.

Skillet
410 East Whittier Street
Friends who still live in Columbus are always raving about this tiny brunch spot in the charming (think brick-paved roads) German Village neighborhood. Because the small space only has room for a handful of tables, the wait to get in is long—but worth it. The ever-changing menu features a heavy focus on products from Ohio farms and perfectly flaky biscuits and gravy, insanely decadent cinnamon rolls (made with bourbon buttermilk caramel) and crispy breakfast potatoes served with fried, gooey cheese curds. There really are no misses here. 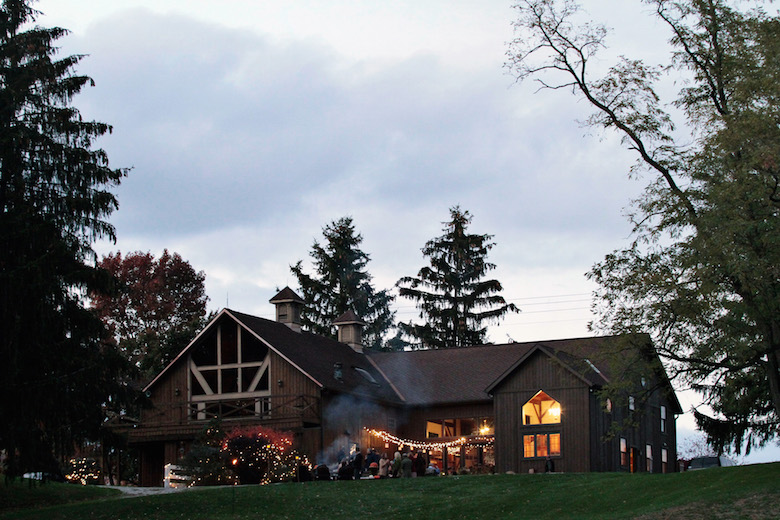 Rockmill Tavern
503 South Front Street
One of the newest entries on the Columbus food scene far exceeds expectations. When a brewery opens a tavern, you expect the focus to be on beer—especially when it’s located in a neighborhood called the Brewery District. But the folks behind this restaurant (Rockmill actually brews its Belgian-style beers about 20 miles south of the city) pay attention to every detail. The decor features an impressive live plant wall installed by the owners of nearby plant shop Stump Plants. But the real star here is the spicy chicken sandwich. It sounds basic, but the crispy chicken is well-cooked and paired with house-brined bread-and-butter pickles, urfa mayo and a spicy honey butter that literally melts in your mouth. I can’t stop thinking about that sandwich.

Jeni’s Splendid Ice Creams
714 North High Street
Perhaps the most famous export to come out of Columbus recently is the addictive ice cream line created by Jeni Bauer. The pints (with seasonal, eclectic flavors such as pistachio and honey, Thai curry pumpkin, goat cheese with red cherries and the classic salted caramel) are available in some New York City shops, but nothing beats a freshly scooped cone of this treat. When Jeni had a pop-up shop inside Gotham West Market a couple of years ago, I spent most of that summer visiting the Hell’s Kitchen food hall to get my ice cream fix. And since the popular brand boasts quite a few locations around Columbus, I hit up a variety of outposts without looking like too much of a stalker. Yep, it’s that good.

Honorable Mentions:
Even though Columbus is still very much a meat-and-potatoes town at its heart, it’s making strides to appeal to those with other diets. Downtown’s Hadley Kitchen + Bar (260 South 4th Street) features a vegan dinner menu on Monday nights with a barbecue sandwich (made with pulled barbecue sweet potato), a tempeh ruben and vegan tacos among the offerings. The soon-to-open Flowers & Bread (3870 North High Street) is a flower shop and bakery featuring breads by Sarah Black, who recently relocated to Columbus after many years spent working in New York City bakeries like Tomcat Bakery and Amy’s Bread. And when it comes to a nightcap, Mouton (945 North High Street) is an excellent cocktail bar with vintage-inspired drinks and Midwest-friendly prices to match.