At Grand Central, the Noma co-founder and his team source locally, seasonally and sustainably in an enterprising fashion. 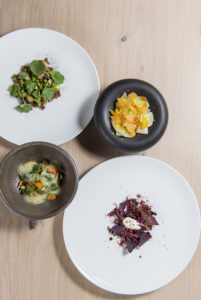 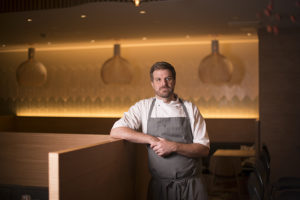 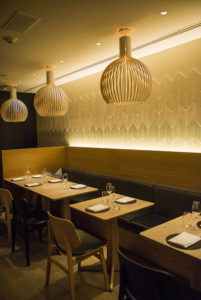 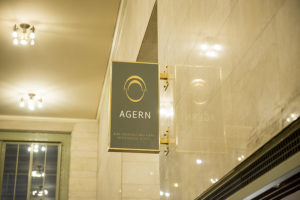 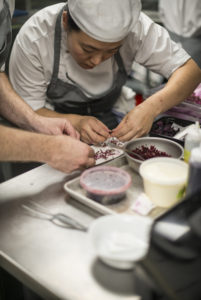 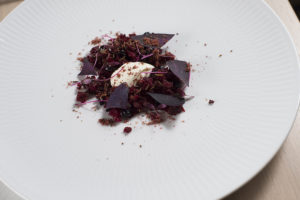 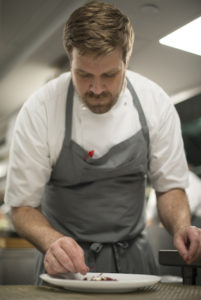 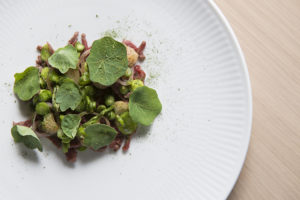 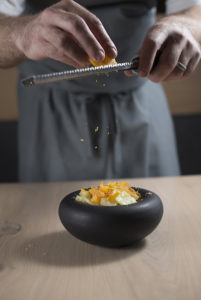 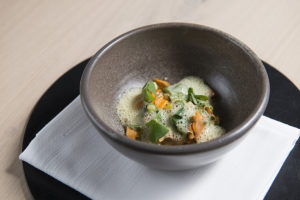 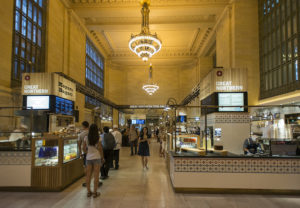 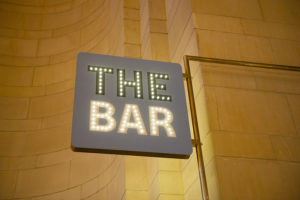 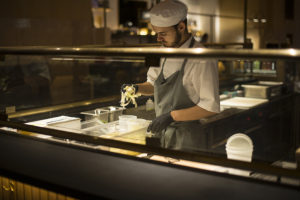 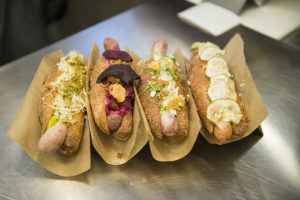 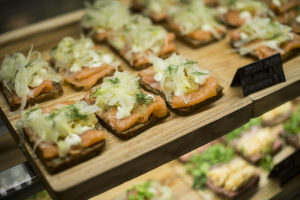 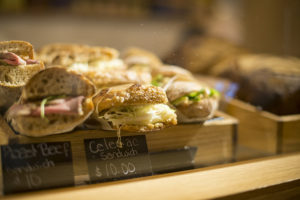 And that might sound like a strange warning if you recognize the kitchen game-changer from Copenhagen as the mastermind behind the New Nordic Food Manifesto, the 2004 statement pledging Scandinavian fealty to local, seasonal, sustainable ingredients. Meyer, who recently opened the aspiring-to-four-stars Agern and the huge Great Northern Food Hall in Grand Central Terminal, was one of the founders of the much-imitated restaurant Noma who became famous by promoting the food of a region the rest of the world never perceived as even having a cuisine. And he would seem to be the ideal food-role model to be ordering his large crew onto the 4, 5 and 6 trains to the wonderland so many chefs flock to at 14th Street.

Instead, Meyer and his team have chosen to source locally, seasonally and sustainably in a more enterprising fashion. Joseph Yardley, the chef de cuisine, has crafted connections to support farms and fisherpeople and foragers through a different network that brings the lamb’s-quarters and beef hearts and guinea hens to the table in necessarily greater volume. Instead of cooks schlepping cases on the train, he says, “We have a connection with family farms but with the ease of delivery of almost a Baldor production company.” 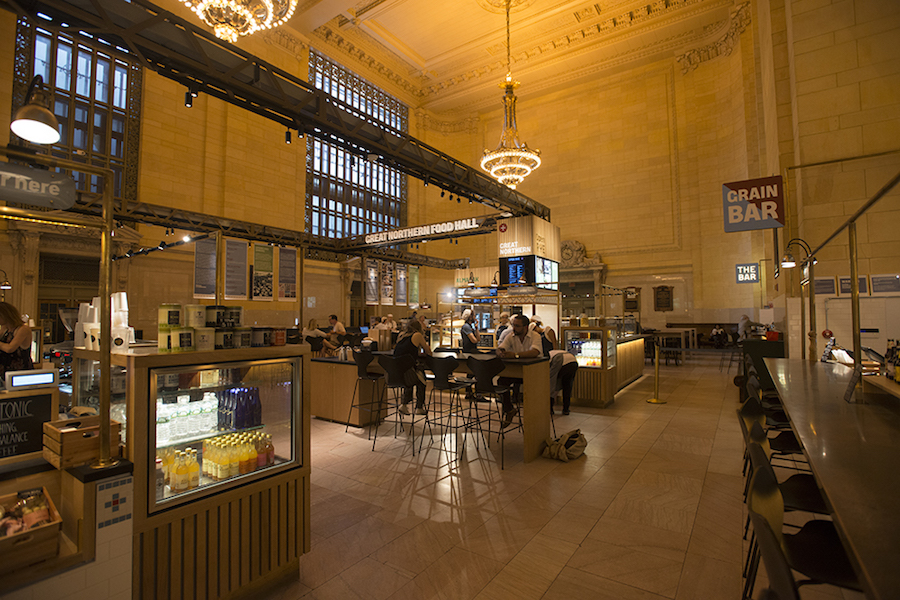 Claus Meyer, who recently opened the huge Great Northern Food Hall, was one of the founders of the much-imitated restaurant Noma who became famous by promoting the food of a region the rest of the world never perceived as even having a cuisine.

Yardley, who was at Acme before coming to work with Icelandic star chef Gunnar Gíslason, spent three months in Scandinavia developing ideas for the food hall and restaurant, then came back to make them work with the ingredients and the seasons here. Along with his sous chef, Kyle Baumgartner, he sources everything from milk and eggs to aged beef and stinging nettles via a mix of individual producers and well-connected distributors. And it takes a delicate balance, given that “at Agern it’s easy to put together a $120 menu,” but a lower price point is essential in the food hall, where a sublime, enough-for-two-meals pastrami sandwich with a slathering of mushroom mayonnaise and layer of shallot crisps goes for $12.

Meyer has much more up his chef’s-coat sleeve than just the splashy Grand Central food outlets, which also include a Danish Dogs stand and a deli. He has started Brownsville Roasters, a coffee processing plant in Brooklyn using beans from places Starbucks has apparently not heard of, and opened a bakery in Long Island City to supply both the restaurant and the food hall (doughs are mixed there but many are baked on 42nd Street). Down the line, he intends to open a cooking school in Brownsville as well as part of an effort to “green” an urban food desert. Planting apple trees in barren patches is also part of the plan.

“One of our underlying goals with Agern and Great Northern Food Hall is to strengthen the connection that those who cook have with those who supply our food,” Meyer said. 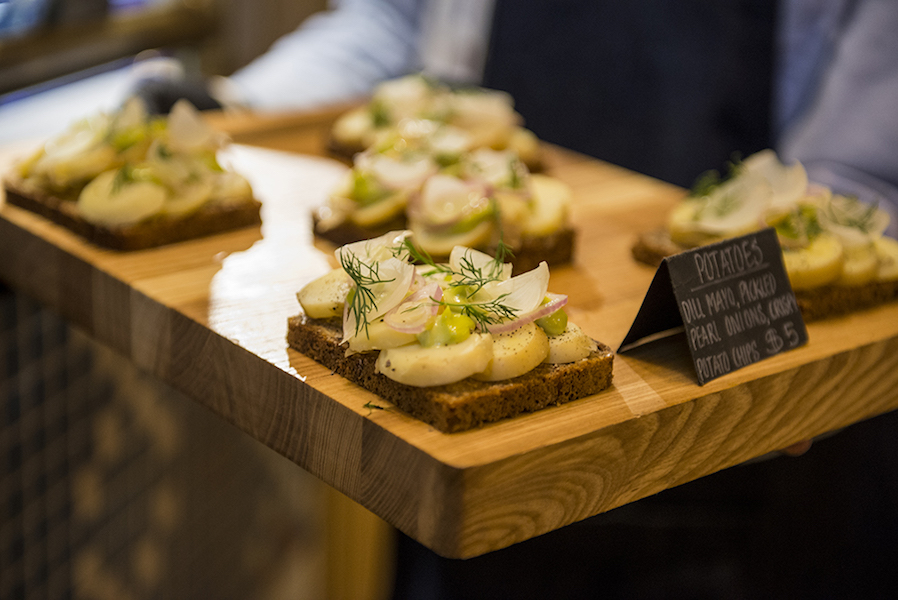 Meyer opened a bakery in Long Island City to supply both the restaurant and the food hall. Doughs are mixed there but many are baked on 42nd Street.

But as this story was written, Yardley had his hands full keeping the expansive walk-in stocked with fruits and vegetables from within a 300-mile radius. He and his bosses are less geographically rigid about seafood and meat, however, as long as the underlying goal of “be a keeper of the environment” is met.

“We work with the Lobster Place, we work with Pierless,” Yardley says. “For me the fact that it’s local is less important than that it’s sustainable. Small fish matter more—I would rather serve Spanish mackerel over Long Island bluefin tuna. Besides, a fisherman could be coming into port in Maine with a catch from Greenland. With meat it’s the same thing. We try to do local, but sustainable is more important.”

And that’s why guinea hen is on the Agern menu rather than chicken. “When we opened,” Yardley says, “we wanted to go against the Midtown restaurant formula of pan-roasted fish, chicken and green salad. That meant chicken breast. But chicken legs were on family meal wherever I’ve worked, and we ordered some, and Gunnar and I said: ‘Chicken’s kind of amazing.’ We wanted to do a chicken dish and thought of guinea hen.”

“For me the fact that it’s local is less important than that it’s sustainable,” says Yardley. “I would rather serve Spanish mackerel over Long Island bluefin tuna. Besides, a fisherman could be coming into port in Maine with a catch from Greenland. With meat it’s the same thing. We try to do local, but sustainable is more important.”

Most of those flavorful birds, however, come from too far afield, as in closer to Chez Panisse. Lucky Dog Organic, which does sell at the Union Square Greenmarket, connected them with what Yardley thinks is the only East Coast breeder, Mauer’s Mountain Farms in the Catskills.

For charcuterie and for grassfed beef, Meyer’s team is relying on Ends Meat in Sunset Park, Brooklyn, whose founder John Ratliff is renowned for his self-taught skills with whole animals. And of course Yardley is also a patron of D’Artagnan for pork.

It helps that meat is more of a Dan Barber–proportioned accompaniment, though. Beef heart, “something that would be tossed out or used in dog food,” instead is chopped into tartare and teamed with green garlic mayonnaise, fried shallots, raw asparagus and pickled green berries, so the effect is more produce than meat. Yardley is sourcing that offal from Piccinini Brothers, an old-style butcher still hanging on in Hell’s Kitchen.

Yardley is also making a splash, advertised on a banner in the food hall, by using the Northeast’s foremost forager, Tama Matsuoka Wong of Meadows and More in New Jersey, who supplies him with spruce, stinging nettles, pine, elderberries and kelp. He is also converting customers to foragers as they spot weeds that could become dinner, though. “Even in Brooklyn now, people see lamb’s-quarters and purslane growing in the sidewalks.” 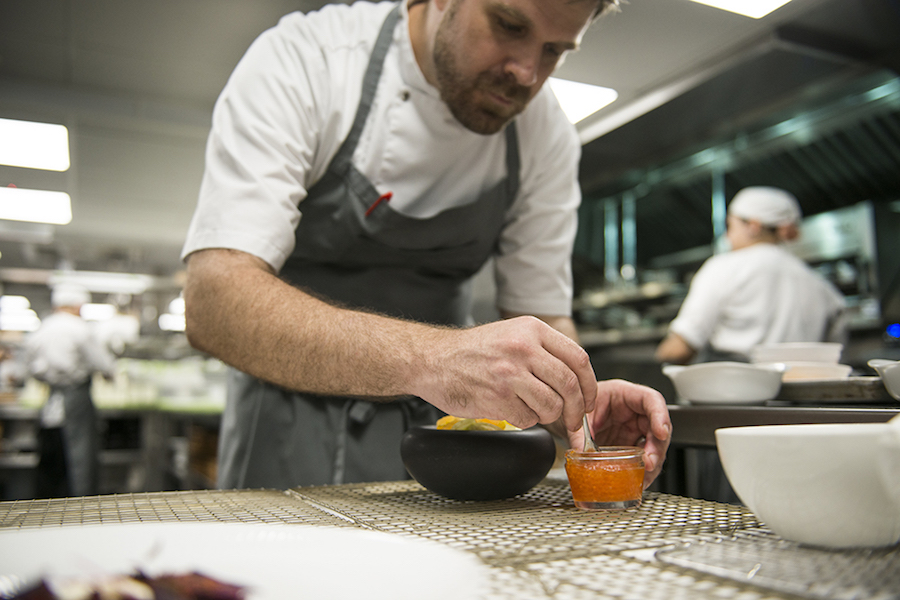 Joseph Yardley, Agern’s chef de cuisine, has crafted connections to support farms and fisherpeople and foragers through a network that brings the lamb’s-quarters and beef hearts to the table in necessarily greater volume.

Meyer has also introduced foraging tours with Wong to local beaches, forests and parks; diners will come back to Agern for a meal made by Yardley with their gleanings.

Meyer’s Empire State empire being grounded in Scandinavia, grains are hugely important. Yardley notes that the wheats in this country were introduced by Swedish immigrants and then degraded into Wonder Bread, but now he and his bosses have teamed up with Cornell and the University of Maine to work on growing heirloom rye and barley; this fall they will harvest the first crops.

Meyerworld is also setting a local standard for alternatives to citrus, which of course cannot be grown in the Northeast. Yardley says his kitchen is using vinegars, some brought over Viking-style from Denmark after his research there. It is also using pickled berries as an alternative to capers, horseradish (from Holy Schmitt’s on Long Island) for heat and the likes of watercress and nasturtium flowers for spiciness. Local sumac, it has also turned out, is useful if not exactly like what grows in the Middle East. 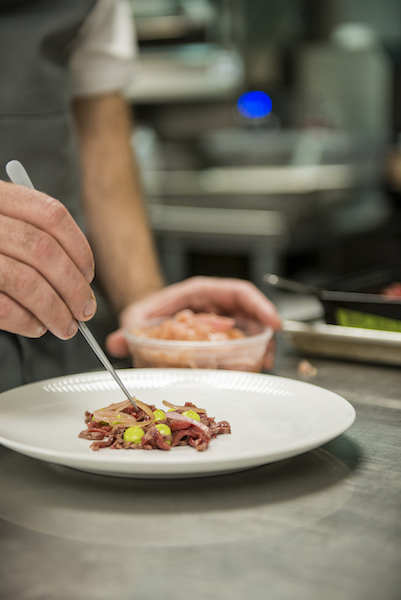 Yardley spent three months in Scandinavia developing ideas for the food hall and restaurant, then came back to make them work with the ingredients and the seasons here.

Among the other purveyors Yardley relies on are Sparrow Arc Farm, for horseradish leaves and beets, and Brooklyn Grange, for nasturtium leaves and edible flowers. Myers Produce, an aggregator, delivers everything from rhubarb from Pete’s Greens in Vermont to green garlic from Massachusetts.

The wine and liquor list, of course, is anything but Scandinavian. Sommelier Chad Walsh has largely chosen wines from Long Island and the Finger Lakes with European flavor profiles, and, thanks to milk supplier Rose Hubbert, connected with New York Distilling Company in Greene County, which makes vodkas from local grains and beets and more.

Tellingly, Yardley’s alternative to olive oil is sunflower oil from Full Sun in Middlebury, Vermont, sourced with GrowNYC as middleman. It’s all a different definition of local, just as close to home. Asked if all this would have been possible 10 years ago, he laughs and says: “Not even three years ago.” Thank the Union Square Greenmarket for that—even if it’s now a concept more than a destination.