At Outside the Shell, this Saturday’s all-you-can-eat-and-drink affair at Pier A Harbor House, we’re doing an oyster deep dive. 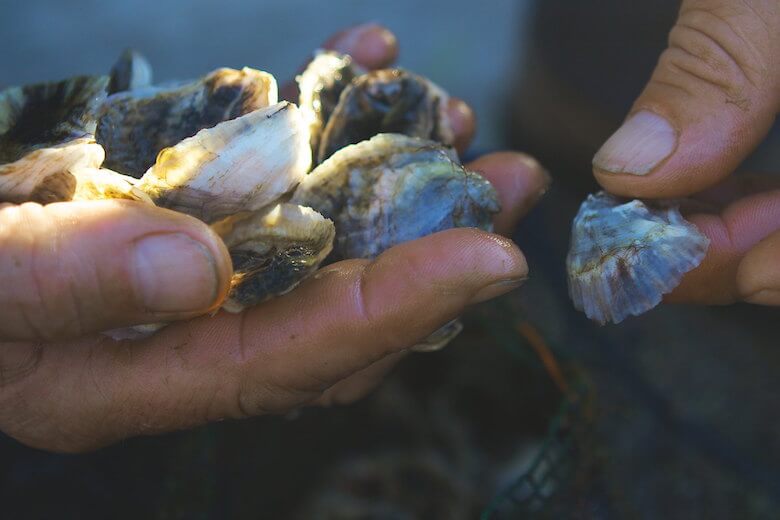 We’ve all been there: way late to the after work gathering, with just a few minutes to decide how many dollar oysters to order before happy hour ends. The too-familiar list of questions precede your decision: where are the oysters from? How fresh are they? Are they sustainable?What is the best time of the year to eat them?

At Outside the Shell, this Saturday’s all-you-can-eat-and-drink affair at Pier A Harbor House, we’re doing an oyster deep dive that will hopefully come to your rescue the next time you have to make life’s difficult mollusk-oriented choices.

Chris Quartuccio, owner of Blue Island Oysters, is excited to share the company’s new Naked Cowboy hot sauce, which was crafted specifically to enhance their oysters, at the event. “We’re really looking forward to the opportunity to talk with folks about the oyster renaissance currently taking place on Long Island.”

The word renaissance implies that we are not the first New Yorkers to indulge in the oysters who make themselves at home in the salty-fresh water of our islands’ harbors. Indeed, for hundreds (thousands?) of years, the Lenape ate them in enormous quantities, and European colonists and immigrants followed suit upon arrival.

However, after a combination of over-harvesting and industrial polluting led to a rapid decline in the region’s oyster ecosystem following the turn of the 20th century, many decades passed before local oyster cultivation saw a resurgence.

It makes sense then, that nowadays we’re just as concerned with the taste and texture of our oysters (and what libations pair best with them) as we are in their ecological impact. In addition to Blue Island, Outside the Shell will feature oysters from eight other local purveyors, who will be on-hand to discuss their cultivation processes, the impact of seasonality on availability and taste, and the challenges and triumphs of distribution and sustainability. The event will also feature about a dozen selected spirits brands offering oyster-friendly cocktails and beers.