A Grass-Fed Meat Subscription Delivers Cuts to Your Door 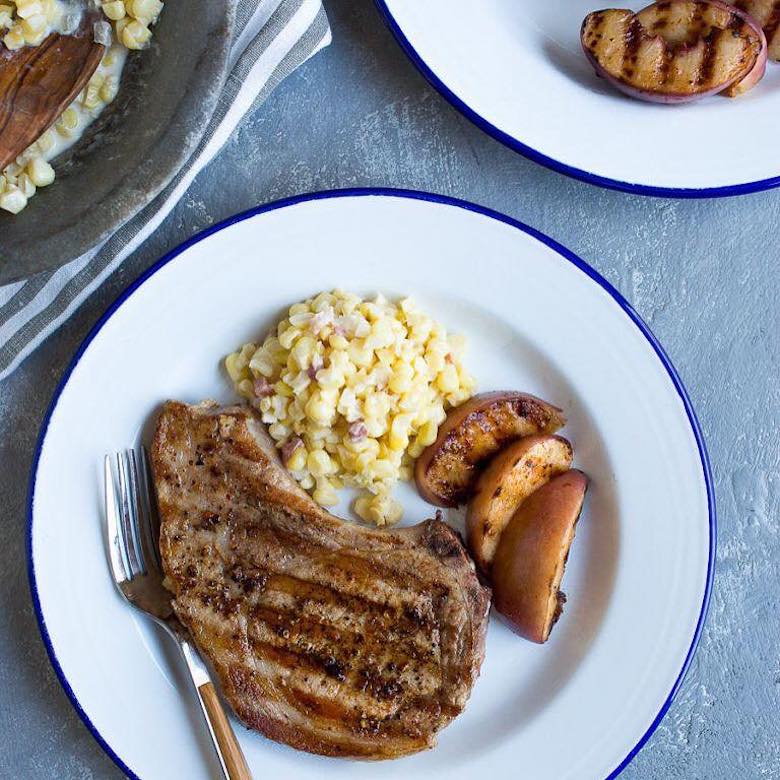 When Cambridge, MA-based Mike and Karlene Salguero were expecting their first child, they wanted to eat as healthy as possible like many soon-to-be parents. For the Salgueros that meant the not-so-easy task of eating only 100 percent grass-fed beef.

Mike ended up buying a whole cow from a farm in upstate New York, which he soon learned meant having way too much meat for two people. He organized an informal beef share, splitting up and selling the cuts of meat among the couple’s friends. Although their friends loved the beef, it was still too much meat. Everyone liked the idea of the share though and “[my friends] asked for an easier way” to keep it going, Salguero said.

All our amazing Kickstarter backers should be receiving your first box this week, if you haven't already! We want to see some photos of this delicious grass-fed beef. Post pictures and tag @butcher_box #butcherbox

That’s when he had the idea for Butcher Box. Launched in 2015 as a way to bring 100 percent grass-fed beef directly to people’s doors, the delivery subscription service lets customers sign up for a box of meat (all beef; beef and pork; beef and chicken; beef, pork and chicken; or chicken and pork) that’s delivered monthly to anywhere in the continental U.S. The curated cuts of meat in each box change month-to-month and customers can change the box type, delivery frequency or customize the box with different add-ons such as bacon, turkey or ground beef burgers and more. While not cheap at $129, each box contains enough meat for roughly 20 meals. 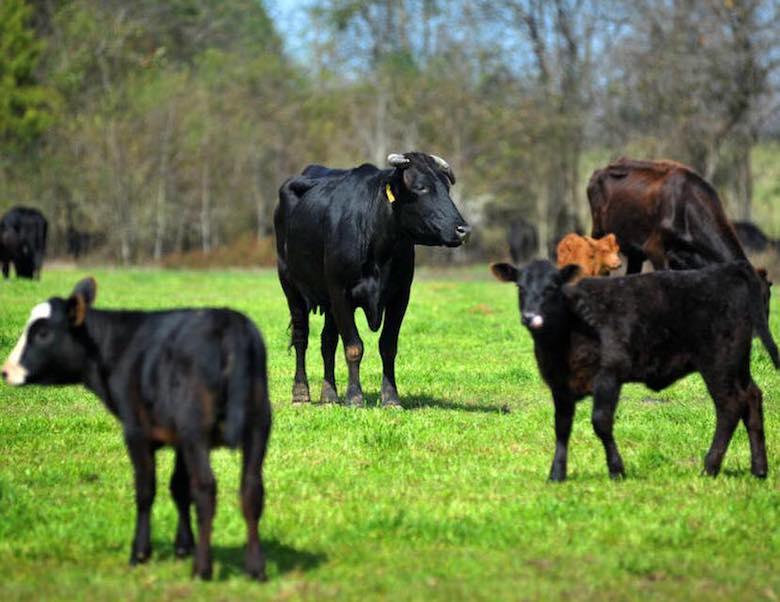 Butcher Box visits all of the farms and farm collectives they source the meat. Photo courtesy of Butcher Box.

“If you value the health benefits, enjoy the superior taste or want to ensure you’re supporting ethical livestock practices, you need a reliable source of 100 percent grass-fed beef; that’s where we come in,” Salguero said.

Butcher Box sources the meat from farmers and farm cooperatives all over the country. All of their suppliers have to meet certain criteria, for instance they can’t give their animals antibiotics, hormones, feed them an unnatural diet (Butcher Box chickens, for instance forage in fields, and cows eat only grass, or hay when conditions require) or house them in inhumane conditions, (animals either live their entire lives outdoors with access to shelter and room to roam). 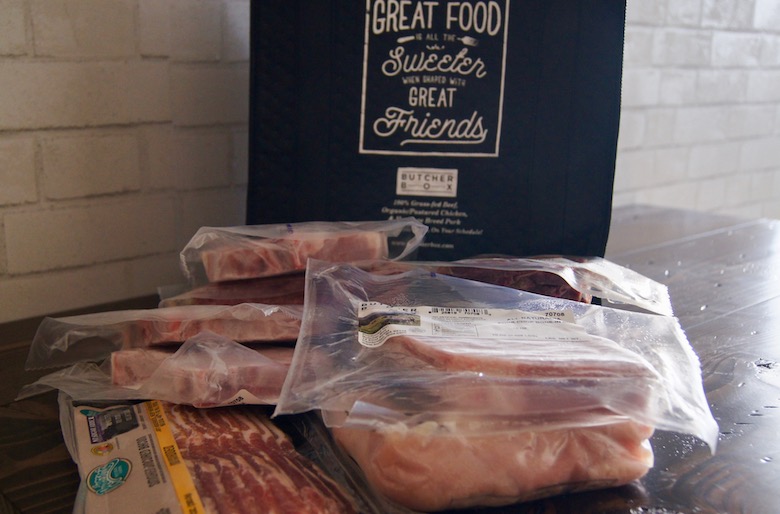 While still working through my first Butcher Box the ordering process was simple, the delivery easy (the meat is flash-frozen and packed with dry ice and while the amount of packaging was similar to other subscription services all the packaging is biodegradable or recyclable) and both the chicken tenders and pork chop had great flavor and were incredibly tender when cooked simply. If you’re an avid meat-eater Butcher Box is an easy way to ensure you always have a great piece of meat ready to go on the grill.

In the next few months Butcher Box will be working on adding more customization to allow for customers to have more control over the meals they can create with Butcher Box.

Learn more about Butcher Box and their sourcing at butcherbox.com. Use the code edible20 and get $20 off your first box.