A Remodeling, Reopening and Many Changes for Black Seed Bagels 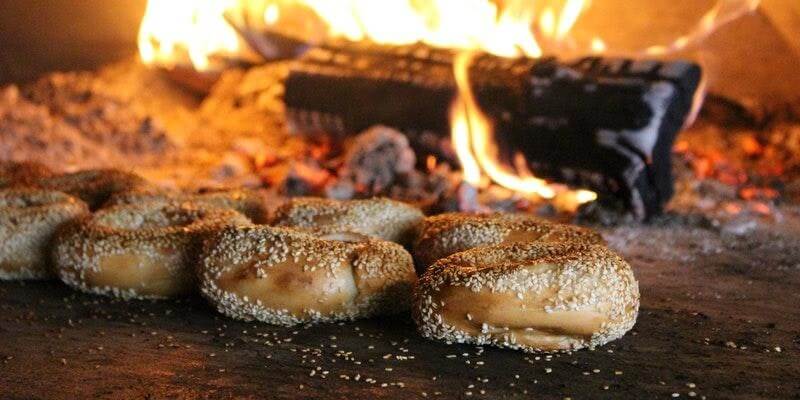 The original Black Seed location on Elizabeth Street in Soho has been remodeled and reopened after a fire earlier this year. The shop owners used the opportunity to make some updates and improvements, which meant adding new seating and updating the counter ordering area. There’s wood paneling and the location looks very comfortable, homey and extremely inviting for enjoying a lox-filled toasted bagel or some coffee and tea.

In true reopening fashion, the Black Seed Bagels Soho location also collaborated with Momofuku’s Bāng Bar on a savory bagel creation called the Morty. It’s a stuffed bagel twist covered in everything bagel seasoning, stuffed with mortadella and cheese and served with a side of Bāng Bar’s spicy mustard. It’s kind of like a pastry meets cheese sandwich meets street pretzel.

But that’s not all: The chain of bagel shops is also expanding with a flagship location called Black Seed Appetizing at the Chelsea Market’s The Chelsea Local in Manhattan this September. There will be new chef collaboration sandwiches on the menu for customers to try along with the usual signature bagel sandwiches, egg sandwiches and even pizza bagels.

And on top of the new location at the Chelsea Market, Black Seed Bagel will start extending beyond their usual menu. According to a recent press release, “updated takes on classic Jewish appetizing foods. The menu will include a variety of premium smoked fish for sale by the pound, prepared salads, gourmet signature cream cheeses, tinned fish, epicurean condiments and accoutrements, housemade pastries, freshly squeezed juices, Stumptown coffee, Black Seed merchandise and more. The shop’s offerings will be developed by longtime executive chef Dianna Daoheung.”