These 2 Cookbooks Showcase the Complexity of “Simple” Cooking

For both of these books, simple doesn’t mean boring or mindless. Instead it’s thoughtful, rigorous and curious to the end. 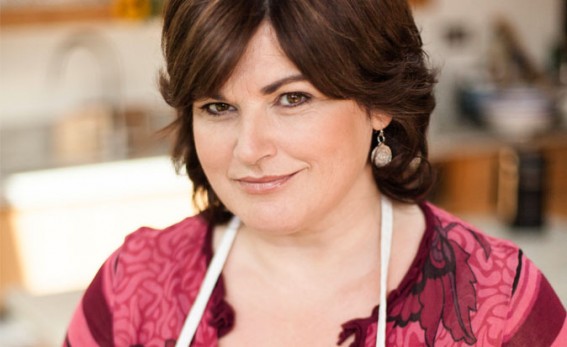 Diana Henry’s deceptively simple recipes don’t show the long reflections and hundreds of trials that inform each one.

As simple as some cookbook recipes may seem, they do not exist without the weight of hundreds of recipes behind them. Successful simple recipes—those delicious ones written with economy, few ingredients and techniques that even the most novice of cooks can follow—require an author with a deep understanding of what the recipe should be and why.

There are numerous cookbooks today aiming to help busy people get creative, wholesome dinners on the table on a weeknight. Taking a longer view, though, these contemporary titles are in the debt of the legwork of their predecessors: authors who ventured to think carefully and critically about the nature of ingredients and instructions, who attempted to peer into the soul of a recipe and manifest a dish in its purest (to them at least) form.

Take Simple: Effortless Food, Big Flavors by Diana Henry. It’s a recent cookbook of easy-to-prepare dishes that belie their writer’s thoughtfulness. Compare it to the similarly titled Simple Cooking (1987) by John Thorne, a classic and rigorous investigation into the nature of food. These books serve vastly different purposes in a reader’s life—the first is more for action, the latter is more for reflection—but both are a part of a modern tradition of pairing a recipe down to its core, and gaining confidence—whether practical or intellectual—in the kitchen.

Simple Cooking is the prototype for understanding a straightforward recipe’s complexity. Based on Thorne’s quarterly newsletters, the book (it’s out of print so you’ll have to poke around your local cookbook store to find it) is all about grasping what a dish is and how it came to be. He walks you through the deep background of a particular course (personal, historical, cultural or often a mix), speaks to you as a confidante and grants you the freedom to prepare the dish as you like.

His introductory debate of Venetian rice and peas is just one example. For a rather straightforward recipe, his intro is surprisingly vast and includes six other writers’ opinions about the dish’s preparation: “Thick or loose, wet or dry, rich or meager, pungent or subtle, more green or more white, laced with strips of prosciutto or bits of pancetta, showered with coarse pepper or dotted with fennel or celery, dusted or drenched with cheese, spooned or forked….” It also includes casual, narrative instructions for how to make this dish in whichever style you prefer, portraying all this choice as the “richness of possibility.”

Of course there’s an important place for creativity and experimentation in the kitchen, but for most of us, though, that’s usually on the weekends. Solving what to have for dinner on any given night, however, is a perennial quest, and simplicity is the modern answer.

Diana Henry’s newest book Simple answers the call for quick, flavorful meals and is easily available at your local independent bookstore. Henry is the author of 10 cookbooks, is a food writer for The Sunday Telegraph and has won a James Beard Award for her work. This latest title features only recipes that can fit on a single page, aka short recipes, and each is more or less a meal in itself.

Henry’s recipes are indeed simple, and deceptively so. Part of the reason why is that she leaves out the long reflections and hundreds of trials that inform each one. Another marker of the book’s brilliance is that instead of lecturing you, Henry provides a handful of lines, ingredients and steps to get your always delightful dinner on the table and quickly—assuming you have her suggested ingredients, that is. Depending on the pantry you keep, you might have to buy sumac, ‘nduja, feta, preserved lemon, dried lavender and pomegranate molasses among other items. They’re worthwhile investments, though, as her text teaches you how to use them no matter whether or not you’re cooking from her text.

Handing down recipes through the generations – this isn't just a 'sweet' thing to do, for many it's essential. Notebooks and handwritten recipes are precious (her recipe for wheaten bread is the only thing I ever saw my granny write down). When I asked about this on social media I was overwhelmed with responses. I've written about it for @telegraph_magazine today

Some highlights from the book include a recipe for Korean-ish chicken that employs a marinade of Asian pantry staples plus brown sugar, which, when cooked over high-then-low heat, gives chicken thighs a savory, caramelly crust—a delicious, versatile trick. There’s also Indian-inspired sweet potatoes with chickpeas and coconuts that are deeply flavorful and comforting, not to mention quickly prepared. The fruit and almond cake comes together with so little effort you can make it before dinner and have it ready in time for dessert—an easy joy.

For both of these books, simple doesn’t mean boring or mindless. Instead it’s thoughtful, rigorous and curious to the end. While truly practicing what they preach is a lifetime study, their texts are at least a first step.