Our Collective events gather food and drink industry insiders together to share ideas, skills and insight. 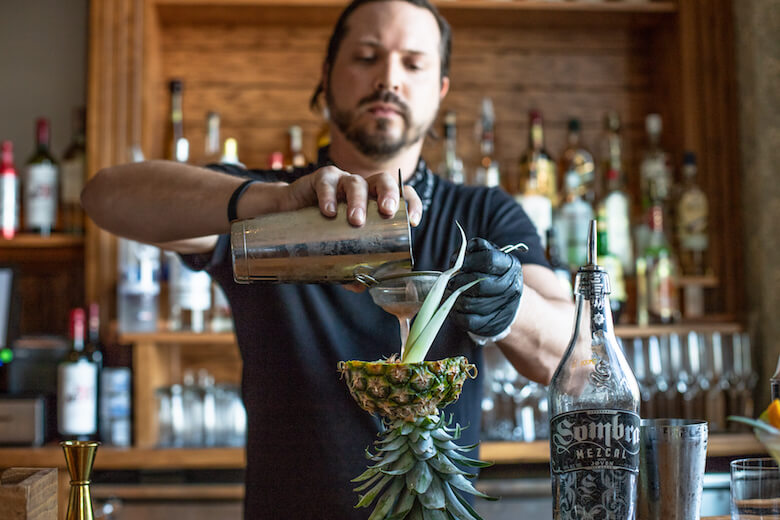 While spring generally conjures images of guzzling rose on rooftops, a nippy June afternoon proved just the thing, for sipping on tumblers of smoky mezcal.

The promise of getting up close and personal with the spirit also served as a draw for New York bartenders, making the most of their day off in the Pier A Harbor House stateroom, perched high above the Hudson.

The latest in our series of Collective events, which gather food and drink industry insiders together to share ideas, skills and insight, the June 4th workshop and contest was a serious showcase of agave; courtesy of single-village distillers, Sombra Mezcal.

“Mezcal is the hip thing now, it’s huge. But whenever people start asking me questions about it I panic; I feel like I just don’t know enough,” said Brenda Riepenhoff, a bartender at Westville Hudson and Westlight. “But in addition to just tasting, I love hearing a brand’s specific story. That’s how you’re really able to sell it and pass it along.”

And Sombra’s narrative is especially compelling. Founded by Master Sommelier Richard Betts, the spicy, citrusy, micro-batch spirit is certainly prized for its flavor; being made from organic espadin agave, and distilled in a mountain village of Oaxaca at an elevation of 8,000 feet. 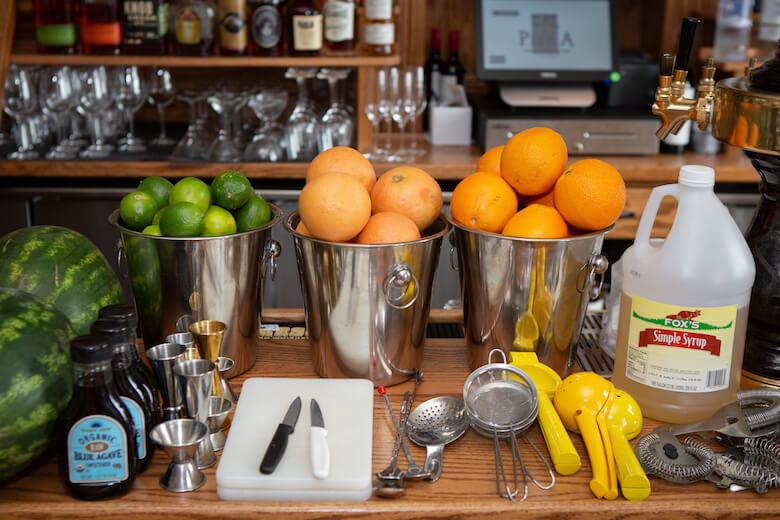 Finding an eco-friendly alternative for almost every step, that traditionally goes into the production of mezcal, organic agave is roasted over Encino Mexican oak (every time the farmer Sombra commissioned cuts down a tree for them, he plants two more), and a solar-powered mill was built to crush it, to avoid animal labor. Water is sourced via a rain collection system, and instead of being dumped into the rivers, waste is fused into sturdy adobe bricks, which are used to build houses for the community.

And in order to inspire ecologically sound practices well beyond their own palenque, Sombra has recently launched a sustainable cocktail competition as well; conducted virtually to minimize its carbon footprint.

Open to professional bartenders across the U.S. and Canada, cocktail recipes can incorporate a maximum of 5 ingredients, with at least 2 that are demonstrably eco-friendly. Entries are accepted through August 22, 2018, and will be judged on sustainability, originality, creativity, and how well they showcase a 1 oz or more pour of Sombra Mezcal, with the winner receiving a one-week trip to Oaxaca and a hands-on apprenticeship at the distillery.

Needless to say, attendees at the Collective event were excited to get a leg up on the challenge, with Press Lounge’s Isidro Gutierrez winning the workshop competition with his “Liquid Taco” (muddled chorizo, agave syrup, pineapple, Tabasco, lime), and Matthew Schultz from Underdog in second place with the “Oaxacan Bird” (lime, pineapple, agave, Campari), followed by Regina Brown, owner of Events by Regina Brown, taking third prize with her peach and orange liquor-infused “Mezcal on the Beach.” Other equally scrumptious contenders were Marcos Martinez’s “Yang Lady,” featuring grapefruit juice and cherry liquor, and the “Lady Grapes” from Miguel Aranda of Boticarios, made with grapes and apricot brandy.

For more information about The Collective, including how to join, check out the website.