Oregon Wine Is Having a Moment and We’re Benefiting

Earlier last week, we ventured west by way of Upland for a single-vineyard pinot noir tasting. 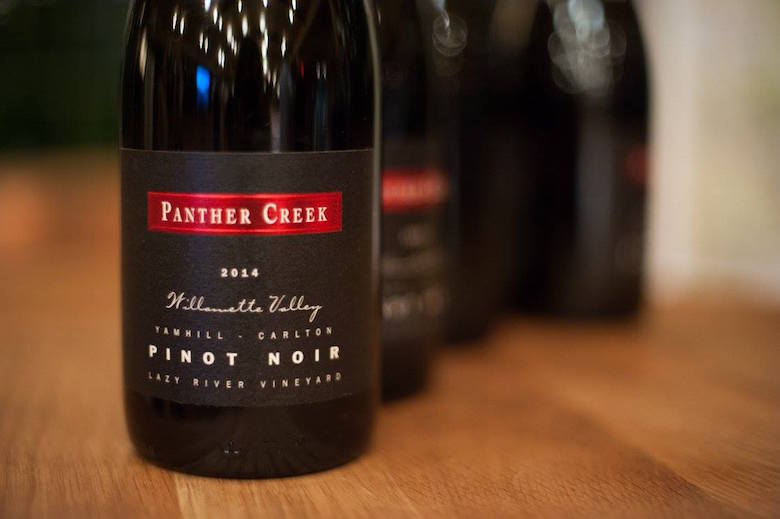 The first sip of Lazy River’s 2014 pinot noir has a clear minerality and is almost coffee-like on the back of the palate, which is likely a result of the vineyard’s volcanic soil. Photo credit: Facebook/Panther Creek Cellars

The Pacific Northwest is having its moment, at least according to winemaker Tony Rynders of Panther Creek Cellars. “There’s a real energy and maturation in the space right now,” he says.

Earlier last week, we ventured west by way of chef Justin Smillie’s Upland for a single-vineyard pinot noir tasting. It gave the impression of a family affair, where strangers greeted each other as if they were long lost cousins, sipping and slurping different wines from Panther Creek’s 2013 and 2014 vintages. The familiar atmosphere was not contrived but an organic result of the way Panther Creek works: The owners of Kalita and Schindler vineyards, both husband and wife teams, as well as Lazy River Vineyard, produce the three types of pinot noir grapes used in Rynders’s wines.

It took Rynders a moment to get where he is today. While working briefly in Northern California’s wine country, it felt as if he got to the party after it was over, with the new, exciting buzz around wines from this region waning. So his desire for an untapped region led him north to Argyle and Domaine Serene wineries, which are about six miles apart from each other in the Willamette Valley and also focus on pinot noir. The Pacific Northwest, more specifically the Willamette Valley, has come to be associated with these earthy, fruity wines. Rynders’s wines highlighted the area’s great fortune of having a stronger varietal identifier than most others vineyards of the West.

Despite the close proximity of Lazy River, Kalita and Schindler vineyards, each wine is distinct. The first sip of Lazy River’s 2014 pinot noir has a clear minerality and is almost coffee-like on the back of the palate, which is likely a result of the vineyard’s volcanic soil. At the same time the front dances with dark berries—a classic characteristic of the varietal. The 2014 from Kalita Vineyards is sexy; it’s dripping with opulence and the kind of wine you want to enjoy on a first date. Dark fruits mix with florals to raise you a few inches above the table. But if you’re in the mood for a big, gorgeous wine for fireside sipping, hints of dark stone fruits and cool, clean structure in Schindler’s 2014 pinot noir is perfect.

The differences in each of these wines, as well as nuance in flavor year after year, is attributed to Oregon’s changing climate; rainfall is becoming more challenging to predict. Rynders’s belief in bringing out the best in each grape, without a recipe, also helps. He is constantly tasting and studying the grapes so the wine is both consistent and shows off the exciting annual changes.

There’s an expression that everything good starts in the West and moves east. It’s not clear how true this statement is across the board, but we’re fortunate that Rynders and Panther Creek are having their pinot noir moment and sending it our way starting July 1. Keep an eye out for it at Upland and on other wine menus throughout the city.