This Touchscreen Wine Bottle Knows Your Tastes and Recommends Accordingly

The Kuvée system suggests food pairings, recommends new wines based on your tastes and allows you to buy directly from the bottle. 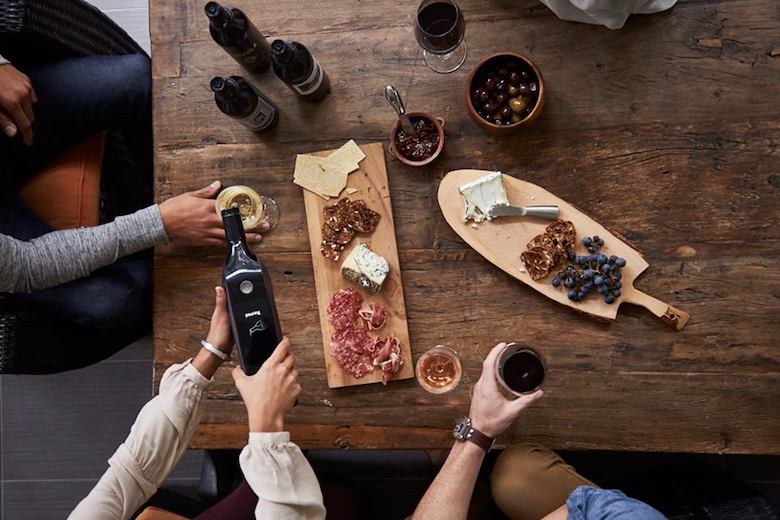 The dispenser attaches to the airtight wine bottle, allowing users to experiment with different wines throughout a meal. Photo credit: Facebook/Kuvée.

We all know that selecting a wine is frequently daunting. If we’re being honest, many of us choose based on label and familiarly with the varietal (Chardonnay, Pinot Noir, etc.), which means that for the most part, we’re not trying new things.

This is why Vijay Manwani, a self-proclaimed “recovering wine snob,” saw an opportunity to influence new and established wine drinkers with the help of his friend and master sommelier Michael Meagher. Together they lead Kuvée: a business making a dispenser that attaches to their custom FreshPour bottles with an airtight seal. The dispenser reads the bottle’s barcode and then displays the wine’s name, detailed about the vineyard, tasting notes and the option to order more bottle(s) directly from the dispenser. The dispenser also suggests food pairings, offers tips and tricks and recommends new wines based on your tastes. With their packaging system, all wines are meant to taste as good on day one as they do on day 30.

This design also lends itself to discovering new wines while limiting waste. By snapping the bottle into the dispenser, you can enjoy a single glass of a Syrah-Shiraz blend one evening and an oaky Chardonnay the next without worrying the remainder of the bottle will be poured down your kitchen sink. The dispenser attaches to the airtight wine bottle, allowing users to experiment with different wines throughout a meal without worrying about not finishing the entire bottle within the day. 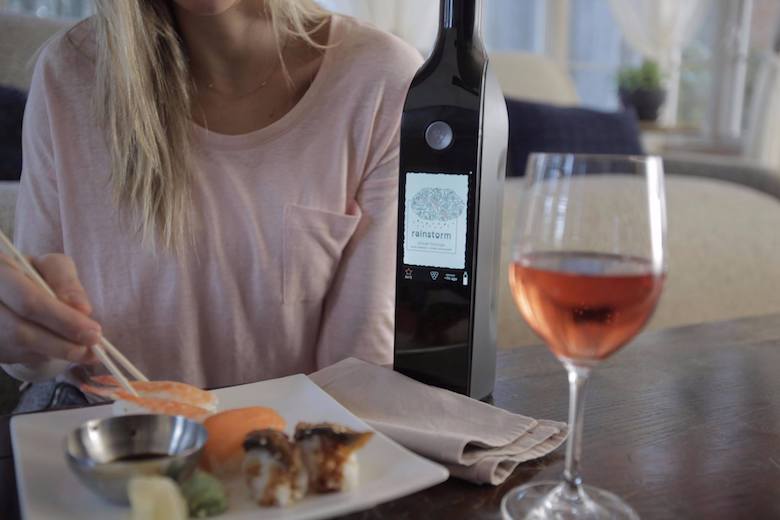 Manwani approached Meagher in early 2015 about Kuvée just as Meagher started to consider new sommelier opportunities outside of restaurants. They were motivated by the average wine drinker who knows little about wine but is eager to try new things and increase their knowledge. They also wanted customers to not feel like they have to drink an entire bottle before it goes bad.

I had the opportunity to sip and slurp wine from a Kuvée dispenser with Meager. While there’s room to improve the dispenser design, the day ten reds and whites we tried tasted as if they’d just been opened. Not being terribly knowledgeable about what we were drinking, Meager let the dispenser do the talking with its built-in screen that offered tasting notes and information about the wine’s producer. It indeed provided a judgement-free education as well as taste-based recommendations. Kuvée has potential to become a tech-geek’s favorite new kitchen gadget.