In Celebration of Good Beer Month, Our Favorite Local Brews

You can find most of these across the city at Good Beer Seal-approved bars, Whole Foods and other specialty shops. 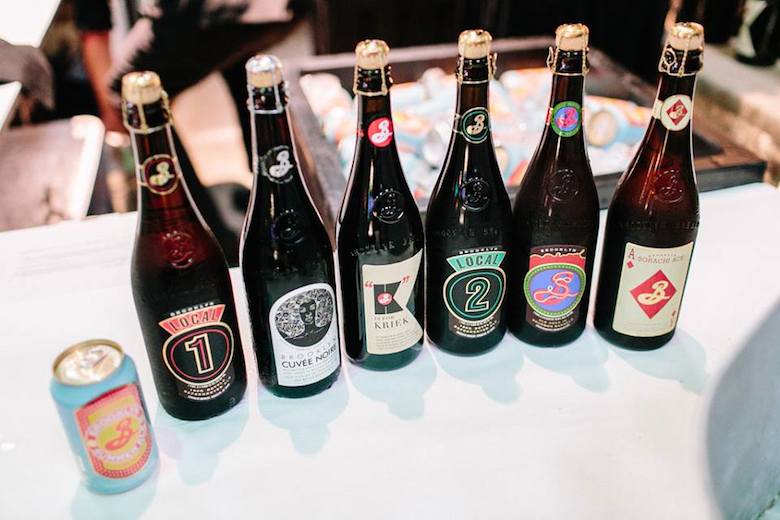 For seven years now, July in New York has been Good Beer Month. It’s back as of yesterday with a slew of events including a launch party for a new New York craft beer map, a series of booze-centric evenings at WNYC’s Greene Space and our own Good Beer tasting event on July 30 (get those tickets before they’re gone!). We’re especially looking forward to this year’s Cook Out NYC: Running With the Beef™ “outdoor grilling fiesta” on Saturday, July 11 that promises a variety of Spanish dishes like traditional grilled steak, brisket and beef sausages.

In celebration of one of the happiest of the year, our writers and editors chose some of their favorite “good” beers to share. You can find most of these across the city at Good Beer Seal-approved bars, Whole Foods and other outlets. Got one you’d like to share? Let us know by leaving a comment.

Gabrielle Langholtz: Sorachi Ace, Brooklyn Brewery
For over a decade, I took Brooklyn Brewery for granted. Sure, I lapped their Chocolate Stout from the taps at my college bar back in the mid-nineties, but upon moving to BK, the old-school brand just felt like part of the landscape. Then Rachel Wharton and I actually sat down to interview BB’s mastermind Garret Oliver and quickly got drunk on the conversation. Read her profile and you’ll soon see why the guy is arguably the world’s greatest brewer — not to mention beer understander. Lately I can’t get enough of his Sorachi Ace, made with a long-lost varietal of Japanese hops that channels Southeast Asian summer in a glass. Pour a pint while watching our video interview with its maker.

Brian Halweil: Bikini Beer, Evil Twin
This is Evil Twin Brewing Company’s answer for those who like to drink all day. At 2.7% ABV, it’s legal even in states that cap at 3.2% beer. And it’s awfully refreshing. The drinker absorbs the alcohol level of a shandy (or a can of Bud), but enjoys the flavor of a full-proof beer. Bikini Beer is “anything but a sissy beer,” according to Evil Twin, and it’s brewed in conjunction with Two Roads Brewing Company in Connecticut. My local beer store, Sag Harbor Beverage, hasn’t had it lately, so I mostly bum them from the fridge of winemaker and Edible East End contributor Christopher Tracy. I’ve been searching for other beers in the three to four range. It turns out there aren’t many made locally. Long Island breweries, if you can hear me, make more low ABV beers.

Jesse Hirsch: Cherry Moon cider, Harvest Moon
I’m picking a cider, just to be difficult. I first tried this one at our Good Cider event; it takes a lot to stand out when you have 7 zillion ciders pouring in the same room. But this one actually made me do a comical “So delicious!” double-take — eyes bugged out, mouth agape — to a friend. Very crisp (the proto cider descriptor) and dry, with the slightest hit of cherry. True refreshment.

Ruth Temianka: The Owl Farm
Technically a brew establishment rather than a brew itself, The Owl Farm in South Slope, Brooklyn gets my vote for effortlessly cool yet comfortable brew-based venue this summer. Plus they let me eat a smuggled-in pizza at the bar once with the casual nonchalance of only truly seasoned pub landlords. Though I struggle between the taste and gut-busting tightness that beer triggers in my tummy, Owl Farm’s list of brews, like other local trailblazer Threes Brewing, constantly changes with a list of exciting snifters, pints and everything in-between.

Claire Brown: Superf*ckngyawn and Words Have No Meaning, Threes Brewing
My parents visited for a week in May, and we covered ground from the Cloisters to the Statue of Liberty to BAM. But the one outing they’re still talking about was a trip to Threes Brewing in Gowanus. Though my dad didn’t understand the asterisk expletive in the IPA and asked the bartender to explain (cue my middle school-style blush and a wish for an invisibility cloak), the beer spoke for itself. Now’s the time to try Threes — they’ve been around since November and they’ve just opened a huge backyard space complete with hop vines. Don’t let the Gowanus address fool you; it’s just a block from Brooklyn Boulders and an easy walk from anywhere in Park Slope.