How to Tell If Your Brunello Is Counterfeit

The consorzio has an online tool to verify your vino. 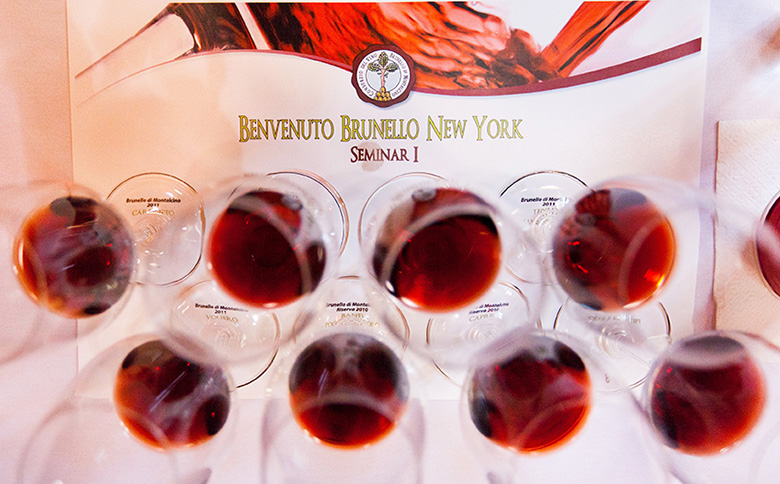 A selection of 2011 and 2010 reserve Brunello at a recent trade tasting.

Brunello di Montalcino is one of the most popular and pricey wines in the world; it’s also one of the most counterfeited. At the Bienvenuto Brunello event at Gotham Hall on January 19, where the consorzio, the region’s trade group, debuted the newly released 2011 vintage, representatives said fake Brunello had recently been found on eBay. They released a statement on January 22 acknowledging it: “Once again a great trademark of Made in Italy has been subject to an attempt of counterfeiting. However, the fraud has been thwarted… The connivance between a restaurateur and his accomplice will never be enough to imitate the excellence and uniqueness of a product such as Brunello di Montalcino, already very well known worldwide.”

The value of a place name is jealously guarded by food and wine producers in the European Union, something the United States is just beginning to appreciate. Federal and state governments have strict laws regarding what can go on a wine label, and local organizations do what they can to prevent foods made in other regions to capitalize on a well known name. In other words, if a bottle says Napa Valley Cabernet, the consumer should expect the juice inside was made from grapes grown in Napa Valley. But there’s no national organization to ensure all onions labeled Vidalia are really from Vidalia, Georgia — the growers there had to brand it themselves. Under geographical indication and traditional specialty law in the E.U., it’s illegal for makers of sparkling wine outside the region of Champagne to call their wine champagne. You’ll still see it on labels of wine made in the U.S. And you’ll still see “Parmesan” on cheese made in America far away from Parma, Italy. 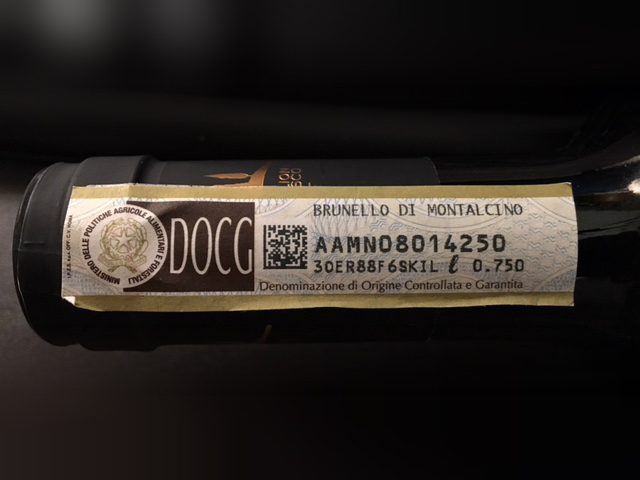 On bottles of Brunello, an additional label is applied to the neck to further ensure authenticity. Photo credit: Eileen Duffy

Laws are one way to fight fake wine, but also, much of the way wine is packaged today was developed to prevent fraud. Capsules and branded corks were added so someone couldn’t refill an empty bottle with something cheaper and sell it. On bottles of Brunello, an additional label is applied to the neck to further ensure authenticity. For even more security, the consorzio has a page set up on their website where consumers can enter the numbers on this label to confirm the wine’s provenance. (The wine above checks out.)

By rules finalized in 1998, Brunello must be aged at a minimum of two years in oak and four months in bottle and can only be released five years after harvest (read the full requirements here). The weather in 2011 in the region where Brunello is grown was on the cool side, a big departure from the heat of 2010. This puts the 2011s ready to drink before the 2010s with their softer tannin and elegant balance. The 2010s are still bruisers. Riserva Brunello must wait six years to be released so look for those on the shelves next to the ’11s. One wine enthusiast said at the tasting that he believes in the power of three. In other words, buy three bottles of a vintage. Drink one and mark on the label of the next when to open a year later, and a year later than that for the third.