A Fade and a Flat White in the East Village

Something about being comfortable enough for someone to touch your hair and wanting to caffeinate just works out for the best at Three Seat Espresso. 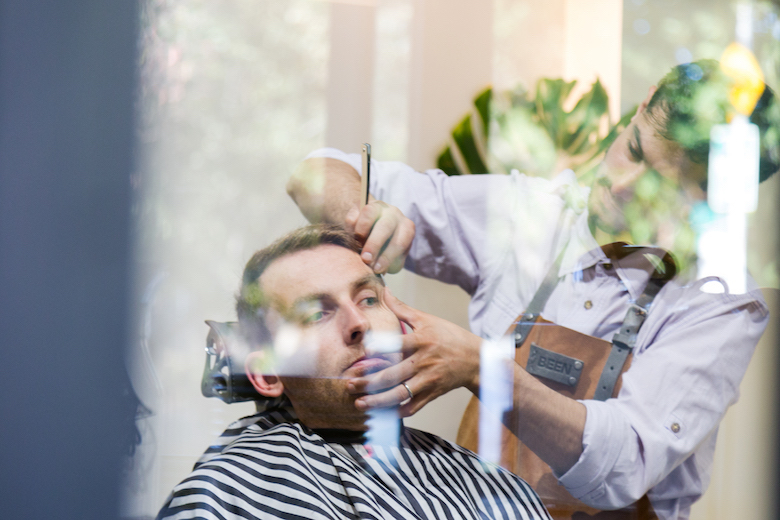 The latest coffee shop in the ever-evolving East Village has three chairs with world class barbers and an array of the finest coffees.

Somehow a coffee shop and a barber just love to go together. Perhaps it’s something about being comfortable enough for someone to touch your hair and wanting to caffeinate that just works out for the best. The latest coffee shop in the ever-evolving East Village is simple just that: three chairs with world class barbers and an array of the finest coffees.

“Our cafe represents an effort to grab customers’ attention by trying something different while still exceeding their high standards. Our aesthetic is modern, clean and minimalist and has a unique integration with the barber shop” he adds. And according to him it’s all locals, families, tourists and a heap of my friends. “A few celebs swing in from time to time,” he adds. 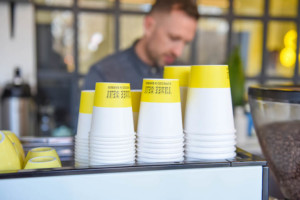 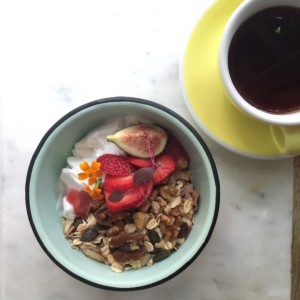 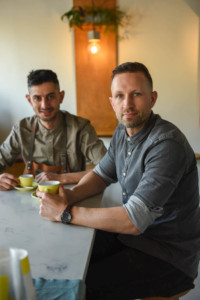 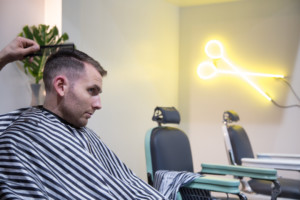 If you like to geek out a little on coffee be sure to indulge in the La Marzocco Linea 2 group and Mahlkonig K30 Vario Grinder they use for espresso. If you’re into brews they have a Fetco 2141 XTS Brewer (single) and a Bunn G2 Bulk Grinder. But once you hear Aaron’s Aussie accent you’re probably going to opt for a flat white anyway.

Cook’s been in the coffee game for nearly two decades. First he worked in Perth, Australia (where he is from) and started as a washer of dishes. But sooner than later he co-founded a small coffee business called Kick Coffee. But New York was calling so he came over to run Bluestone Lane in early 2016 until he opened his own establishment.

If you ask Cook where his love for coffee came from he says with a bright white smile: “It was more so who. A former boss and coffee mentor showed me the true nature of genuine hospitality. First came the love of hospitality coffee provided as a medium for engagement; the passion for coffee itself developed soon thereafter. We try to exude that same genuine hospitality at Three Seat Espresso.”

“Right now we focus on espresso based drinks, hot brew, cold brew, teas, a limited beer and wine offering, pastries and cafe-style food,” says Cook. “The menu is about to undergo some changes and we want to keep it dynamic with frequent updates.” If you have a moment to linger after you get your fade, make sure to eat the avocado toast. It could change lives.