In the East Village, 2 Brooklyn-Based Winery Owners Have Overhauled Grape and Grain

From the interior to American wines and handmade pastas on the menu, the Rooftop Reds team has revamped the East 6th Street spot. 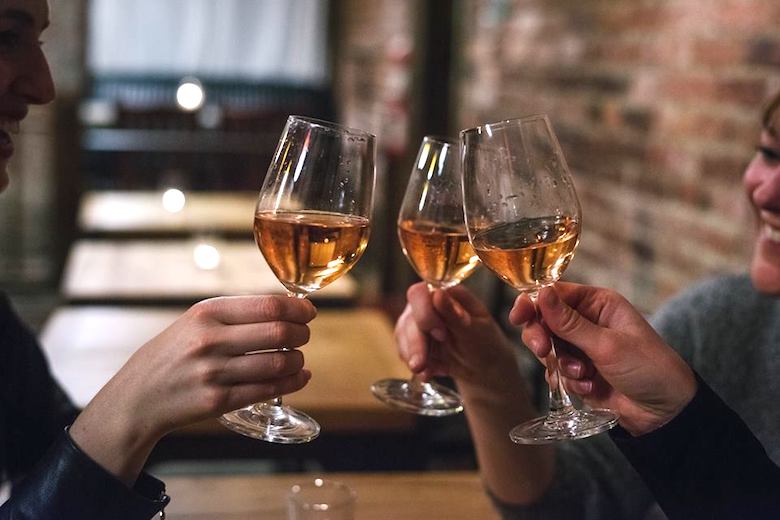 A glow seems to beckon out of the newly made-over Grape and Grain wine bar on East 6th Street between avenues B and C, so inviting you’re compelled to look.

Last summer, East Village wine bar Grape and Grain got a makeover.  Now run by TJ Provenzano and Devin Shomker, who also run the Brooklyn-based urban vineyard Rooftop Reds, the wine is all American and mostly from operations producing fewer than 10,000 bottles a year. “We designed it for the neighborhood, we want people to feel comfortable coming back, for it to be an extension of their living room,” Provenzano says.

A glow seems to beckon out of the little wine bar on East 6th between avenues B and C, so inviting you’re compelled to look. The door’s always-open vibe seems to touch every aspect of the spot, from the seats at the bar with their view of everything happening in the small kitchen to the food and wine list itself. It’s easy to see how you could become a regular here.

Provenzano along with Shomaker reopened Grape and Grain in June 2018, keeping the name of the wine bar intact but little else. They renovated almost the entire space stripping the wood bar and dining tables of their dark varnish, removing the old chandeliers, even creating a booth at the back of the restaurant out of part of the original bar, a seat from a 1980 Ford Bronco and salvaged old windows from Rooftop Reds to create a sense of privacy around the table. It’s probably the best seat in the house with the exception of those at the bar, which offer a firsthand look at the food coming out of the all-electric kitchen they built.

“We call it the dorm room kitchen,” Shomaker says.

And like the space and wine menu, Shomaker and Provenzano completely reinvented the food. They hired executive chef Adam Rule, who can often be found downstairs hand-rolling pasta for one of their seasonally focused pasta dishes—recently it was a duck ragù—or working tirelessly to source as many ingredients domestically as possible. The olive oil, for instance, is not from Italy, Greece or Spain but California.

All of the dishes—whether the duck ragù with saffron pappardelle, Parmesan, toasted pistachios and dill, or the fava puree, with herb salad and roasted tomato tapenade served with housemade focaccia—are made from scratch. 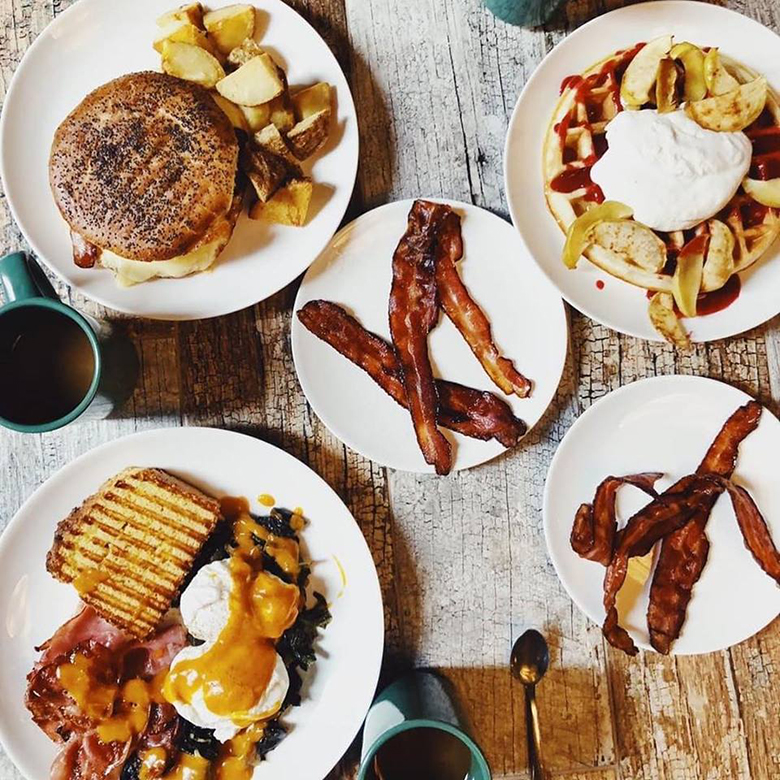 Then there’s the wine list, which is as diverse as it is moderately priced. All of the wines are domestic and many are from the usual suspects: New York—including some obviously from Rooftop Reds—California, Washington State and Oregon.

But there are unexpected choices, such as a sparkling wine from New Mexico, an orange natural wine from Day Wines in Oregon and a red wine from Virginia’s Boxwood Estate that was hard to describe. Juicy with hints of red cherry and pomegranate but also earthy with a velvety finish—it’s the type of wine that you either love or hate. Which is fine with Provenzano and Shomaker. They want diners to come in and rethink wine. Just as they have been making New Yorkers and the rest of the world rethink what a vineyard is with Rooftop Reds,  a sushi omakse (Provenzano is a co-owner of sustainable sushi joint, Mayanoki)and soon a nonprofit Village Vines, which will include both a vineyard and hop farm.

Did I mention Grape and Grain has a domestic beer list, too? It’s the type of place you can hang out for a while.

Photos courtesy of Facebook/Grape and Grain.