A sommelier spills good tips on where to find the rarely exported bottles. 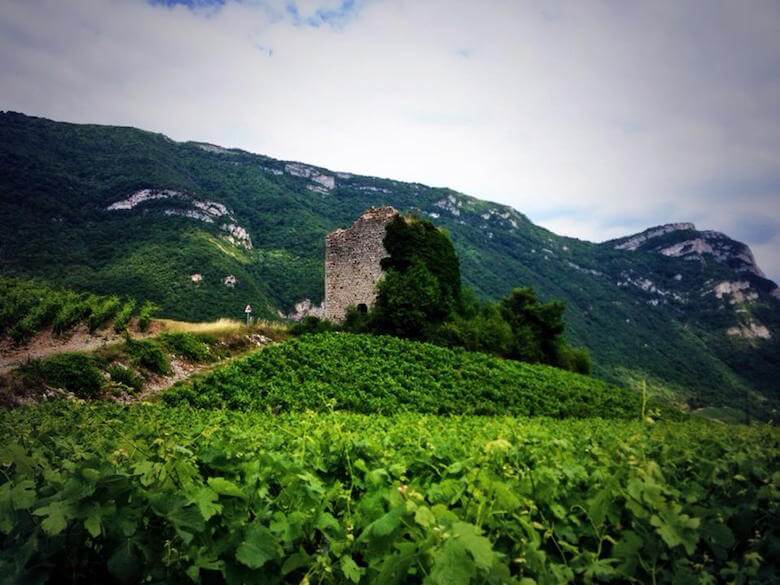 A Swiss vineyard, photographed by the author.

Three years ago, I discovered the secretive wines of Switzerland. After traveling around the western French cantons of the country, I returned back to New York City, thrilled to share these wines with my sommelier friends. There was only one problem: None of the wines were exported to the United States.

Lack of availability and marketing means that Swiss wines remain mythical and undiscovered for many outside that fair country. Little wine is produced, and what little is made very rarely crosses the Swiss border. Switzerland is so wealthy, they really needn’t push their wines into the international market; in fact, 90 percent remains domestically sold. Further, there isn’t a large, international publicity group educating the trade and marketing the wines. Beyond that, my visit to Switzerland revealed that the Swiss seem almost secretive about their wines… perhaps for good reason. They might be too good to share.

Today, though, these wines have started to creep onto lists around the city. Whereas only two importers used to distribute Swiss wines in New York a few years ago, now up to ten ship bottles here. Swiss wines are sweeping into the hearts of wine enthusiasts and sommeliers alike. Pop into these restaurants to see why the buzz is growing around these rare and unique wines.

Terroir
24 Harrison St.
Flip through the raucous wine list here to find swiss wines labeled with the caption “SEX IN MOUTH ALERT- A seductive blend of 6.9 grams residual sugar and 5.45 grams total acidity,” underneath an Amigne de Vétroz from Serge Roh in the Valais. Other classics like Cave Caloz Heida Païen (it’s Savagnin, like from the Jura, but on steroids) and an older vintage of Louis Bovard Chasselas (the most popular grape in the country) make an appearance.

Trestle on Tenth
242 10th Ave.
To accompany your Swiss-American fare here, dive into their wine list sprinkled with selections from Switzerland. Pinot Noir like you have never tasted from Fabienne Cottagnoud and Mythopia will make you rethink every time you’ve ordered Oregon Pinot Noir (what were you doing?) and wine from the self-proclaimed “Petite Arvine Cowboys,” John and Mike Favre, will leave you with gobs of honey and citrus on the palate. When in doubt, go with one of their two Chasselas offerings, Domaine de Montmollin from Neuchâtel or Serge Roh from Vétroz alongside a slab of l’Etivaz cheese from the Swiss alps and find yourself in sensory nirvana.

Rouge Tomate
126 W. 18th St.
Natural wine never felt so good, and if master sommelier Pascaline Lepeltier recommends it, you know it’s legit. Here, the biodynamic estate run by Marie-Thérèse Chappaz deemed “an icon of Swiss wine” and “The Lady of Wine” stands out with her lush Petite Arvine and crunchy Dôle (Gamay and Pinot Noir mixed together in the best way imaginable). Destroy these alongside a heaping plate of veggies.

Cote
16 W. 22nd St.
As the beverage director both here and at their sister restaurant, Piora, I might be a bit partial to this place, but inarguably this is the largest collection of Swiss wines in all of the New World. Dive in. Alongside piles of sizzling steak, swing back a few bottles of Humagne Rouge from Cave Caloz or ten-year-old Fendant from Robert Gilliard. The Swiss even make a rosé of Pinot Noir called “Œil de perdrix,” named after the bloodshot color of a partridge’s eyes in death throes (intense). Try this hardcore pink wine from Domaine de Montmollin to freshen up the palate after a feast of kimchi and meat.