What You Need to Know About Sake

Trust us: If you learned how to tell a pinot noir from a cabernet, you can become a sake connoisseur, too. 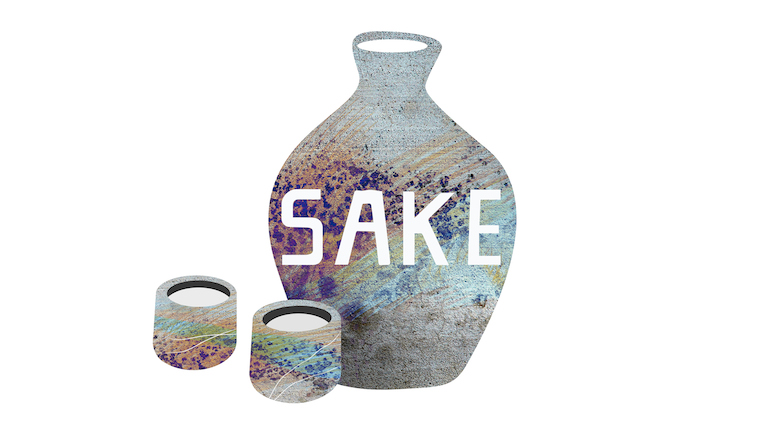 In our current drinks issue, our contributor Nancy Matsumoto chronicles the rise of rice in New York City. How is it that the city went from offering a small handful of mass-produced labels to the approximately 800 that are now available? Let us tell you.

Just because we’re riding a high-end sake wave doesn’t mean that we’re all experts on how to drink it, of course. For most of us, sake is still a bit of a mystery. Don’t let the novelty deter you, though; if you learned how to tell a pinot noir from a cabernet, you can become a sake connoisseur, too.

We reached out to Chris Johnson, sake sommelier at the Meatpacking District’s Cherry, to enlighten us. Read on to learn more about the brewing process, how the different styles compare and how to best serve sake at home — either alone, or with food.

And love these sake illustration by Briony Crane of The Goodforks? Download and share the full graphic here. We’ll be rolling out custom wallpapers based on these designs throughout the lifespan of our drinks issue. Stay tuned!

Much like wine is made from grapes, sake is made from rice, though the type of rice used to make sake is far less important than in winemaking. You may have heard sake explained as “rice wine” though it’s not actually wine at all — you’d need fruit for that. To turn rice into sake, brewers rely on Aspergillus oryzae: a yeast that’s native to Eastern Asia (A. oryzae is in fact the hidden staple of East Asian cuisine and is used to ferment soybeans and produce rice vinegar).

If you’ve given sake a try in the past, you may have noticed that you feel tipsier after a few glasses than you would after wine or beer. That’s because of a sake-specific brewing method called multiple parallel fermentation that gives this particular beverage a 20-percent alcohol content, which is far higher than any other non-distilled drink. 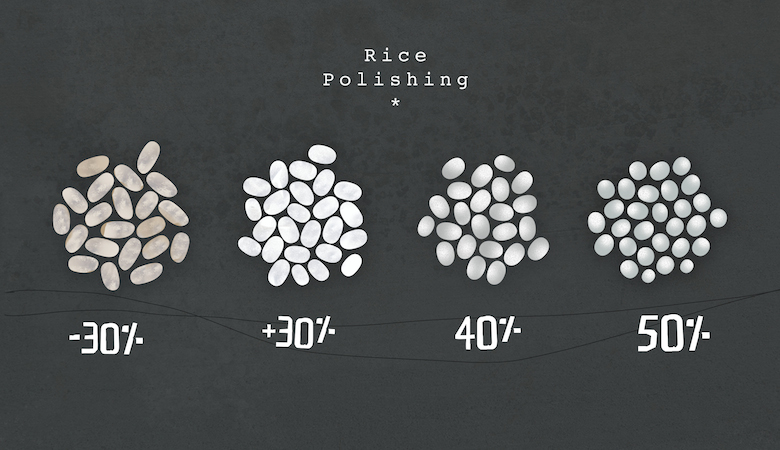 There four types of types of sake you’ll commonly meet when looking at a menu: Junmai, Yamahai, Ginjo and Daiginjo. While that number may seem manageable, the differences between them aren’t so straightforward. Rather than referring to directly to taste or even quality of the sake, this alcohol is typed according to the way the rice was milled before brewing.

Commonly called the “rice polishing ratio,” the biggest differences in sake come from how much of the outer husk and core of each rice kernel has been ground away. Sakes with a higher polish are often more expensive, for example, as they require more rice and processing before fermentation.

It doesn’t get more premium in the sake world than Ginjo and Daiginjo sakes that require at least 40- or 50-percent (respectively) of the outer rice husk to be polished away. Not only is more work involved, but producers also have to use more rice in each bottle.

According to sake sommelier Chris Johnson, there are some general flavor components in each style. Because the rice husk contains fats that can create a funkier, earthier flavor after brewing, premium sakes are often the most aromatic and fruity. “Not all sakes follow these rules,” Johnson says, but generally, you can expect the following flavor profiles from each type of sake. Unless you’re drinking an unfiltered sake, it should look almost clear with only a slight hint of color.

In order of polishing ratio, most common to most expensive:

Of course, sake is more complex than these guidelines. In addition to variations between each category, producers can blend varieties together. “A Yamahai-Junmai-Daiginjo sake would have great balance, umami, delicate fruit and floral notes, and elegance and depth,” according to Chris Johnson. It’s a great way to affect your palate on multiple levels.

As a general rule of thumb when deciphering sake menus, here’s some useful vocabulary: 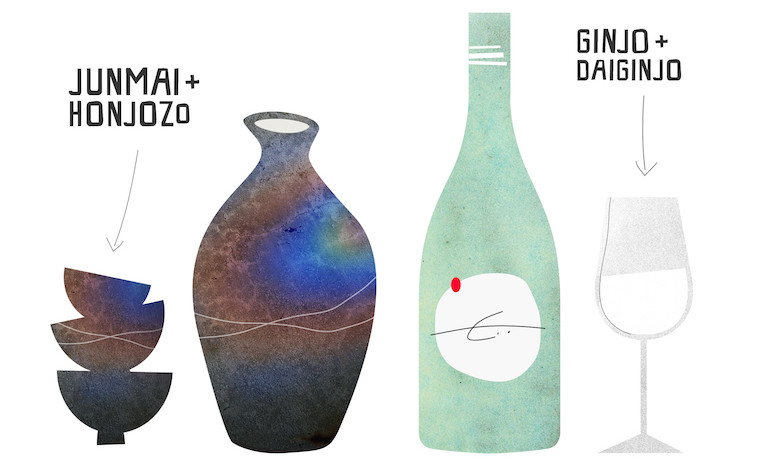 Newcomers to sake, especially wine lovers, often gravitate toward premium Ginjo and Daiginjos notes Chris Pearce, a sake importer and organizer of the annual event Joy of Sake. Yet he’s noticed that “over time, many people develop a preference for [less finely milled] Junmai labels, which are more about texture and crispness.” More adventurous tasters might seek out Yamahai or Kimoto styles, made using slower, old-school methods that allow more yeast and bacteria into the mix for a funkier, richer flavor.

Small but good lists can be found at Alder, Aquagrill, Momofuku Ssam Bar, Hakkasan and the Good Fork. A very large list can be found at the Koreatown jizake bar Kirakuya. See our full roundup of recommended venues here.

Serving Sake, With and Without Food

Perhaps the most common misconception for this beverage is that it should either be served hot or cold. Though there aren’t any hard rules, premium sakes should usually be consumed at lower temperatures (50 to 60 degrees) whereas earthier, less polished sakes are delicious when served warm (usually near body temperature). “The warmth brings out the umami,” says Johnson. “Your more basic entry level sakes are great for warming, your more expensive, elegant fruity or floral style sakes tend to be better kept cold.”

If you don’t have the traditional sake set of a flask and small round cups, don’t fret. Though they’re helpful when serving and drinking warm sake, they’re not necessary. A premium Ginjo is actually best enjoyed from a wineglass to help you sense the complex aromas. Though a sake set can encourage the Japanese custom of pouring for your dinner companion before serving yourself, you can keep that tradition alive with any glassware.

Other no-no’s like lifting your glass from the table when you’re being served, downing your sake in one gulp or using it for shots are easy to avoid — regardless of your serving set. 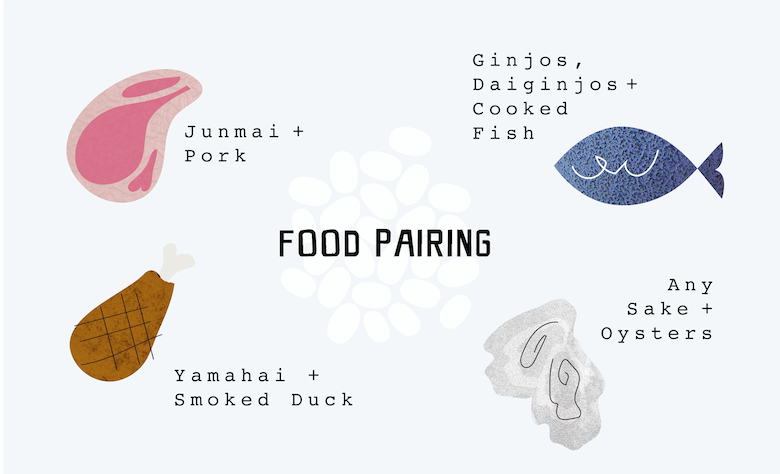 And like wine, sake can be paired with food. The large number of umami flavors coupled with relatively low acidity actually makes it the perfect beverage companion. When asked, Johnson suggested a few of his favorite pairings, “Match an earthy Junmai with pork or roasted chicken or a Yamahai with smoked duck. Delicate Ginjos and Daiginjos pair great with cooked fish.” As for oysters — anything goes. “Oysters are plain old yummy with sake,” Johnson says.