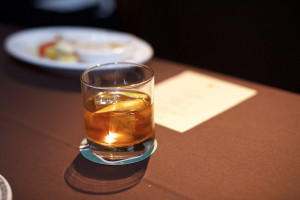 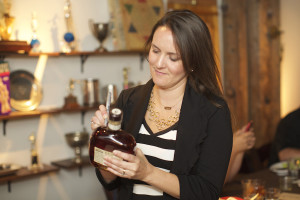 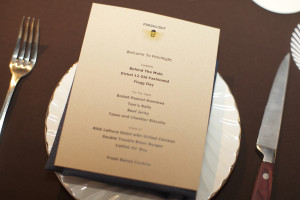 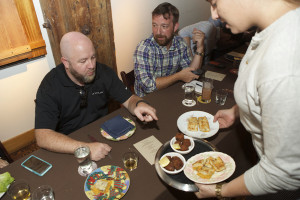 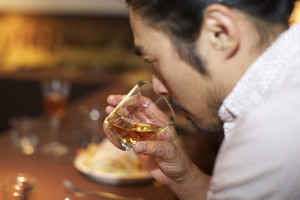 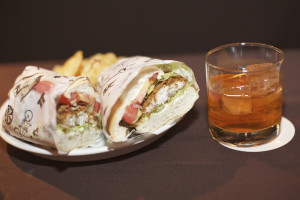 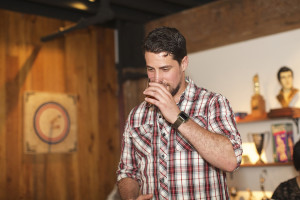 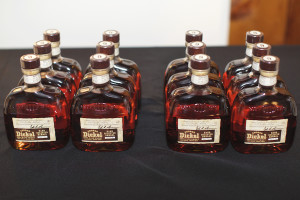 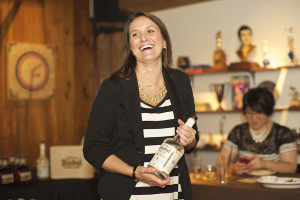 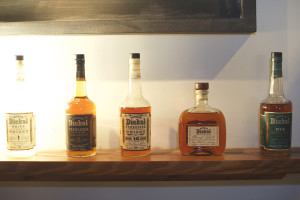 The crowd was thoroughly charmed by head distiller Allisa Henley, whose Southern twang belied a sharp savvy—in matters of business and booze. Henley’s descriptions of Dickel HQ were delightful. There are only 35 employees, doing things how they’ve been done for well over a century in Tennessee. A major reveal: no computers.

In this modest operation, pulleys are hoisted by hand, workers communicate by banging mallets on metal and much of the quality control is done with taste, sight and smell. She described visiting another spirits manufacturer and being shocked by how sterile and hands-off the operation was. “Three guys sitting there with three computers, watching over everything,” she said. “That was weird to see.”

This was the sort of dinner that requires copious water consumption—if you want to get anything done the next day. In addition to three specially crafted Dickel cocktails (Porchlight staff were devilishly good at keeping them refilled), courses were paired with healthy drams of Dickel spirits (e.g., white corn whisky).

The food was reliably excellent. Meyer’s Southern-ish offerings never missed, from the boiled peanut hummus to the jerky to the catfish. All the while, the dinner’s attendees guzzled, gabbed and were schooled on how to properly taste a whisky (at least one Edible writer had a lot to learn).

A bonus was the cross-cultural understanding that can be reached when you drop a gregarious Southern distiller into a room full of New Yorkers. When Henley described the size or her home garage, for instance (~2,400 feet), one attendee noted it was 20 times the size of his rented room. And when someone else pointed out that Henley was more stylish than many of the night’s tipplers, she retorted, “I did my homework. Don’t y’all always dress in black and gray?”