I’ve done infusions with white spirits and tea before. But coffee? It just never occurred to me. It’s a totally genius way to toast to the New Year, especially with good-luck black-eyed peas. 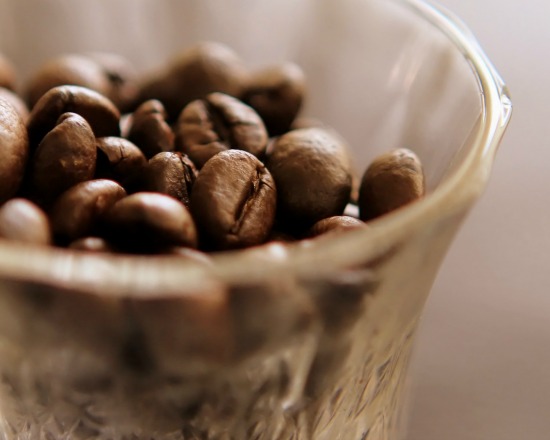 The question of What to Drink New Year’s Eve is jet fuel to much conversation around this time of year. You can’t throw a cork without hitting a story about the seemingly endless December topic of sparkling wine (hell, I wrote one two weeks ago right here). There’s the eager plotting of cocktail construction and celebratory sipping, carefully thought out to get an imbiber from the early evening to the midnight hour and beyond. One friend showed up to my house last week with a Mason jar full of murky, amber-hued liquid that he foisted into my hand, and proclaimed, “Drink this.” It was practice punch for his party New Year’s Eve. Let the revelry begin.

What about the day after, though? New Year’s Day doesn’t get a lot of spirited love. Oh, sure, there’s the parade of brunch tipples — your Bloody Marys and Bellinis and frothy Flips and Kir Royales. (Or if you’re having day-after breakfast with me, riesling. It’s so crazy good with herby omelets and fried potatoes.) But see, all of those things clash with coffee, which I’m definitely going to want to be drinking. Luckily, the good folks at Finger Lakes Distilling solved the problem.

The other day, a funny little kit arrived in the mail — a shorty bottle of White Pike whiskey, a small Mason jar full of ground coffee from Birch Coffee — the Manhattan-based, sustainably minded cuppa-Joe purveyor — and a small sieve with instructions to pour the whiskey over it, let it sit for a full day and then strain out the grinds. Voilà — coffee booze! I’ve done infusions with white spirits and tea before. But coffee? It just never occurred to me. It’s total genius.

Steve Ljubicic, brand manager for FLX Distilling’s White Pike, learned from his bartender buddy, Tyler Drinkwater (could any barman’s last name be more perfect??), beverage director at Midtown’s Harlow, that the guys at Birch Coffee wanted to find a good, local white whiskey to mess with for a cold brew blend. “I figured that combining two of mine and many people’s favorite things couldn’t be a bad idea,” Ljubicic told me later. “We essentially did five parts White Pike to one part coffee. Let it steep for 24 hours and strain it twice.”

Ljubicic advises that you add simple syrup and/or milk as you wish. Or just sip it black in your favorite coffee mug, perhaps. That’s how I like it — the Birch Blend is so rich and just tucks itself all nice and nutty into the full, creamy texture of the White Pike. Mmmm. It’s, uh, a little bit dangerous. But seeing as the furthest I plan to wander from the couch on New Year’s Day is 15 slipper-clad steps away to my stove to stand around and stir a pot of good-luck black-eyed peas anyway, I think it’s worth the risk. Happy New Year.