Has Cold Brew Gone Too Far?

In a city not reputed for knowing its limits, there may be no ceiling on this particular coffee trend. 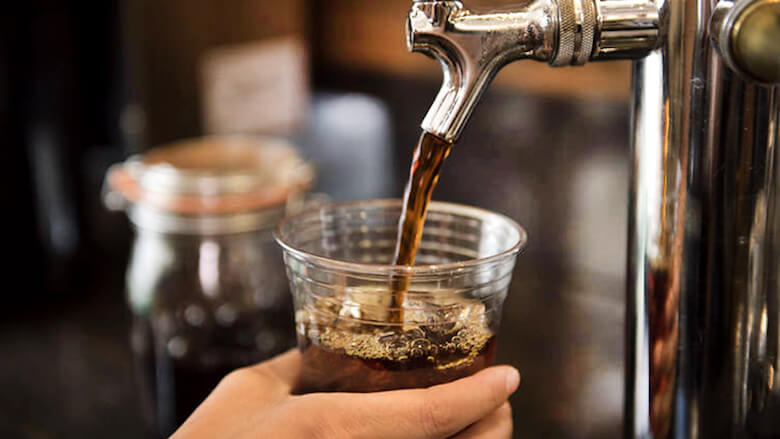 How much cold brew is too much? In a city not reputed for knowing its limits, there may be no ceiling on this particular coffee trend. Whether it’s to slake the thirst of Gotham’s grossest summer day or because you love that cup of cold brew in the snow (these people do walk among us), there are more—inexplicably more—high quality cold coffee options in New York City than ever before.

From its roots as “iced coffee” (aka leftover coffee poured over ice), cold-served coffee has been popular for decades. When specialty shops like Gimme! Coffee and Cafe Grumpy began to spread across the city in the late 2000s, though, slow-drip cold brew soon became the thing. Made overnight in a device like a Toddy or Filtron (think: a giant, uber-unsexy bucket), these concentrated brews were diluted and served to order in cafes, whose biggest concern was keeping the ice machine in good running order.

Stumptown Coffee, which drifted this way from Portland in 2008, didn’t waste much time in flipping most of their Red Hook coffee roasting space into a bottling plant for their iconic cold brew stubby bottles. Other big craft roasters operating in New York with the resources to bottle have done so in spades: Blue Bottle‘s kid’s-lunch-sized cold brew cartons come in a variety of flavors, and Philly-based La Colombe, which has eight shops in the city, offers everything from beer-bottled black cold brew to a valve-canned cold brew “Draft Latte”. Toby’s Estate offers a bottled cold brew blend, and Greenpoint-based Cafe Grumpy offers a single origin Colombian cold brew (in either black, milk, or chocolate milk varieties.)

“The customer demand was there,” says Grumpy co-owner Caroline Bell of the decision to throw their hat into the bottled cold brew ring. “Cold brew was our number one seller and people wanted to get it outside of the cafe situation, but they wanted to get something that tasted like it does at the cafe. People were taking cold brews to the gym, and we wanted something for that customer base,” she added. (Grumpy’s and Toby’s plastic bottles, unlike many competitors’ cans or cartons, are re-closeable and can be tossed back into one’s tote bag for later.)

Those seeking a cold brew fix in the boroughs will find themselves spoiled for choice. A quick scan of the shelves of Whole Foods? More than a dozen ready to drink choices from more than ten brands—and that’s not even counting cold brew “butter” cold brew or the baffling new fruity “sparkling coffee” category. Your average upscale Brooklyn bodega will have at least half of these options. And then there’s Stumptown. 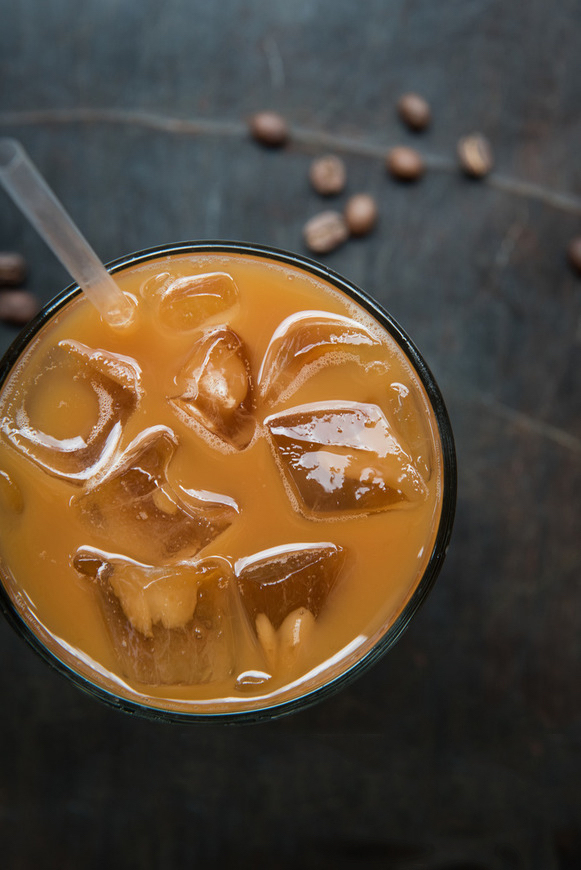 From its roots as “iced coffee” (aka leftover coffee poured over ice), cold-served coffee has been popular for decades. Photo credit: Liz Clayman

A café with 15 cold coffee options

If you’re looking for a cold brew experience that’s truly extra, Stumptown—remember, they were specialty cold brew pioneers—take it to the next level, and possibly several next levels, at their cafe in the Ace Hotel.

Here, you’ll find a cooler filled with one, two, three… wait, is that 11 options of ready to drink cold brew? From nitro to coconut to chocolate to sparkling ginger? Organic single origin? “Winter Cheer” flavor? If you can’t find something you like here, you must be trying to give these drinks the cold shoulder. But wait, then there’s the draft menu, which includes original cold brew, small batch cold brew, nitro cold brew and draft lattes. Unbelievable as it may seem, you can pick from more than 15 cold coffee options here.

“You know, we’ve been doing cold brew for a long time,” said Emily Van Hook, manager of retail marketing at Stumptown. “As everybody else started doing cold brew, as a competitor it’s hard to separate yourself. We have people that are pretty die-hard cold brew fans, and we want to be able to offer them just as high a quality product as we do our hot coffee drinkers. Which is why I feel we have such an extensive line of cold brew,” she continued. “The single origin cold brew that you’re drinking is the highest quality coffee that we have, it comes from a producer just like that single origin bag on the shelf—it’s the same story.”

And though it may be the same story, it’s one Stumptown’s more enthusiastic at telling than anyone else—across all of the regions in which it operates cafes, from often-chilly Chicago to muggy New Orleans. (The latter of which, by the way, shares a name with one of Blue Bottle’s cold brew coffees.)

And here in New York? As sure as anything, the cream will rise to the top in this highly discriminating, no-nonsense consumer landscape. Now whether that’s going to be an almond-milk-esque cream or a chocolate milk blend or the creamy smooth texture of a nitrogen casked cold brew on draft—well, that’s for New Yorkers to decide.