The beer is tailor brewed to pair with the esteemed restaurant’s food. 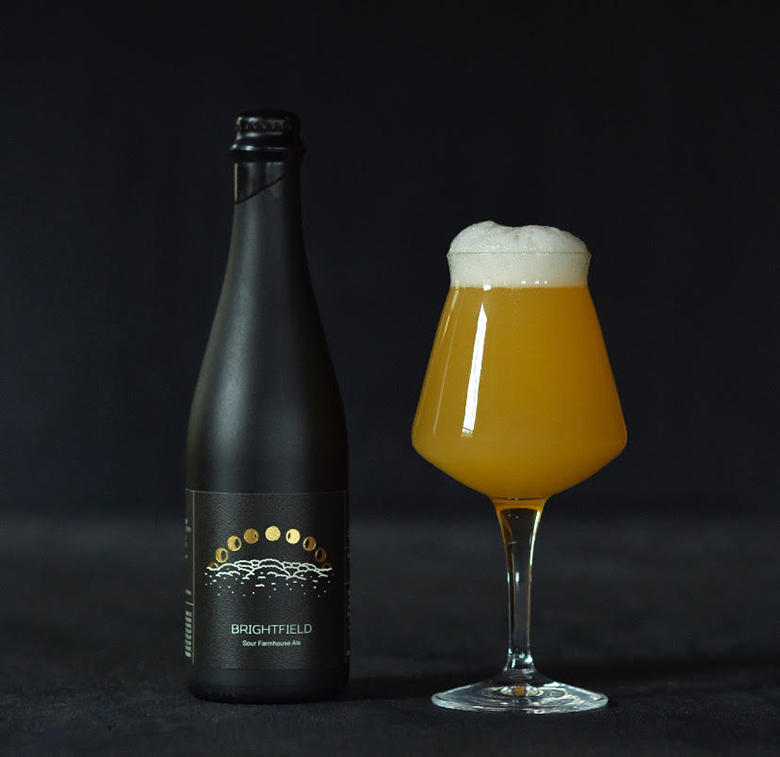 To be featured on the beverage lists at some of New York City’s most revered restaurants seems a very good indicator of a brewery’s quality. But when this mark also includes partnering with these esteemed eating establishments to create exclusive beers that are tailored to pair with their food? Well, to quote Kurt Angle: “It’s true! It’s damn true!”

Such is the case with Hudson Valley Brewery in Beacon, whose weekly releases of limited-edition sour IPAs, produced using an atypical process centered around barrel aging and blending—like Ultrasphere, Incandenza and the rotating Silhouette series—draw long lines of fans eager to score cans. Among the acolytes are respected beverage professionals like Ben Clayton, who leads the bar program at the Blue Hill restaurant in Greenwich Village (and who recently started his own brewing business, FREETHOUGHT). It was late 2017 when he first tasted Hudson Valley’s beers.

From @benoit_linero: Meet you at the bar.

“We were attempting to overhaul the restaurant’s beer list and making the rounds at a distributor portfolio tasting, as you do at those things,” Clayton recalled. “We were determined to find the best beer there, and Hudson Valley was the clear standout. We asked if they wanted to make a beer that day.”

The collaboration happened not long after, resulting in Hylozoa, a bright, citrusy sour ale fermented with microbes collected from raw honey at Blue Hill at Stone Barns (in the bucolic setting of Pocantico Hills, about 30 miles from the Manhattan restaurant) and aged in oak wine barrels for eight months. That was followed last fall by one of my favorite beers of the year: a second version of the same sour, this time possessing greater depth, having matured for an additional 10 months in wood barrels with locally grown tangerine marigold flowers the two sides had foraged on the Stone Barns farm.

Hudson Valley again incorporates local ingredients in its latest collaboration with a fine dining destination in the city (it’s a growing commitment overall). Now, it’s with the NoMad, the marvelous restaurant in the trendy hotel of the same name, on Madison Square Park.

The beer is called Brightfield and is described as a sour farmhouse ale brewed with New York State raw buckwheat and apples, Citra and Mosaic hops, and aged in wine barrels for eight months. Jason Synan, a brewer and an owner of Hudson Valley, says the two sides spent over 18 months developing the concept. 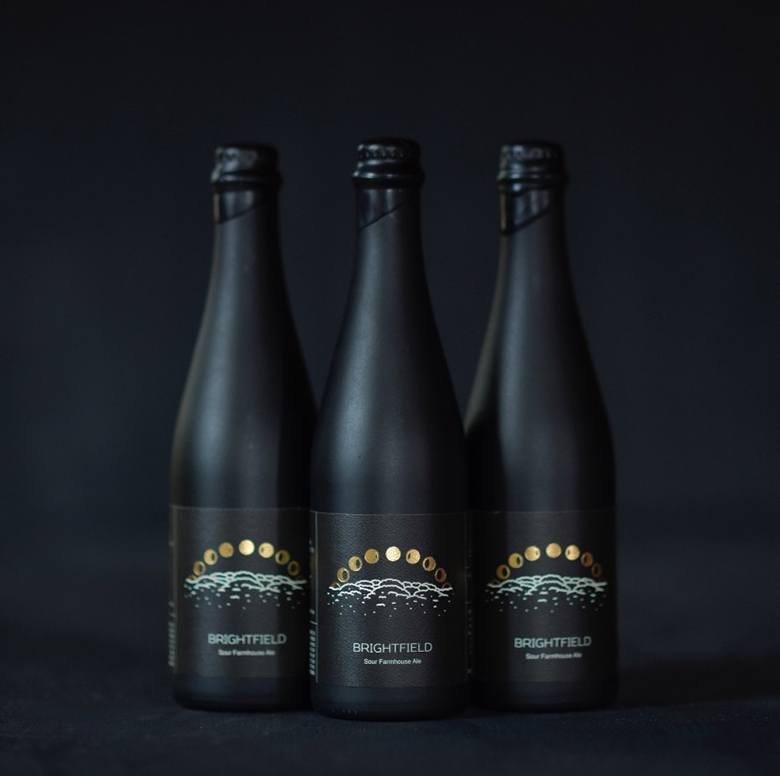 The beer is called Brightfield and is described as a sour farmhouse ale brewed with New York State raw buckwheat and apples, Citra and Mosaic hops, and aged in wine barrels for eight months.

Brightfield was released in 500-milliliter bottles last Friday and is being sold both in Hudson Valley’s taproom and at the NoMad. Below, we spoke with Synan about the inspiration for the beer, and how he approaches collaborating with acclaimed restaurants.

Edible Brooklyn: How did the idea for Brightfield come about?

Jason Synan: The concept came together over the course of the last 18 months, during which we spent a lot of time hanging out with the team from NoMad, both in the city and up in Beacon at our brewery, getting to know each other and becoming friends. Visiting the hotel, we found the labyrinthine series of bars, dining rooms and lounges to be decorated with a level of detail rarely seen, and for the label design we were inspired by the recurring use of dark textiles and gilded accents found throughout the space.

EB: Tell us about developing the recipe, and working with the NoMad team to reach an end product that both sides were happy with.

JS: The recipe for Brightfield draws directly from seasonal ingredients that are often found in the cuisine at NoMad—in this case buckwheat and apples, which are both readily available in our neck of the woods. The end product is the result of countless blending sessions, tasting through barrels with their team, and discussing flavor arrangements.

Soaking up the sun at the Atrium. #thenomadhotelNYC

EB: Tasting the beer, what particularly excites you about it?

JS: There’s this plush mouthfeel from the raw buckwheat, that’s balanced by piquant apple puree and zippy mixed-culture fermentation in the oak. It brings a rounding, vinous character to the beer that pairs nicely with several dishes on the NoMad menu.

EB: When you’re working on a beer not only with a restaurant, but one of Blue Hill or the NoMad’s caliber, do you approach the brewing process any differently?

JS: Our approach toward collaborating with a restaurant such as NoMad begins with research; we want to experience their point of view as faithfully and as thoroughly as possible, building a foundation for understanding of their brand. We’ll read all of the material available: their website, articles written on them, interviews they’ve done with magazines, cookbooks—The NoMad Cookbook is immensely beautiful—or biographies that have been published, and so on. During this phase, we try to enjoy the material and not think too deeply about what the final product would look like.

Congratulations to our team at The NoMad Bar in New York City for being named the Best Bar in North America and #4 in the World at this year’s, World’s 50 Best Bars. Photo by @francescotonelli #thenomadhotelNYC #thenomadbar #Worlds50BestBars

EB: Jeppe Jarnit-Bjergsø, the founder of Evil Twin Brewing, who has also collaborated on beers with many acclaimed restaurants, and who you’ve brewed with, recently said: “The day we start treating our brewery like a kitchen and think like chefs, we win.” Do you agree with him? What do you think he sees as the prize of doing so?

JS: Jeppe is a huge inspiration to me, personally, and I absolutely agree with his statement. When we first opened the brewery, I never imagined that we’d be collaborating with restaurants of such high caliber, but in doing so we’ve discovered a way of thinking about balance and flavor arrangement at Hudson Valley Brewery that is fundamental to our process and contributes directly to our success.

EB: You’ve also made beers with Momofuku and Union Square Café, as well as Death & Co, the famed cocktail den. Are there any other bars or restaurants, locally or outside of New York, that you’d like to team up with?