Agata & Valentina is the Original Eataly

Bringing Sicilian specialties to the Upper East Side. 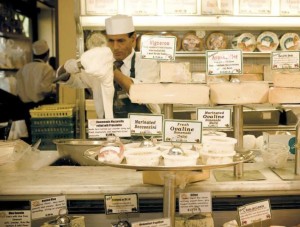 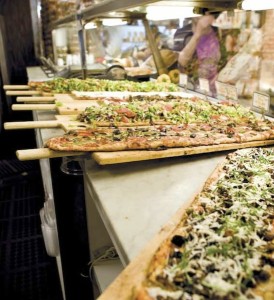 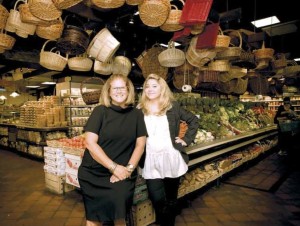 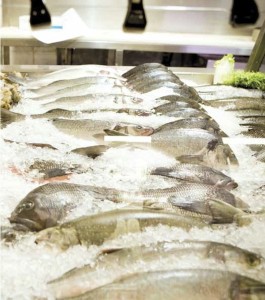 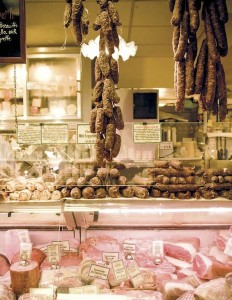 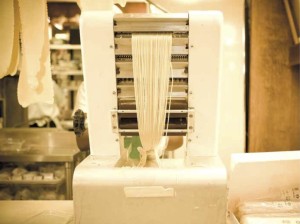 While the rest of the city crowds into Eataly—the artisanal Italian mega market Mario Batali and company imported from Turin to the corner of 23rd and Broadway—we’re not surprised Upper East Siders are keeping mum. Better to keep their supermarket secret to themselves, they’re probably thinking, lest the overflow crowd head north to their prized importer of Italian edibles at the corner of First Avenue and 79th Street. For 18 years Agata & Valentina has been a go-to for goods like fresh mozzarella handmade on the half-hour; fat, fresh Ragusana sausages stuffed with pork, veal, cinnamon, garlic, lemon zest and currants just as they are in the Sicilian town they’re named after; and takeout containers of trecce (sirloin braided with pancetta, Fontina Val d’Aosta and rosemary); thick-crust square pizza pies lauded by Ed Levine and served right from the beloved brick oven; silky ricotta gelato made daily by Lidia Bastianich’s former pastry chef; bottles of rarely seen unfiltered olive oils, hazy green and spicy and fragrant; and just-cut, paper-thin pasta hung from the ceiling to dry, the lacy strands fluttering like so much laundry in the Sicilian sun.

Eataly may be the hottest larder in New York right now—a vegetable butcher is ready to pare and peel on command—but the idea of an inspired-by-Italian-artisans food market in New York City certainly isn’t. The first Balducci’s opened back in 1946, a tiny downtown spot selling incredible vegetables; Dean & DeLuca set up shop to carry then-exotic foodstuffs like bal samic vinegar and sun-dried tomatoes in 1977; and then, in

1993, Agata & Valentina made its debut, marking its territory with specialties from the tiny island at the tip of the boot. (One of their very first employees, by the way, was also of Sicilian heritage: the as-yet-undiscovered Rachael Ray.) And while none of those supermarkets is associated with a superstar restaurateur in orange clogs, Agata & Valentina’s three owners, all in their 50s, are culinary royalty in their own right, a power trio on a firstname basis with many of the best producers in Italy. In fact, they might even be cousins.

It’s family ties, appropriately, that begat Agata & Valentina in the first place. It started with Joe Musco, whose Sicilian grandfather’s Italian imports business has been bringing provolone to the city since the late 1800s; the original Musco office sat next to Vesuvio Bakery on Prince Street. As a co-owner of Musco in the 1980s, Joe traveled to Italy searching for the best cheeses like the gourd-shaped, salty cacciocavalo, or single-estate producers of stone-pressed olive oils (Sicily’s are particularly piquant) stopping in to see family and friends and purveyors, one of them being Torrisi Caffe, the storied 200-year-old coffee roaster run by his future wife’s father. Joe met his daughter Agata, she moved to New York a year later and with her, well, let’s call it urging, Joe decided there was a need in the city for a place that sold the foods they both knew and loved. And so he eventually left one family business to start another, naming the place after his wife and their new daughter. (Valentina joined the company this year after completing grad school in Italy.) Serendipitously, just as Joe and Agata were launching their new venture, another Italian foods family was splitting up. Louie Balducci, who learned the specialty supermarket trade from the time he could bag artichokes at his family’s businesses, grew tired of the internal family squabbles and decided to leave his job as general manager. When Joe got wind—he’d sold products to Louie while he was still at Musco—he begged Louie to join their new venture.

“All of a sudden I got a call from Joe,” quips Louie, “who said, ‘What do you want, what do you need?’ I said, ‘Please don’t ask me to go to Balducci’s.’” And while Joe claims he’s more the business guy—“I can’t cook a lick”—in particular his knowledge of both pizza (the brick oven was his idea, thanks to an old family pizzeria)and produce (he’s the one procuring fine fruits and vegetables like Crenshaw melons, from Turlock, California; Jersey-grown baby fennel; skinny purple Treviso radicchio or Italian cardoons) are key to the supermarket’s success.

But despite the trained palates of Louie and Joe, both of whom help curate the stock—“between me and Agata and Louie, we have 150 years of food experience,” boasts Joe, brandishing a produce knife, a cheese tester and his old handwritten address book of Parma cheesemakers from the top of his desk drawer—Agata is the not-so-secret ingredient in the sauce of this Italian-American operation.  Not because the place is named after her, or even because she made a point to outfit the floor as if it were one she’d visit back home, complete with yards of terra cotta tiles, hanging baskets and a massive old wooden-wheeled food cart—all of which Agata imported, despite the costs, directly from home. No, it’s because of her relationships: If anybody is making anything worth eating in Sicily—or even much of mainland Italy—Agata probably knows them personally, and she and Joe and Louie will visit them on one of their quarterly food-finding trips to the mother country.

Take the jars of pure, incredibly bright-tasting tomato sauce made from a variety custom-grown for the shop (“Agata,” says Joe, “has a friend in Umbria.”). Or a new line of rustic dried spaghetti, imported from a pasta maker in the Marche region who extrudes the strands through old-fashioned bronze dies and slowly dries them on wooden dowels.(“Agata found this guy in the mountains.”) That jar of blood orange marmalade made just for the market from hillside groves near Agata’s hometown? “Those took months,” says Joe. There are countless other examples of tastes you’ll likely only find at Agata & Valentina—those spicy-sweet Ragusana sausages, oil from Coratina olives grown on one Apulian farm, Christmas panettone that’s so pillowy soft it melts in your mouth—thanks to Agata’s personal relationships and her knowledge of her ancestral terroir.

“I’m a Sicilian through and through,” she says. “In my blood there is orange juice.” The goods on offer make home cooks swoon—150 kinds of fresh bread, including wedges of focaccia baked in the shop’s brick ovens; the towering cheese displays that stock saffron-scented rounds of Sicilian piacentinu as well as domestic rounds like Nettle Meadow Kunik; the white-aproned butchers (all meats cut in-house); the yards of salumi, like speck and extra-spicy Sicilian pepperonis; the pastas from tagliatelle to fluttery fiocchi stuffed with pears, parmigiana and robiola; the cappuccino bar stocked with crumbly, lemony Sicilian pistachio cream semolina cookies, and the gleaming fish counter featuring scallops, squid, codfish and fluke sourced directly from Montauk boats by Kenny Kang (once immortalized for selling filets to chef and regular Eric Ripert in a Gourmet magazine piece on how to shop for fish). But customers also come to Agata & Valentina for Agata’s own cooking.

offers States standards like mac and cheese, while a full-time pastry chef produces the stellar sweets and gelati (scoop flavors include olive oil and ricotta)at another kitchen across the street—the dishes Agata designed are pretty much straight from her soul. (All are prepared to her specifications with help from an executive chef and more than a dozen staffers in the basement.)

There’s her tart-sweet caponata salad and tubs of her bright marinara; her braised Tuscan kale with veal stock and garlic; a layered dish of thinly sliced potatoes, parmigiana, prosciutto and butter;

Sicilian-style swordfish with capers and parsley, and of course, all those fat, olive-oil-kissed, tomato-topped wedges of Sicilian square pies baked in that brick oven. Every night after 4:00 p.m.  they serve hot plates like fresh tagliolini with mushrooms, whole roasted fish or Sicilian-style cauliflower roasted with anchovies and breadcrumbs from the counter now affectionately called “Angolo di Agata,” or Agata’s Corner. (Wish you could cook like this yourself?  Check out her weekly recipes in the supermarket circular online.)

“How do you make your stuffed zucchini flowers again?” a regular named Rose asks Agata one evening, even as she admits she probably won’t attempt them: “I never cook anymore,” Rose says with a smile toward Agata, “because of the store.”

“I grew up more or less in food,” says Agata as she slices off a few rounds of the store’s minutes-old mozzarella, its creamy, salty ribbons still wonderfully warm and wet. “Everything was food, food, food. I love to eat well. And I loved New York, but the food, when I came here in 1982…” she shrugs. “I was complaining, complaining all the time. I was going crazy here because the food here wasn’t as good. I grew up on an island. The fishermen would fish, the fish would be on my plate two hours later. You can’t get any better than that.”

And while it’s still a long trip from the isle of Manhattan to Agata’s ancestral home in the Mediterranean, our suppers, at least, can now easily summon the spirit of Sicily.