Salt can be made in New York City, staggeringly easily. 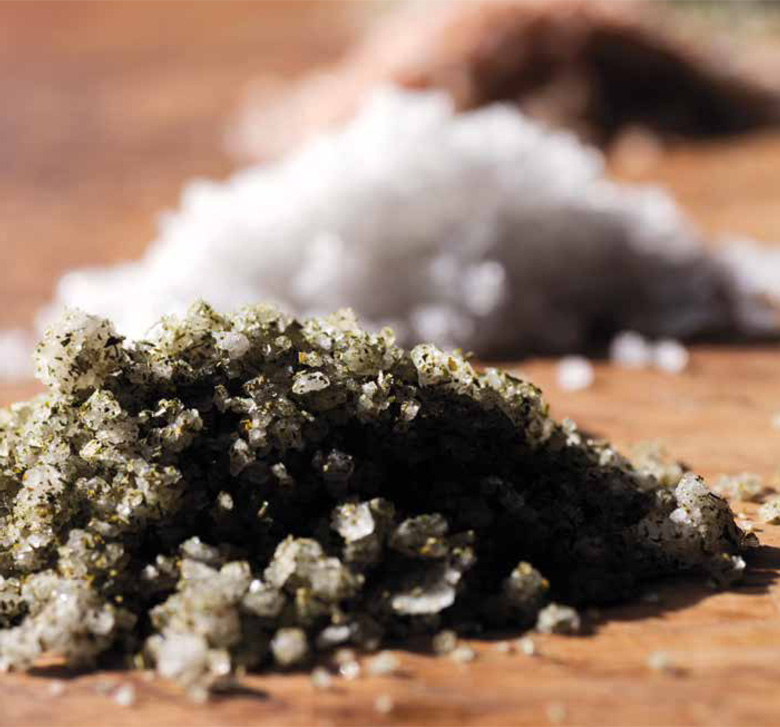 It’s hard to accuse New Yorkers of missing the forest for the trees. In Manhattan, at least, there are few trees and even less forest. But the phrase can, I think, be applied to city locavores, a group who pay a premium for Brooklyn-foraged cress but have long overlooked a more elemental ingredient: salt.

How many Greenpoint rooftop collards have been sautéed with Saugerties garlic, only to be finished with fleur de sel from France’s Ile de Ré?

But salt can be made in New York City, staggeringly easily. Sandy reminded us all that we are a city by the sea, complete with bays, bights, kills, creeks and tidal estuaries. Salt sources literally surround us, and yet the ingredient has never been made in Manhattan.

Ethan Gallagher, 35, and Sarah Sproule, 26, are changing that. Last year, the two founded Urban Sproule (like her name, that’s pronounced Sprawl), makers of premier New York sea salt drawn from our very own waters. Sproule, a culinary school graduate, met Gallagher, a soft-spoken former medical social worker who for the past three years served as the volunteer coordinator at the Union Square Greenmarket, at a Greenmarket volunteer orientation. Over a cooking lesson given to Gallagher’s ex-girlfriend, the absurdity of a salt-less Manhattan occurred to them and so they decided to create their own urban salt farm.

On a recent windy day, the couple met me in their salt fields, which happen to be a Midtown rooftop. “This is it,” Gallagher said. “It” consisted of a couple wheelable crates filled with rows of food trays. It turns out making salt is really simple. “Basically,” he explained, “we fill these trays with salt water and then wait.”

Was there anything more to it?

“Not really,” shrugged Sproule. “We put the water in the trays and wait four to six weeks, depending on the temperature and the wind, and then we have salt.” Five gallons of seawater yield a pound of salt, she explained, sifting her fingers through a tray of large, irregular crystals of snowy white. “It’s pretty simple”—though it is simple partially for the couple’s insistence on solar-powered evaporation, as opposed to the more aggressive methods of industrial salt manufacturers.

Gallagher and Sproule, of course, are also being modest about the simplicity. For though the process of salt making is simple, choosing which water from which to draw the salt takes some thought.

At first, said Gallagher, they wanted to make salt from each of the five boroughs. “But we tried with Coney Island salt and it was just gray and gross,” chimed in Sproule. Eventually, using their Greenmarket connections, Glenn Bickleman and Charlie Corriss of American Seafood, agreed to fill five-gallon buckets with ocean water drawn 30 miles off the Montauk coast. “I want my salt,” says Gallagher, “to come from where my fish comes from.”

One of their first sales was to Union Square Café, where their salt anoints scallops; Magnus Nilsson, the famed foraging Swedish chef, was also converted during a recent Greenmarket visit. “He went nuts,” said Sproule. “He loved it.”

But such passion shouldn’t be reserved for chefs.