David Wondrich’s New Book Will Leave You Pleased as Punch

And maybe a little punch drunk as well. 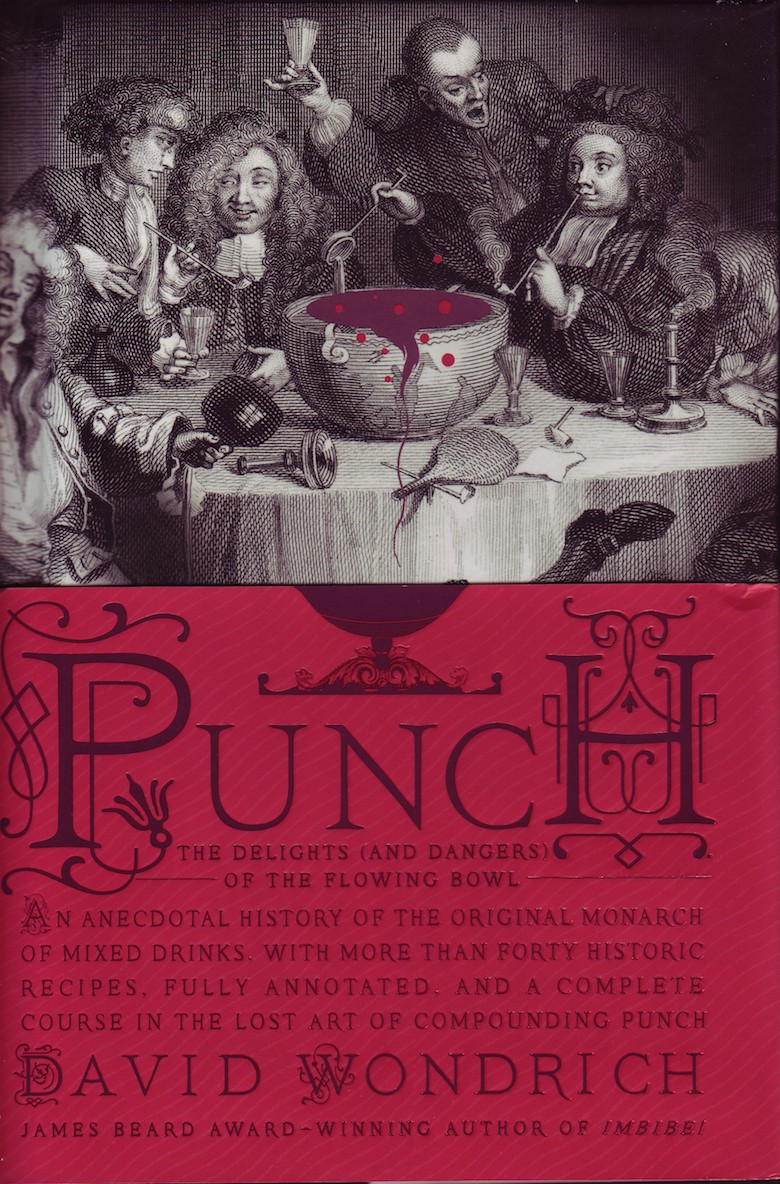 We’re punch-drunk on David Wondrich’s new book, PUNCH: The Delights (and Dangers) of the Flowing Bowl (Perigee; November2010; $23.95) and his love for the libation’s legacy inspired us to join him at the bowl and ladle out some questions.

What, precisely, is punch?

Well, there’s punch and there’s punch, just like there’s anything served in a martini glass, versus a mixture of gin and dry vermouth, stirred with ice to chilly perfection and pointed up with a twist of lemon peel or an olive. Originally, punch was a simple, even elemental mixture of booze—arrack, brandy or rum—with sugar, water, citrus juice and a bit of spice. Now, it’s pretty much any drink you serve by the bowl except eggnog and sangria. My book is about the original kind.

Why a whole book about it?

Punch was the social drink of choice for almost 200 years, an English sailor’s drink that colonized high society and made spirits safe for respectable people to drink. Well, semi-respectable, anyway:

A lot of merchants drank it, but so did a lot of pirates, poets, soldiers of fortune, dissipated aristocrats and other sporty types. In other words, it’s got stories. Plus punch is the laboratory in which all the basic principles of mixing drinks as we know them today were developed.

Why does punch deserve a renaissance?

Because it’s delicious. And nothing beats clustering with friends around a bowl of real punch and watching the time slip away.

Tell me a bit about NYC’s role in punch history, and vice versa.

New York was raised on punch. From the 1680s to the 1830s, it’s what people drank here, by the glass or by the bowl. One of my favorite old New York customs was the New Year’s call, where the men of the house would go and call at each of their friends’ houses in turn, while the women received callers with punch. I wish we could bring that back.

Where can I get real punch in NYC today?

Some of the cutting-edge cocktail bars like Clover Club or Death & Co. send a bowl to your table. But the best place to have it is at home—making old-school punches is usually surprisingly easy. Even ingredients for the exotic ones are no problem in New York: Just get some Batavia Arrack from Astor Wines & Spirits, some palm sugar from Kalustyan’s and some limes, and you can be drinking a 17th-century East India Company punch in no time.

Manhattan Island Punch
Adapted from Haney’s Steward & Barkeeper’s Manual (1869)
Makes 25 3-oz. servings.
With a swivel-bladed vegetable peeler, peel a large, fresh orange in a spiral. In a heavy heatproof bowl, muddle the peel with a cup of fine-grain raw sugar and let sit for an hour or two. Add a quart of boiling water and stir until sugar has dissolved. Add the strained juice of 3 large oranges (approximately 1½ cups of juice), 1 cup of Batavia Arrack van Oosten and a 750-ml. bottle of VSOP-grade cognac, such as Martell or Ferrand Ambre. Stir, let cool, add a block of ice (made by freezing a bowl of water overnight) and grate nutmeg over the top.