Using New York corn, the East Harlem bakery’s method is as simple as it gets. 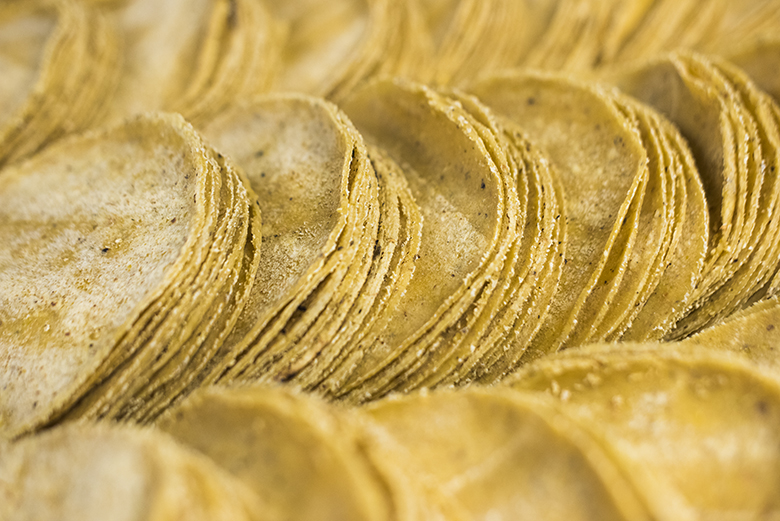 In 2008, Hot Bread Kitchen founder Jessamyn Waldman Rodriguez chose tortillas as one of the company’s first products, an effort in part to re-create a special Guatemalan experience of women daily milling corn for tortillas.

A familiar smell can transport you thousands of miles away. This was at least the case for me when I visited Hot Bread Kitchen’s (HBK) East Harlem bakery early on a Monday morning. I was no longer at 115th Street and Park Avenue but in Zurzular, a small Honduran town where I first learned how to make nixtamal tortillas. The smoky, sweet smell put me on top of a mountain, portioning dough and flattening it on a press. I blinked and was back in the commercial kitchen, the Metro-North rattling overhead, as tortillas slid down a conveyor belt. 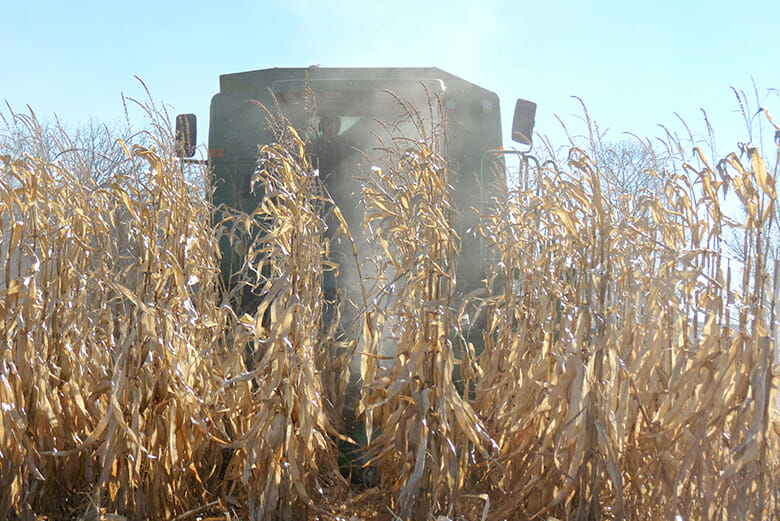 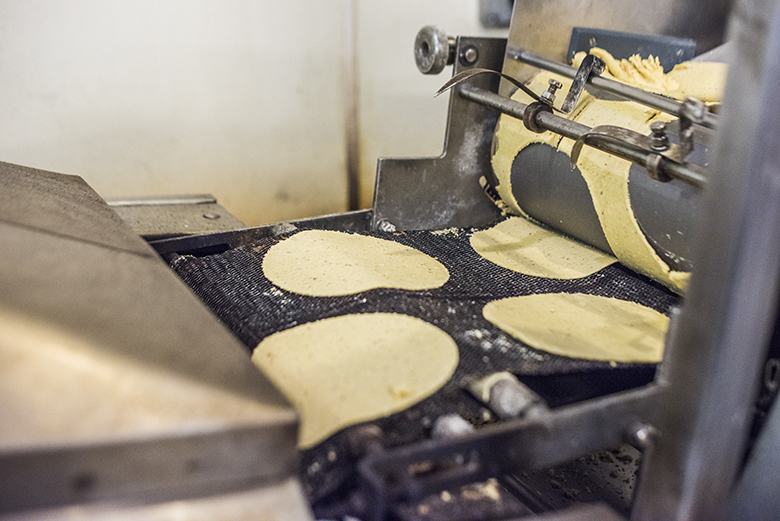 This specific daydream was not all that different from one had by Jessamyn Waldman Rodriguez, the founder and president of Hot Bread Kitchen. When asked why, in 2008, she chose tortillas as one of the company’s first products, she recalled three months when she lived in Guatemala. “I went to the mill every morning. It was the local spot where women went every morning to mill corn for tortillas.” When she founded HBK, she wanted to help bring a similar and special experience to other people, too.

Despite her desire to launch a top-notch tortilla line, Waldman Rodriguez was at a loss for where she could find a corn dense enough for nixtamalization, otherwise known as a centuries-old and necessary step in the traditional nixtamal tortilla-making process. The technique comes from Mesoamerica, where maize was originally cultivated and the Aztecs found that grinding their corn against limestone decreased digestive issues and gave them energy. Now, instead of using limestone, corn for nixtamal tortillas is partially cooked and soaked with calcium hydroxide, more commonly known as “cal,” which is the as-simple-as-it-gets method Hot Bread Kitchen uses. 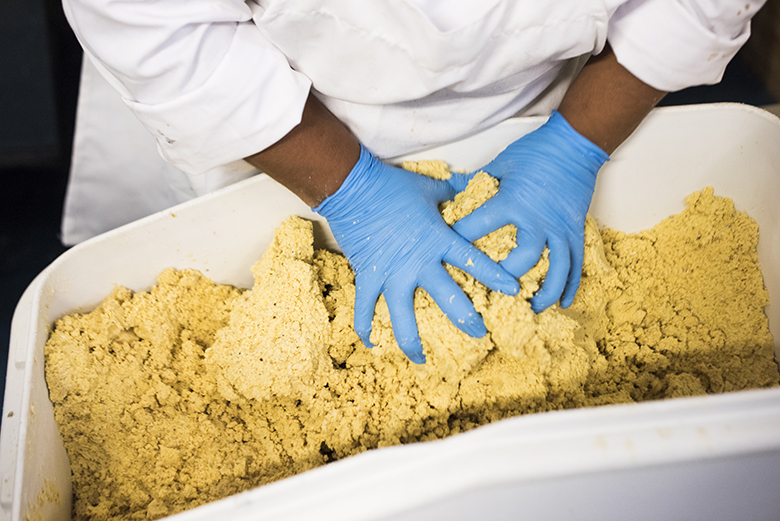 Despite her desire to launch a top-notch tortilla line, Waldman Rodriguez was at a loss for where to find a corn dense enough for nixtamalization, a centuries-old and necessary step in the traditional nixtamal tortilla-making process.

Waldman Rodriguez first found a store in Bushwick where she was able to purchase three or four pounds of acceptable corn, which sufficed while they were at a small scale. But as the business grew and Hot Bread Kitchen became interested in selling their products in Union Square Greenmarket, they needed to find a local farm to supply their corn.

Producers who sell at the Greenmarkets must use a minimum of 15 percent regionally grown and milled grain in their products, so this time Waldman Rodriguez extended her search to the local grain market and found a non-GMO yellow corn grown by Oechsner Farms in Newfield, New York. The farm, started by Thor Oechsner in 1991, had already been growing food-grade corn for Farmer Ground Flour, the upstate mill he’s part-owner of, before he started supplying HBK. Today HBK makes three types of tortillas: white, yellow and blue; the yellow are their only tortillas made with locally grown corn. 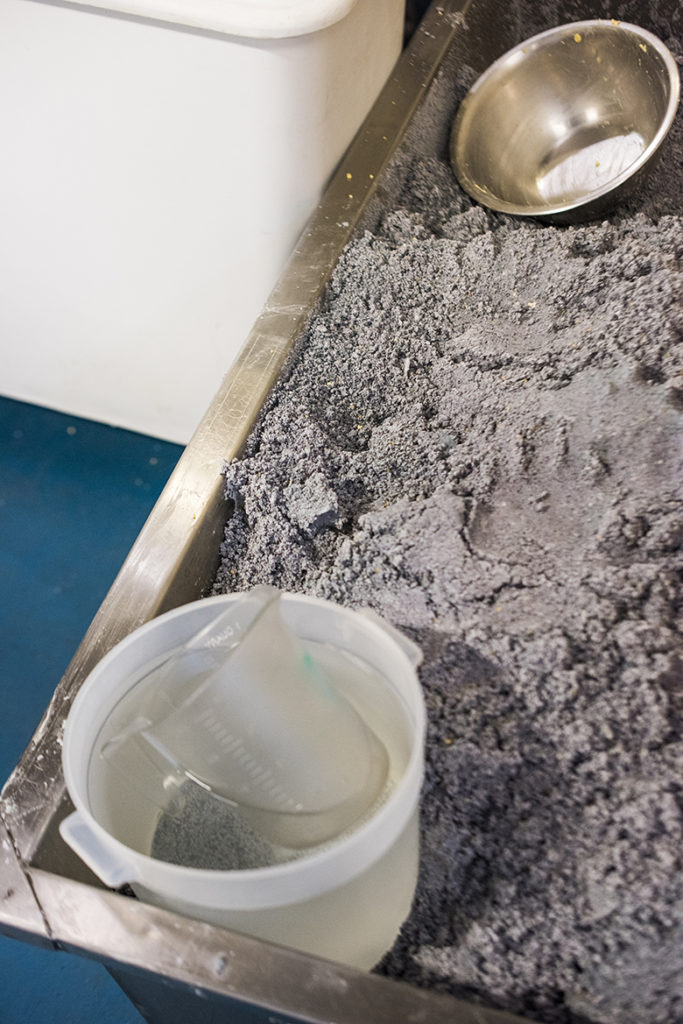 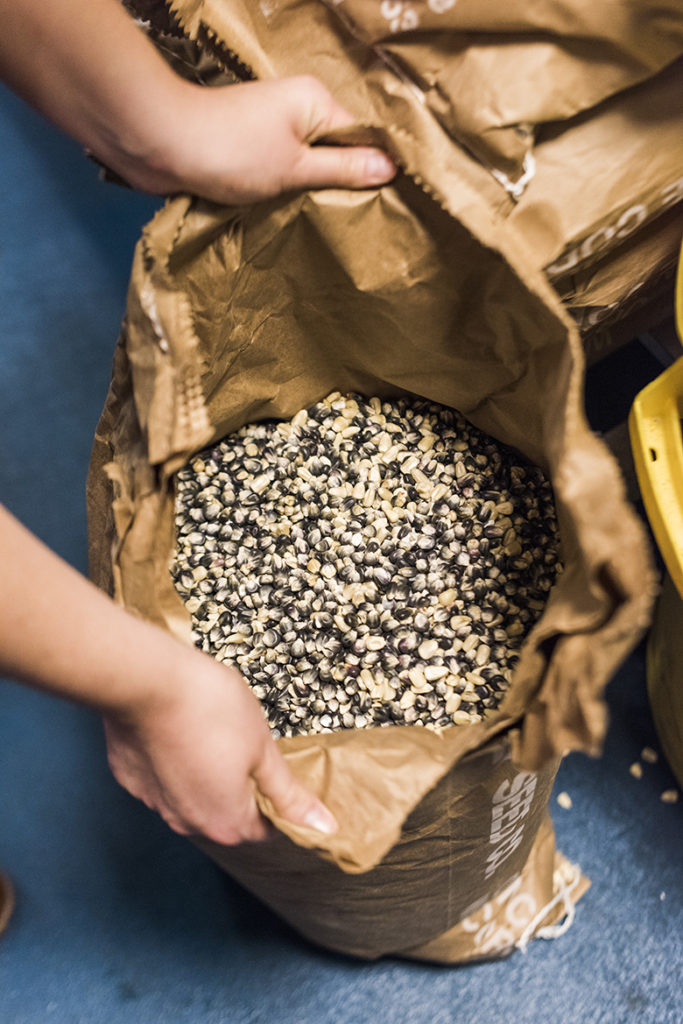 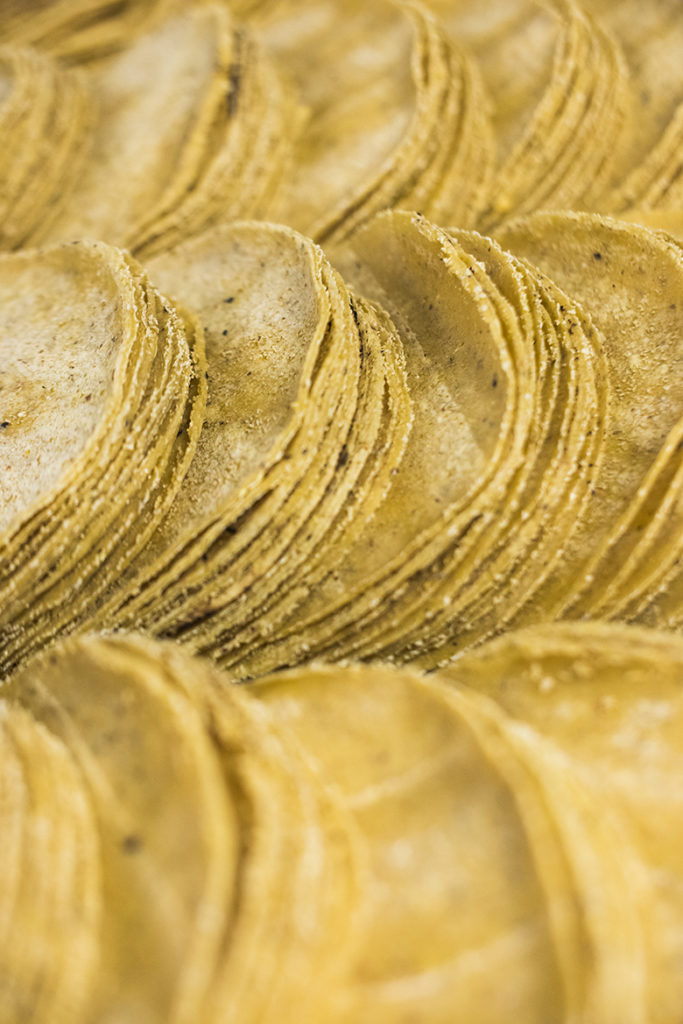 Of course the corn quality would fall flat without the culinary skill of the HBK women making the tortillas, and according to Waldman Rodriguez, their line would not be possible without Nancy Mendez. Originally from Puebla, Mexico, Mendez has spent the past 15 years in New York, over eight of them at Hot Bread Kitchen. Mendez arrived at HBK while the tortillas were still being made with a hand press and a bike-powered grinder for the corn. “When I arrived, we used to make the tortillas by hand,” she said, “and I remembered when I was a little girl, about 10 years old, in Mexico, watching my grandmother make tortillas the same way. The recipe was the same and so was the tradition. When I came here, I didn’t lose the tradition.” Part of that practice is celebrating holidays as she would in Mexico. “For Christmas, we use tortillas for tostadas and flautas, and corn in pozole and tamales.” 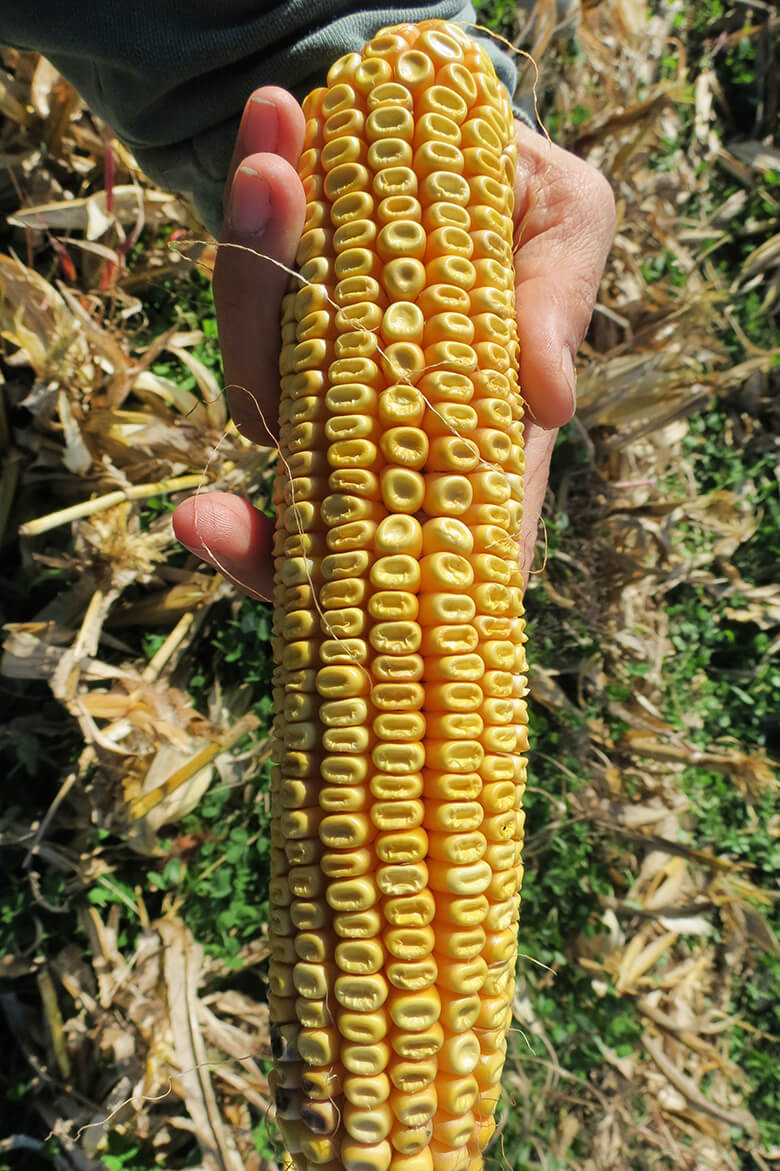 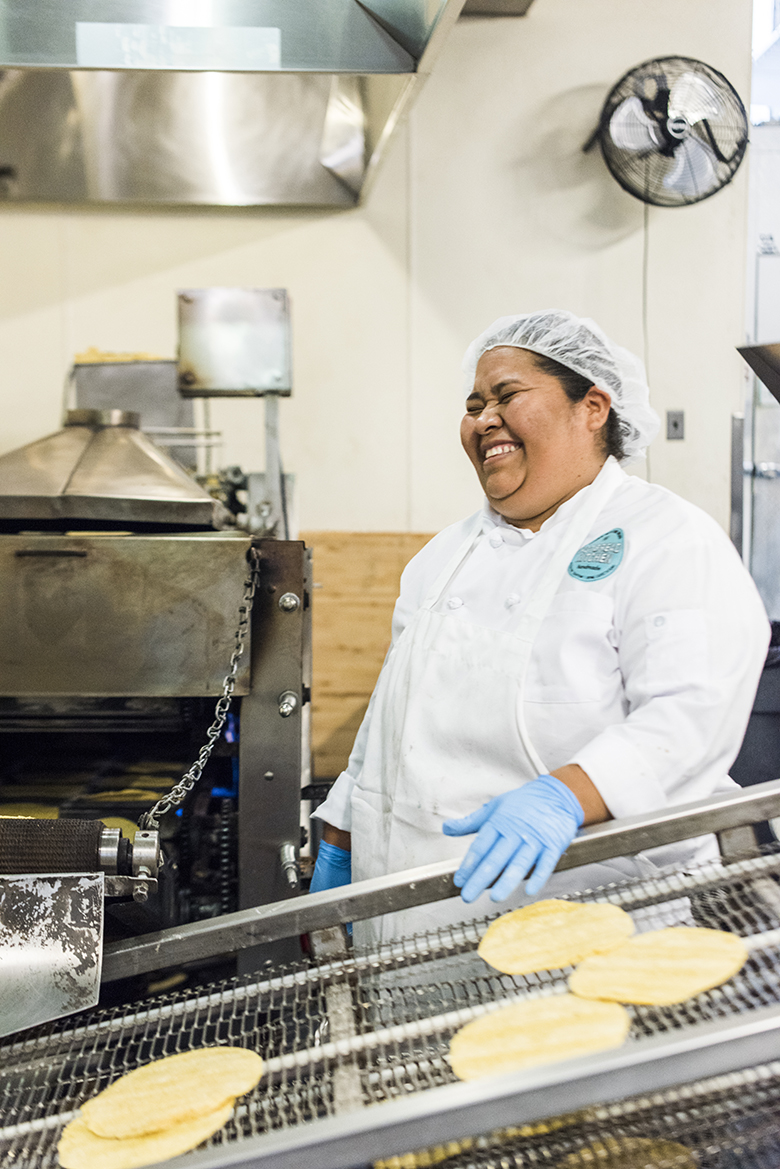 When HBK grew out of their hand press and bike grinder and needed a tortilla machine that would make the process more efficient, Waldman Rodriguez was ready to do whatever it took to maintain their recipe. She even went to Los Angeles to meet with a man who made the necessary equipment and worked with Mendez back in New York to make the custom changes and repairs so that they could keep using their traditional approach that they have no intention of stopping, no matter their scale. “In other companies, the tortillas contain preservatives,” says Mendez, “here, it’s the same recipe I learned in Mexico: cal, water and corn.”