Finding Wine: Now There’s An App For That

This new shop’s app lets you sip and rate, then suggests bottles you’ll likely like. 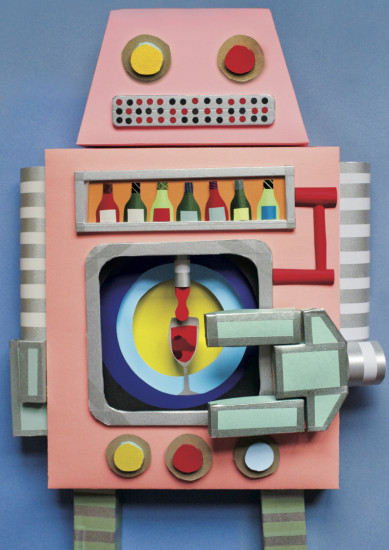 Gary Landsman, owner of the soon-to-open East Village shop Taste Wine Company says customers shouldn’t have to buy a bottle only to learn afterward that they don’t like it. So he’s applied for a patent on a proprietary app he’s developed, which allows customers to earn points by rating wines or posting comments on social media. As the app gets to know customers, it recommends bottles based on past purchases and preferences.

Here’s how it works: Customers earn 100 points when they download the Taste Wine app and may sample up to six wines — at one ounce a pop — in the store at a time. Points correspond to a wine’s price (tasting from a $20 bottle will use 20 points), but customers can earn points by rating what they’ve tasted.

“I’m removing the gamble,” says Landsman, who previously worked for distributor Royal Wine Corp and says too many wine shop experiences are akin to walking into a shoe store, asking for, say, “something black” and getting a sealed shoebox that you can’t open till you’re home.

Enomatic dispensers will be used for the tastings, though Landsman says the machines are not reliable for carbonated drinks, so Champagne and other bubbly will be poured by the store’s staff at evening tastings.

Taste will offer about 150 wines, including about 10 to 15 made in New York. Most of the inventory will be “unusual wines that don’t have wide distribution,” Landsman says.

Customers will be cut off after six free ounces of vino as per New York State Liquor Authority rules, but Landsman hopes for lots of tasting — and clicking. When people rate wines they’ve tried, he says, “it informs the algorithm.”