Inspired in Spain, This Couple Makes Serious Cider in Their Chelsea Apartment

Returning to New York after making wine in Spain, they turned to the state’s most famous fruit. 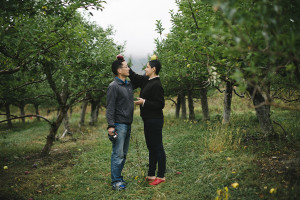 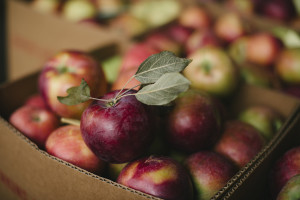 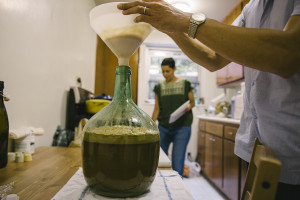 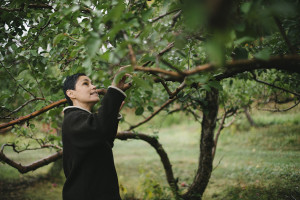 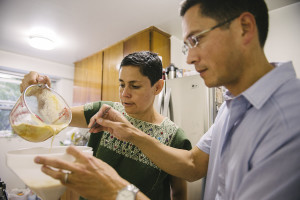 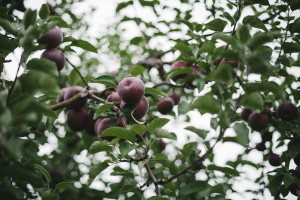 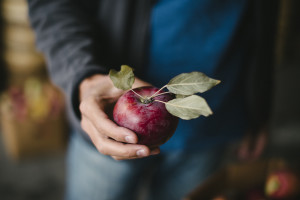 Lisa Parra and Tim Fujioka hadn’t planned to make hard cider. In the beginning, they had another fermented fruit juice in mind.

The Los Angeles natives had first forayed into fermentation in Spain, where Lisa worked as a dancer and choreographer and Tim had a fellowship to study Spanish literature from 2007 to 2011. At the Madrid market, friends bought crates of beautiful garnacha grapes and, inspired by the many homemade wines they’d tasted during their travels around the country, they thought — why not make our own wine?

“The grapes were so fresh, we wanted to ferment them naturally, so we pressed them with our hands in an olla (stockpot), covered it with cheesecloth and then let it ferment, without adding yeast, on its skins and stems, in our bedroom,” Tim recalls. “We didn’t really know what we were doing and I didn’t think it would work, but it was amazing.” Eventually they invited guests for tapas and uncorked the bottles. “Our friends loved it,” Lisa says. They were hooked.

But when they returned to Manhattan in 2011, they say they couldn’t get good grapes, and turned instead to New York’s most famous fruit: apples.

After all, during a monthlong residency in Bilbao, in the Basque region, they had tasted Spain’s justifiably famous ciders. Apples are better suited than grapes to the cooler climate of the northern regions known as España Verde, so cider is the drink of choice. There Lisa tried the famously tart and acid sagardoa. Her first encounter with a cloudy bodega-bought bottle nearly stripped the varnish off her teeth, but after trying more polished versions, she grew to appreciate their sour and tart flavor profile, using it as a benchmark for the ciders she and Tim would eventually make back home.

Unlike true Basque ciders, which are fermented with wild yeast and are still (not sparkling), Tim and Lisa use Champagne yeast and want bubbles, so they add sugar to encourage a secondary fermentation in the bottle.

Luckily, we’re in the midst of an American cider renaissance. Although Prohibition rebranded apples as a sweet fruit for a kindergartner’s lunchbox, today Americans are rediscovering our ancestral alcohol. As makers create a diverse array of dry, still and flavored ciders, some orchardists are again planting back the knobby, tart and russet heirloom varieties prized for cider.

Meanwhile, in search of good fruit for fermentation, Lisa and Tim reached out to the Hudson Valley’s famous fruit growers. “We went to Jenkins-Lueken Orchards in Gardiner and asked them to recommend the kinds of apples that would be best for making a tart cider,” Lisa says. They drove up to the Hudson Valley to load up on the fall harvest, brought the apples home to Chelsea, pressed them in a conventional juicer and made a batch of cider they thought was decent enough to keep trying.

Unlike true Basque ciders, which are fermented with wild yeast and are still (not sparkling), Tim and Lisa use Champagne yeast and want bubbles, so they add sugar to encourage a secondary fermentation in the bottle. After experimenting with a few different methods and apples, by 2013 they settled on equal parts Mutsu and Macouns and last year graduated to making a single-varietal from Northern Spy, a New York native whose sweet and tart qualities are perfect for cider. This year they plan to experiment with local hops.

While the homemade cider’s not for sale, each year the couple gives bottles to a few lucky friends. One of the cider’s biggest fans is none other than chef Anita Lo, who has known Tim and Lisa “forever,” as she puts it, since back when she was head chef at Mirezi, where Lisa was a hostess and Tim tended the bar. Eventually Lo was “best man” at their wedding and describes the cider they now make as excellent.

Purists may quibble that quality cider should only be made with apples bred for fermenting, not eating, but if an L.A.–born couple of Mexican, Japanese, Irish and German heritage decide to make their own version of a Spanish cider from dessert apples in Chelsea, why not? Not many of us can say we’ve made a cider in our apartment that Anita Lo is proud to drink.